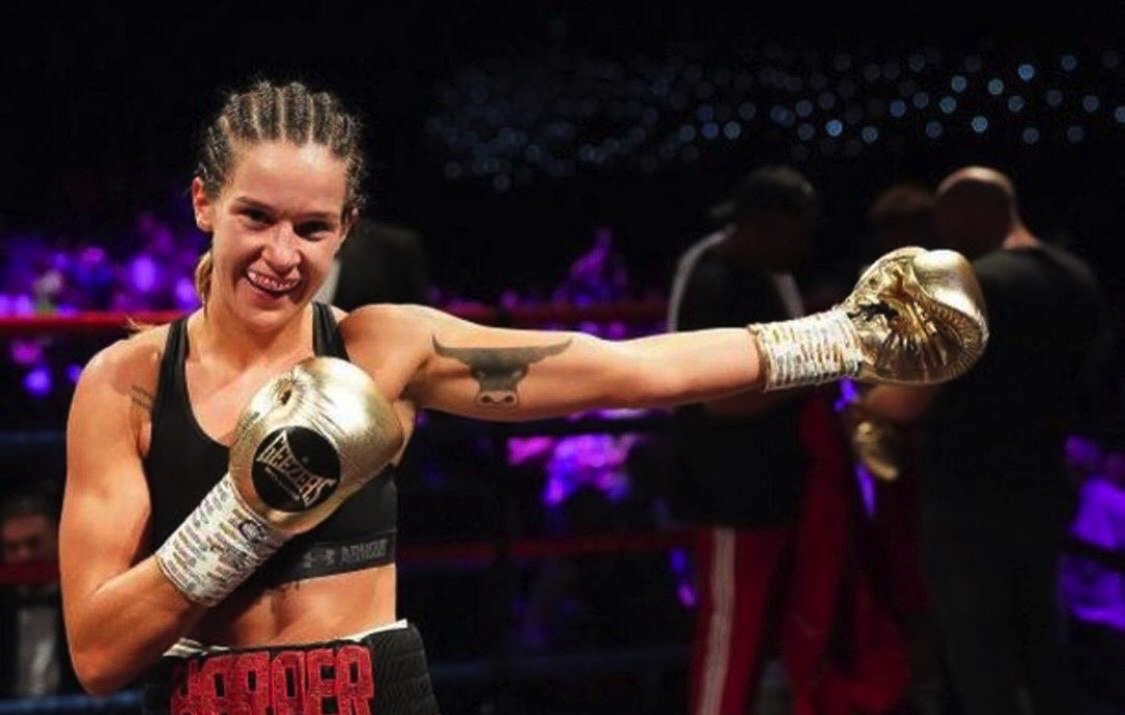 Terri Harper says she is expecting a “wild” fight with Viviane Obenauf in the first defence of her IBO Super-Featherweight World title at Manchester Arena on Saturday November 2, shown live on Sky Sports in the UK and DAZN in the US.

South Yorkshire’s first female professional boxer is all too aware of the threats posed by Obenauf, a two-time World title challenger from Brazil who took Undisputed Lightweight World Champion Katie Taylor the distance at Manchester Arena in 2016.

Obenauf (14-5, 7 KOs) was most recently seen on these shores blasting Liverpool’s Natasha Jonas in four rounds to earn the WBA International Super-Featherweight title in Cardiff, but Harper insists that she won’t be lured into a shootout with the 33-year-old.

“We’ve watched a lot of the stoppage win she got against Natasha Jonas. Obenauf is a bit unorthodox and a bit wild. It’s about being smart and making sure that I don’t get caught with silly shots. This is exactly the type of fight I wanted for my Matchroom debut and I think you’ll see another level to my game.”

Harper joined the pro game in November 2017 after a successful stint in the amateurs that saw her win three national titles and take home a silver medal for England from the European youth championships in Poland in 2012.

Irish star Taylor has paved the way for women’s boxing in recent years and has long been someone that Harper has looked up to throughout her amateur and pro career. ‘Belter’ is delighted to be fighting on her undercard as she strives to create even more history by becoming a two-weight World Champion.

“If someone had told me two years ago that I’d be boxing on the undercard of a Katie Taylor World title bill I would have just laughed,” added Harper. “Funnily enough my birthday is on November 2 so I’ll be hoping to celebrate in style with a big win.

“Before we got the fight date my partner was going to buy me tickets to be sat at ringside for the Katie Taylor fight. I think she’s quite happy now she’s saved herself a bit of cash! It’s a real honour to be fighting on her undercard. Us women can box and we do deserve to be on the big stage.”

Harper vs. Obenauf is part of a huge night of boxing in Manchester.