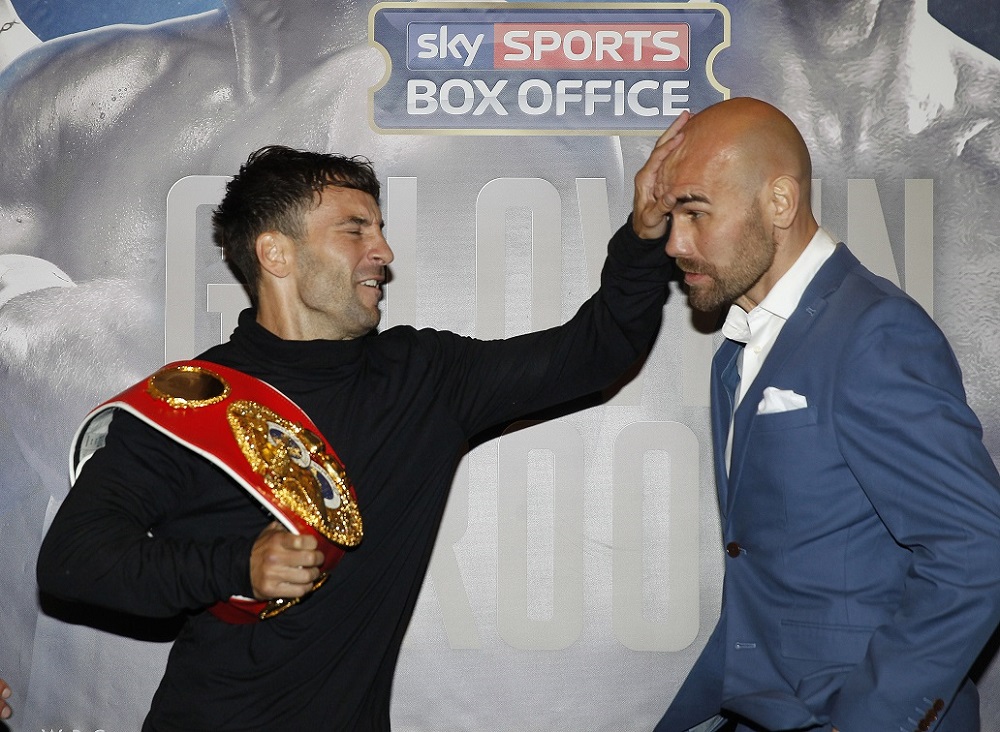 Lee Haskins has told Stuart Hall that he’ll KO him in six rounds when they clash for his IBF World Bantamweight title at The O2 in London on Saturday night, live on Sky Sports Box Office.

Hall believes Haskins is not a true champion after he was elevated from interim to full IBF ruler when Randy Caballero failed to make the weight for their proposed clash in Las Vegas in November.

Haskins defended the belt for the first time in May with a wide points win over Ivan Morals in Cardiff, setting up a rematch with Hall who defeated Rodrigo Guerrero a month earlier in a final eliminator in Leeds.

Haskins holds a win over Hall back in July 2012 when they met for the European title and their bitter rivalry was born. Haskins has laughed off Hall’s attempts to rile him by saying he was gifted the strap he defends – and Haskins told Hall in no uncertain terms that he would stop him before the halfway point.

“Stuey had a dig about me being ‘given’ the World title,” said Haskins. “He made out that I was too scared to fight Caballero which is one of the most ridiculous things I’ve ever heard. If I didn’t fancy it, I would have pulled out of negotiations let alone travel to Las Vegas after a gruelling training camp.

“I was the one that made weight. I trained hard, gave everything in that camp and I earned my spot. Yes, it was given to me, but what am I supposed to do? Stuey would have done exactly the same and he knows it. Anyone would. It wasn’t the nicest way to win a World title, but I deserve it for what I’ve won in the game – no-one can begrudge me that.

“Caballero was 5.5lbs heavier on the scales. He could have easily been a stone heavier than me on the night – it gets very dangerous then. There was no way the fight could take place, you can’t put a figure on that. If I wanted to fight guys a stone heavier, I would move up a few weight divisions.

“I meant what I said at the head-to-head with Stuey, he is getting stopped in six rounds. Yes, I’m expecting a tough fight as he is a tough man and we have both improved since our last fight, but I will have far too much for him. He has my undivided attention for this fight, I’m relaxed because I’m confident I have too much in every department for him to handle.

“I’m taking him seriously and put all the effort in to this camp – I will reap the rewards after. I may have been ‘given’ a World title in his words but there is no way I’m giving it up without a fight. It’s mine and I’ve earned it.”

Haskins’ clash with Hall is part of a blockbuster night of World title action in London topped by the mammoth WBC, IBF and IBO World Middleweight battle between Gennady Golovkin and Kell Brook.