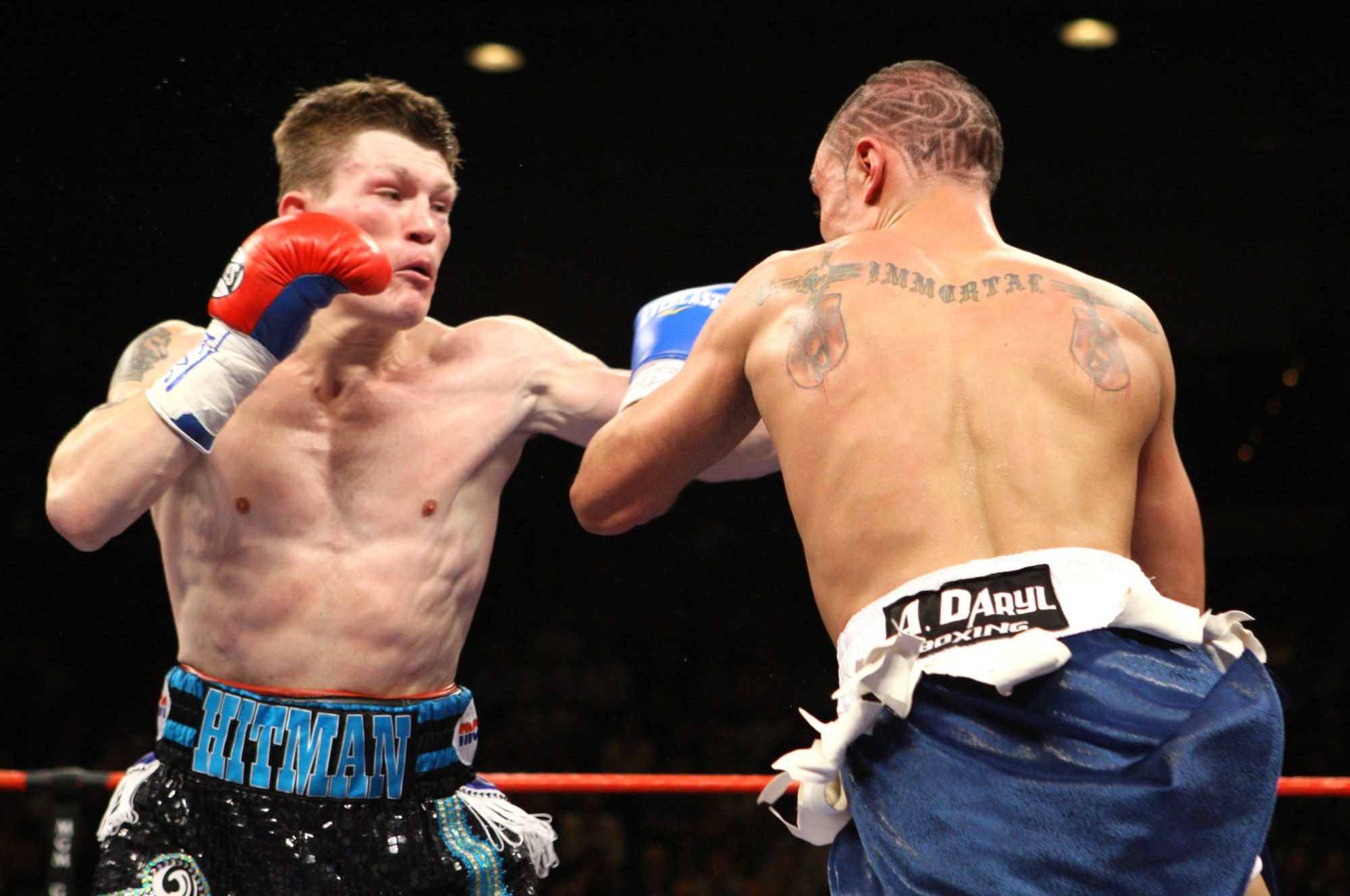 Ricky Hatton has backed Anthony Crolla to become the first Englishman to win the Ring Magazine Lightweight title in his unification blockbuster with Jorge Linares at the Manchester Arena on Saturday night, live on Sky Sports.

Hatton landed the Junior-Welterweight strap in the same arena in June 2005 when he forced Kostya Tszyu to quit after 11 thrilling rounds.

The ‘Hitman’ will be ringside on Saturday night where Crolla aims to become Britain’s 18th Ring magazine king and join Scottish legends Ken Buchanan and Jim Watt as winners of the prestigious strap in the 135lbs division.

Hatton’s fighting days are as memorable for his fanatical supports as his achievements in the ring, and the Manchester legend is delighted to see Crolla’s support growing as his remarkable story continues.

“Where Anthony has come from is a great example,” said Hatton. “It’s not where you start in boxing, it’s where you finish. He lost a six rounder early in his career and to Derry Mathews later on, everyone wrote him off and to achieve what he has is test of his character. I’m very proud of him.

“Anthony is lovely kid, some say he is too nice to be a boxer but there is a mean streak there. He has developed in to a good all round fighter, he has a very exciting style and is brutal body puncher.

“I know he can do the business against Jorge Linares and I’ll be beaming with pride to see him lift that Ring Magazine belt.

“My proudest achievement was my fan base in my career above everything. Anthony has an amazing following now and it’s great to see a fellow Mancunian being such a big draw in our city

“I became the first Brit to win the Ring Magazine fighter of the year award. Which was a huge honour. I won the Ring Magazine belt 10 years ago and it is the accolade that proves you are the best in your weight division, it is the ultimate achievement. It looks like the belt from the Rocky movies and its very old school which adds to the glamour of it.”

“There’s only one Ricky Hatton and there will only ever be one,” said Crolla. “If I can get a bit of the support and success that Ricky had I’ll be over the moon. The crowds at the Perez and Barroso fights were unbelievable and I am sure it’s going to be rocking on Saturday too.

“I’m just so proud that I’ve been able to pay the fans back for their incredible support I’ve received. I’m not the kind of fighter that will run his mouth at press conferences or call people out, but I will happily fight anyone. You can’t want it more than me, no-one does. I’m still taken aback by it all really, I’m just a normal lad that trains hard, but things are going well and the harder you train, the luckier you get.”

Crolla’s clash Linares with is part of a huge night of action in Manchester as John Ryder defends his WBA International Middleweight title against Jack Arnfield.