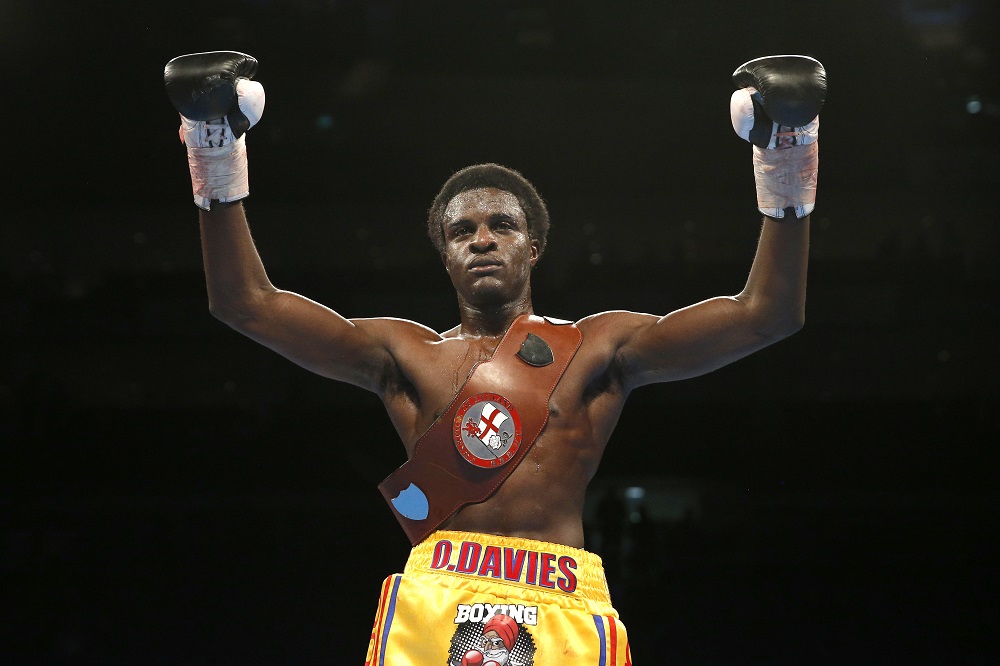 Hearn: We’ll See If Ohara Hype Is Real At Wembley

Eddie Hearn says Ohara Davies is in at the deep-end in his challenge for the WBC Silver Super-Lightweight title against champion Andrea Scarpa – but he’s backing Davies to shine at The SSE Arena, Wembley on Saturday November 26, live on Sky Sports.

The unbeaten Hackney talent picked up his first title in April by swatting aside Andy Keates for the vacant English Lightweight crown at The O2 inside four rounds, before moving up to Super-Lightweight and adding stoppage wins ten and 11 in his last two outings.

Davies faces a real step-up in class in his second pro title bout though, as Italian Scarpa returns to the capital where he picked up the belt he defends in impressive style. The 29 year old dominated John Wayne Hibbert at The O2 in June, flooring the badly cut Essex man in the fifth before the contest was waved off in the next session.

The 6ft Italian, unbeaten in 19, will pose a real threat to Davies’ ambitions to fight for more major titles in 2017, but Hearn is confident ‘Two Tanks’ will pass his toughest test.

“At some point in a fighters career you get to find out if the hype is real and November 26 we get to find out everything we need to know about Ohara Davies,” said Hearn. “He is going way beyond previous levels with Scarpa but the team believe he is a very, very special talent.

“Victory against an experienced Scarpa will prove that and put him deep in the WBC rankings. I can see him moving quick from here and even challenging for World honours in 2017.”

Davies’ clash with Scarpa is part of a huge night of action in London as Irish amateur sensation Katie Taylor face Karina Kopinska on her pro debut.