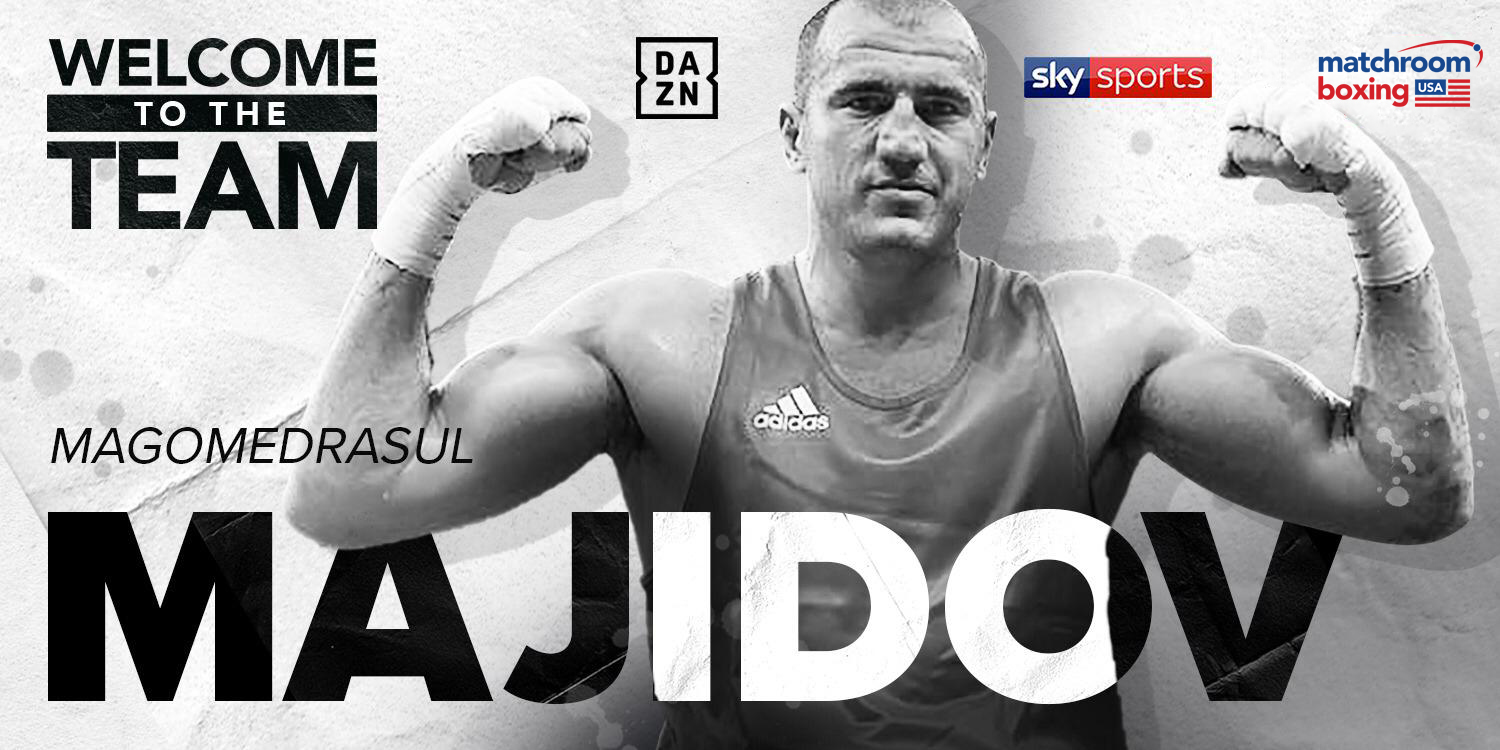 Majidov leaves a glittering amateur career behind to dive into the bustling Heavyweight mix, with the former three-time World champion making his debut on Friday September 13 at the Hulu Theater in New York, live on DAZN in the US and on Sky Sports in the UK.

The Azerbaijan ace won his first World crown in 2011, edging out Anthony Joshua in the final in his homeland, following that triumph up two years later with victory in Kazakhstan and making it a hat-trick of golds in Germany in 2017.

The 32 year old, who also landed gold in the 2013 European games in Belarus and Olympic bronze in London 2012, will be in a rush to rise through the rankings and get into line for major fights and title shots, and renew rivalries with the likes of former unified World ruler Joshua and former undisputed Cruiserweight king and newcomer to the division Oleksandr Usyk, whom he met in the World Series of Boxing in 2013.

“I want to thank my management BoxingStar and promoter Eddie Hearn and Matchroom Boxing USA for this opportunity,” said Majidov. “I’m excited to fight in New York City where champions are made. I will like to let everyone know don’t be fool by my age. I’ll bring in entertainment with my style.”

“Magomedrasul is a fantastic addition to the pro game,” said Hearn. “The Heavyweight scene is as bright as it’s ever been right now and if Magomedrasul can translate his amateur success into the paid ranks, he can become a force. I am sure he’s going to want to move fast but we’ll manage his career correctly and look to get him into line for some huge fights.”

Serrano (36-1-1 27 KOs) conquered her seventh weight class at the Hulu Theater in title in January when the Puerto Rican destroyed Eva Voraberger inside the opening round to claim the vacant WBO Super-Flyweight title.

Serrano held the WBO Featherweight strap in 2016 before vacating it then her sister Cindy picked it up later that year. Hardy (22-0 4 KOs) was next in line to win the vacant title in October in a rematch against Shelley Vincent in the Hulu Theater. Hardy put boxing on hold to return to MMA in June with an outing at Bellator 222 at Madison Square Garden but returns to boxing to go head-to-head with her fellow Brooklynite.

The Heavyweight landscape remains a hot one and there’s a great 50-50 clash on the card as Michael Hunter challenges Sergey Kuzmin for the WBA Intercontinental title. Hunter (17-1 12 KOs) holds the International strap with the WBA having KO’d Alexander Ustinov in Monte Carlo in November and defended that with a second round KO of Fabio Maldonado in Maryland in May. The 31 year old is rapidly rising in the rankings and can take a huge leap towards World title action with a win but faces a crunch challenge in the form of Kuzmin (15-0 11 KOs).

The unbeaten Russian puts the strap he won at Wembley Stadium in London in September against David Price and first saw off LaRon Mitchell and then Joey Dawejko in successful Stateside defenses. With Kuzmin ranked #5 and Hunter #8 with the WBA, the victor in New York will be knocking on the door for a title shot, raising the stakes in this pick’em match-up, in association with World of Boxing.