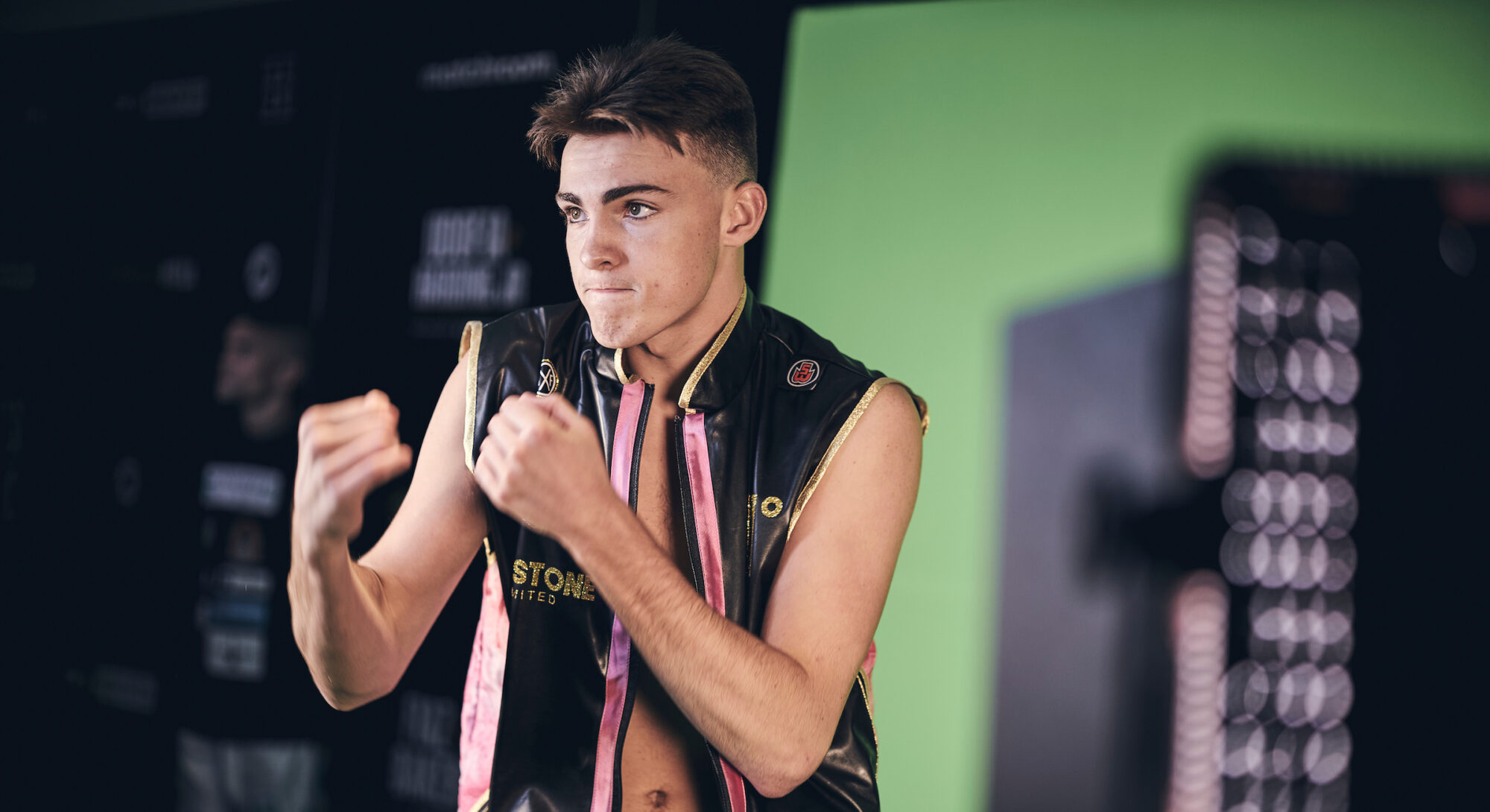 John Hedges says he can’t wait to showcase the improvements he has made under new trainer Mark Tibbs when he takes on Stanko Jermelic in a four round Light-Heavyweight contest this Saturday April 10, shown live on Sky Sports in the UK and on DAZN in the U.S. and more than 200 countries and territories.

‘The Gentleman’ overcame a tricky introduction to life in the paid ranks with a hard-fought 39-37 points win over the tough and game Manchester-based Czech Jan Ardon at the Marshall Arena in Milton Keynes last October on the Buatsi vs. Calic undercard.

Despite making his pro debut at the tender age of 18, the S-JAM Boxing prospect came under criticism from some quarters, but Hedges hasn’t let his critics get to him and is fully focused on starting 2021 in impressive fashion in the Capital.

“It was just one of those things,” said Hedges. “I had to get it done. I rushed it a little bit. I was only a pro for about two or three months heading into my first fight. Looking back at it, I’m glad I took that risk. I boxed a good opponent and I got the win, and now we move forward into a bright 2021.

“It was a big move in my career"

“It was a last-minute opponent that we took on short notice. It wasn’t what we’d prepared for, but we took it. I’m just happy that I got my first fight under my belt. The circumstances weren’t the best but I got the job done. It was my first fight out of a headguard and my first fight against a senior. It was all new to me so it was good to get it out of the way.”

The 6’ 5” Takeley native made the switch from the Hoddesdon Boxing Academy, where he enjoyed a long and successful stint in the amateurs, to the Origin Gym in Rainham earlier this year where he now trains alongside the likes of WBO Super-Middleweight ruler Billy Joe Saunders and Southampton Light-Heavyweight contender Lewie Edmondson.

Tibbs won’t be in Hedges’ corner this weekend as he is busy preparing Saunders for his huge unification clash with Saul ‘Canelo’ Alvarez in Texas next month, but Hedges says the well-respected coach has already had a big influence on him in the short time they have been working together.

“It was a big move in my career. I needed a freshen up and I’ve got that. I was advised to make this move and I’ve listened to that advice. Since I’ve been down here, I feel like I’ve come on loads already. I’m enjoying my training and I feel blessed to have so many good fighters around me. We’re all on the same mission to make it to the top.

“We’ve had some cracking rounds with Lewie Edmondson. We both work hard and we’re bringing each other on. You can’t knock it, it’s unbelievable. They’ve welcomed me with open arms. They chucked me in at the deep end. That’s the type of sparring you need to develop as a fighter.

“Eddie told me to stay ready and stay in shape. I’m feeling really strong. I’m hitting hard and training well. I’m in a really good place at the moment. It’s still early days with Mark but you can feel the improvements in yourself. I’m improving in every session and I’m coming out of the gym knackered. It’s just little improvements here and there.

“I can hold my own with whatever weight I’m put in with. Mark will tell you, anyone that I get put in there with in sparring I hold my own with. He’s not concerned about that. All he’s worried about is keeping me strong and keeping me flowing. I might be young, but I don’t care if I’m in the deep end or who I fight. I just listen to my team and my management.”