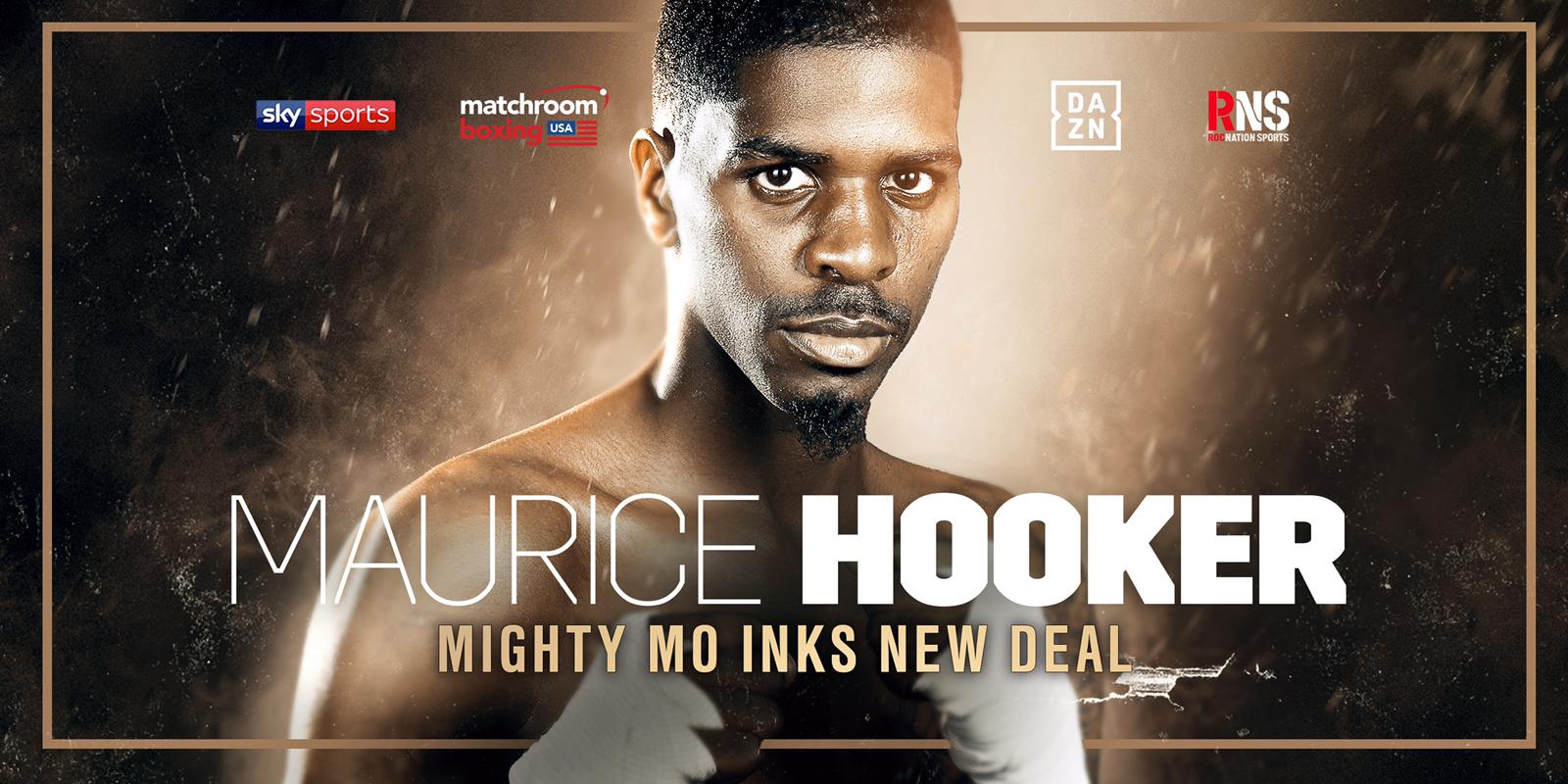 Maurice Hooker has signed an extension to his co-promotional deal with Matchroom Boxing USA and Roc Nation.

Hooker defended his WBO World Super-Lightweight title with a commanding points win over Mikkel LesPierre at Turning Stone Resort Casino live on DAZN earlier in the month, and the Dallas native now hopes to fight at home for the first time as a World champion following his win over the Brooklynite.

Hooker punctuated his win by flooring the challenger with a body shot in the ninth round, with the game challenger hearing the final bell and scorecards of 120-107, 119-108 and 118-109 in the defending champion’s favor – and ‘Mighty Mo’ now has WBC king Jose Ramirez and potential mandatory from Britain Jack Catterall in his sights.

“I want the WBC title,” said Hooker. “Everyone come to DAZN! Anybody – come to DAZN. Jack Catterall came all the way over here to America to watch me fight. Just wait young grasshopper, you will get your turn.

“I give myself a C- in my performance. I wasn’t good but I had to push. Look, you live and you learn. If you judge me from this fight, you better not get in the ring thinking the same thing because I am coming for you.

“Making weight was my fault. I was in the room messing around. That was my fault. I’m learning as I go. I’m not done yet at Super-Lightweight, I want the massive fights.”

“We like to keep our world champions nice and busy and we want to push for unification match ups in 2019 – I believe Maurice is the best 140lber in the world right now and we look forward to helping him prove it on DAZN.”

“We’re excited to announce that we’ve been able to extend our co-promotional deal of Maurice Hooker with Matchroom Boxing USA,” said Roc Nation Sports boxing promoter Dino Duva. “It’s a great partnership and we look forward to working with them not only with Maurice but on other fighters moving forward. Maurice is on his way to becoming one of the biggest stars on DAZN and this deal completely solidifies that.”