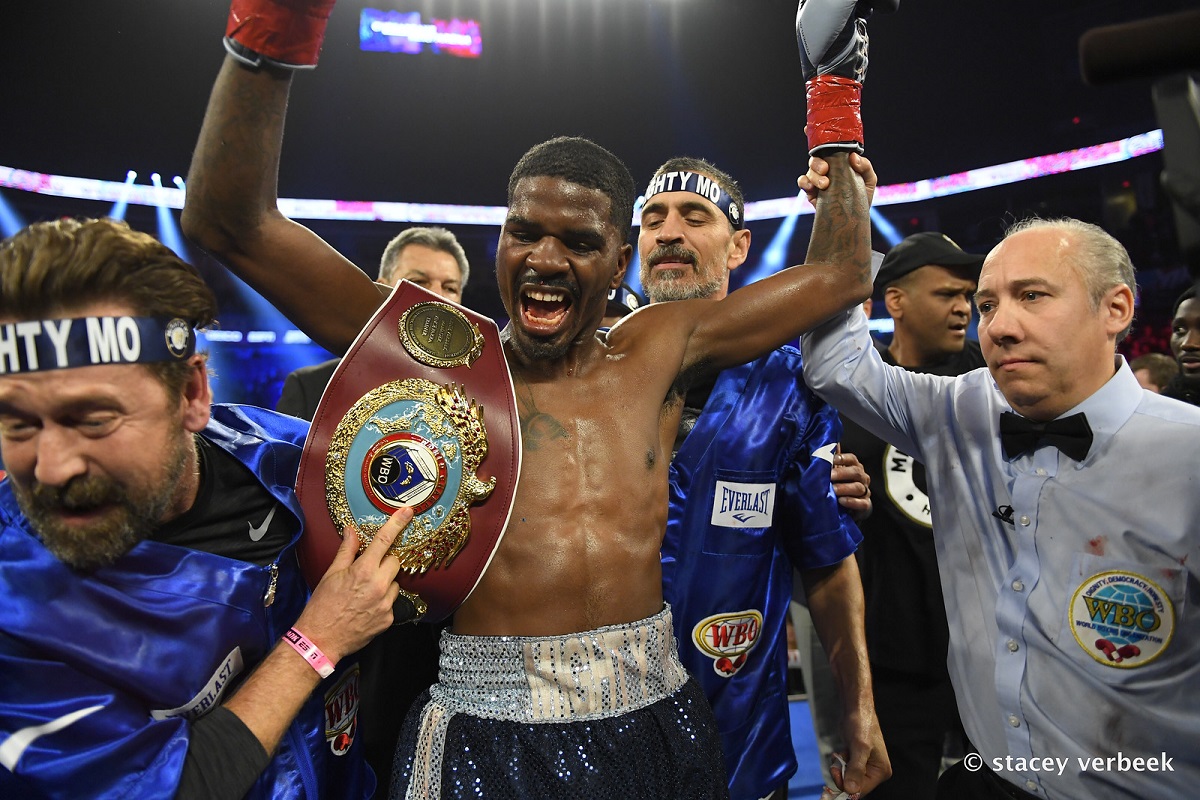 Hooker: I Want To Ko Lespierre In Style

Maurice Hooker says he’ll bring the heat early to Mikkel LesPierre and send a big statement to the rest of the division when he defends his WBO World Super-Lightweight title for the second time at the Turning Stone Resort Casino in Verona, New York on Saturday March 9, live on DAZN in the US and on Sky Sports in the UK.

Hooker (25-0-3 17 KOs) defended his title in thrilling fashion in November, climbing off the canvas in the second round against home town favorite Alex Saucedo to silence the Oklahoma City crowd with a clinical seventh round stoppage.

The Dallas star now hits the road again to meet LesPierre (21-0-1 10KOs) in upstate New York, with the unbeaten Brooklyn man lacing them up in his first World title fight – and Hooker plans to test the challenger’s ambitions from the opening bell, and predicts a spectacular KO on the horizon.

“What do I know about Mikkel? He’s going down on March 9, that’s all I know,” said Hooker. “He’ll be a little nervous and jittery. I’ll pop him with a hard jab early to see where his mind is. I’ll be looking in his eyes when I hit him to see how he reacts like, ‘god damn!’ or ‘OK, bring it’ – that will tell me what he’s going to be like the whole fight, if he’s there to win and be great, or just there to collect the cheque.

“He doesn’t have power but I still have to be wary as he could close his eyes and swing, hit me with the backhand – it’s boxing. But if I see a weakness in him, I’m not going to hesitate – I want to KO him hard and fast, I don’t get paid overtime. I will show real power in both hands, and show I can put any southpaw in the world to sleep.

“I don’t feel any extra pressure as a defending champion – I am getting paid to do my job. As long as I train hard and stay focused, there’s no-one out there that can beat me and I will prepare hard for anyone put in front of me.

“He’s a short southpaw that’s going to sit outside the box, and he’s going to be in the danger-zone. I wish him the best in the build-up, I am sure that he’s trained hard as this is the biggest fight of his life – fighting for a World title at home – but that’s just like Saucedo, he’s going to come, not as aggressive as Saucedo, but he’ll still come.

“After the first round though, he’ll die down as he’ll be thinking ‘man this guy is long, rangy, I can’t get to him – AND he hits hard’. He’ll shell up. But I’ll be explosive. Fighters say they don’t look for the KO – I am looking for a big KO on March 9, I want it bad and I will KO him.”

Hooker’s clash with LesPierre is part of a huge night of action at Turning Stone Resort Casino with a second mouthwatering World title fight on the bill in the shape of Dmitry Bivol (15-0 11KOs) defending his WBA World Light-Heavyweight title against Long Island’s Joe Smith Jr (24-2-0 20KOs).

Callum Johnson (17-1-0 12KOs) and Sean Monaghan (29-2-0 17KOs) will both have a keen eye on Bivol’s clash as they battle in a crunch fight in the 175lbs division, World-ranked heavyweight contender Sergey Kuzmin, (14-0 11 KOs), of St. Petersburg, Russia will battle Philadelphia based veteran Joey Dawejko, (19-6-4 11 KOs) and Otha Jones III makes his pro debut on the card.