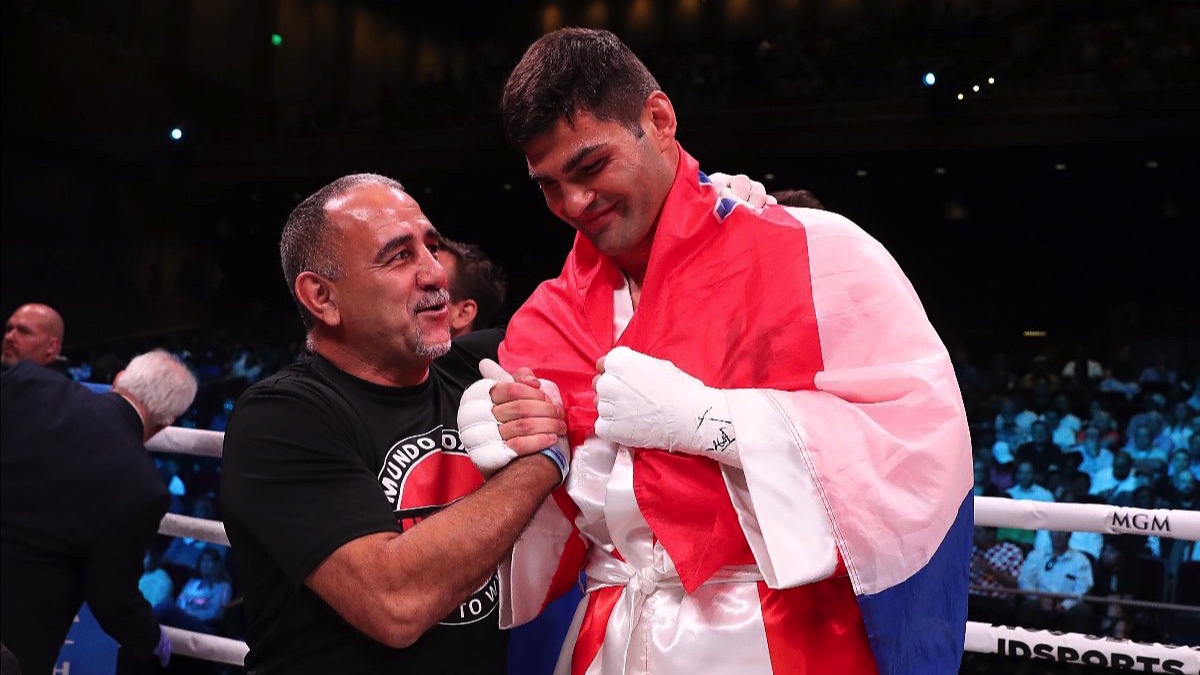 HrgoviĆ Coach Diaz: “our Focus Is The World Title”

Legendary Cuban coach Pedro Diaz says fast-rising Heavyweight star Filip Hrgović (9-0, 7 KOs) is focused on winning a World Title as he prepares to defend his WBC International strap against Eric Molina (27-5, 19 KOs) on Saturday December 7 at the Diriyah Arena in Saudi Arabia, live on Sky Sports Box Office in the UK and DAZN in the US.

The Croatian boxing sensation has been in Miami preparing under the tutelage of Diaz for the fifth time in his professional career, and is looking to make a statement on the biggest stage as he fights on the undercard of Anthony Joshua’s hotly anticipated rematch against Andy Ruiz Jr for the status of Unified Heavyweight World Champion.

Ahead of his tenth professional fight, Diaz says Hrgović has had the perfect training camp and is promising fans a glimpse of the future success they will share together.

“Filip is one of the most serious and focused champions I have ever worked with. He enjoys training and is totally focused,” said Diaz. “Training camp is going fantastic! Spirits are high and everyone’s goals are perfectly aligned, we are definitely on the hunt.

“Filip has developed into a greater technical, physical and mental fighter and with this being our fifth fight together I believe our chemistry has really grown into something that everyone will see on December 7th in the ‘Clash On The Dunes’.

“Everything happens when the time is right, for Filip and our team our focus is the World Title. Training is based on that goal.”

Hrgović vs. Molina is part of a huge night of boxing in Saudi Arabia.