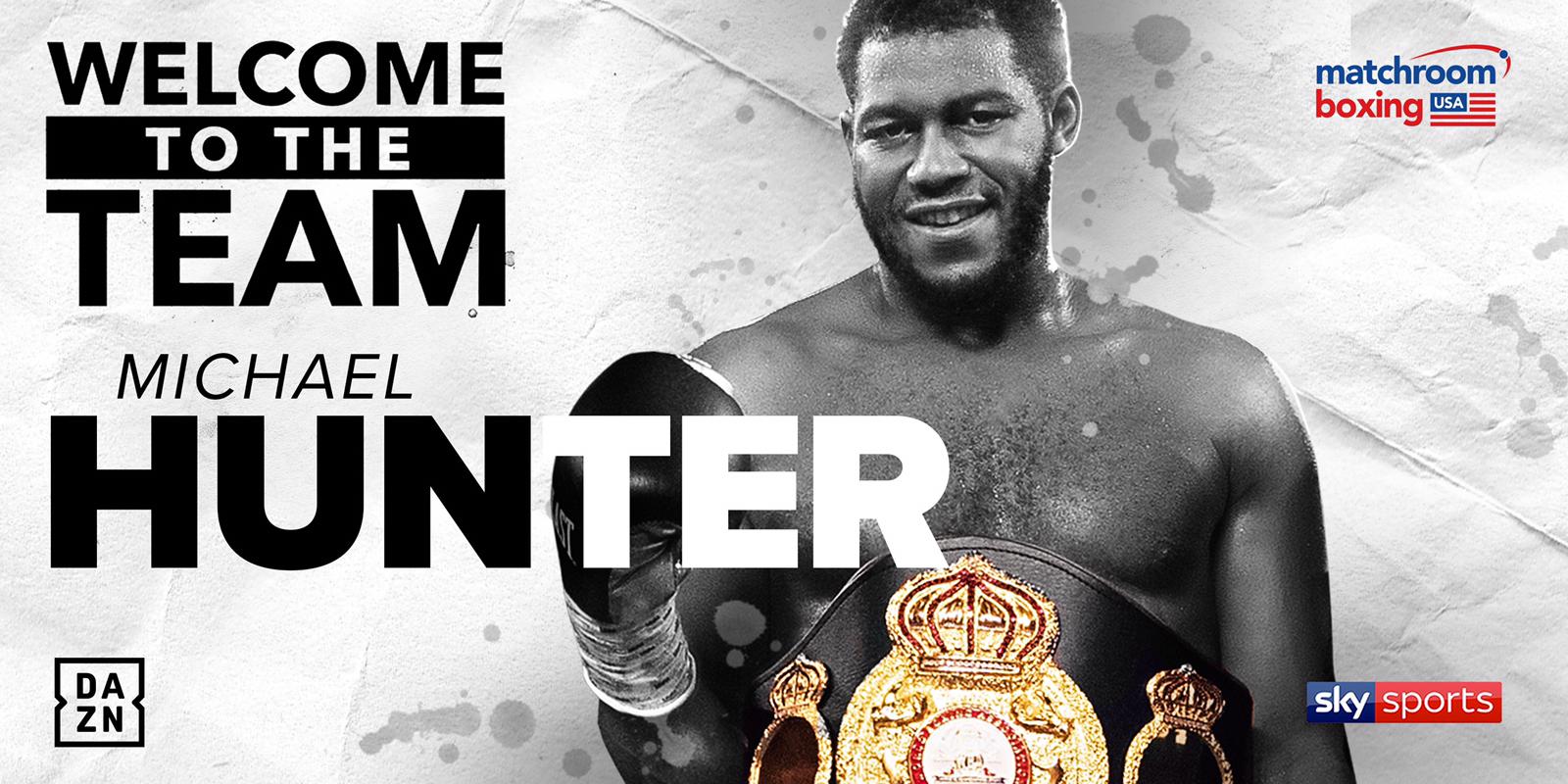 Hunter (16-1 11KOs) has impressed at Heavyweight having moved up in weight following a World title clash with pound-for-pound star Oleksandr Usyk in April 2017 – claiming four wins on the trot, with impressive stoppages over Martin Bakole in London in October and then Alexander Ustinov in Monte Carlo in December.

Victory over former World title challenger Ustinov landed Hunter the WBA International strap, and he sits at #12 in the WBA rankings, higher still with the IBF at #10.

The 30 year old Las Vegas man will return to action on May 25 at the MGM National Harbor in Oxon Hill, Maryland against an opponent to be announced tomorrow, and ‘The Bounty’ cannot wait to get back in the ring and continue his rise in the rankings as he hunts down the big names.

“I am delighted to have signed this deal with Matchroom Boxing USA,” said Hunter. “I want to thank Eddie Hearn for the opportunity and I cannot wait to showcase my skills live on DAZN.

“I have proved already that I can be a force at Heavyweight with four wins since moving up a year ago, and I feel ready to test myself against the World title contenders to prove that I can win a World title. There are some great fights out there to be made and I am prepared to take on anyone”

“I am delighted to welcome Michael to the Matchroom Boxing USA stable,” said Hearn. “The Heavyweight scene is hotter than ever, and Michael is a dangerous proposition for anyone at the weight.

“Michael will be back in action on May 25 and then looking to put his name in the mix for massive fights in 2019.”