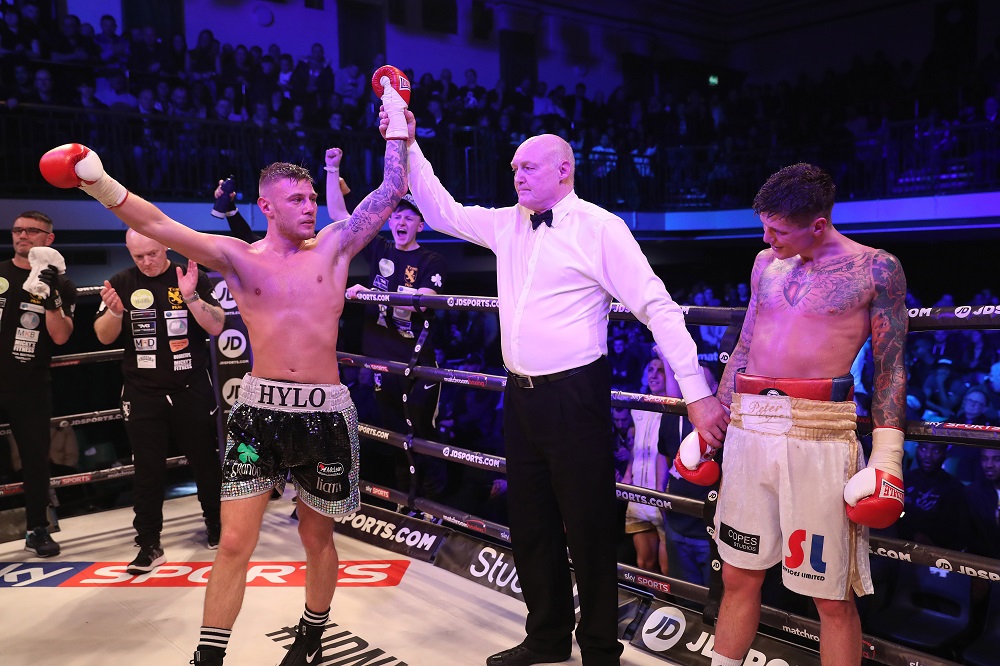 Paul Hyland Jnr is aiming to seal a hat-trick of huge wins for his manager Mark Dunlop when he challenges British Lightweight champion Lewis Ritson at the Metro Radio Arena in Newcastle on Saturday night (June 16), live on Sky Sports.

Hyland Jnr is aiming to stop Ritson winning the title outright after the local star picked up the belt stopping Robbie Barrett in seven rounds in Manchester in October and blasting away Joe Murray and Scotty Cardle in one and two rounds respectively in February and March.

The unbeaten Belfast man knows stopping Ritson’s run would open doors to more major honours in the winter, and buoyed by wins for Dunlop-led pals Ronnie Clark over Zelfa Barrett and James Tennyson over Martin J. Ward, ‘Hylo’ could wake up on his 28th birthday on Sunday as the first Northern Irishman to hold the Lord Lonsdale belt at 135lbs since Charlie Nash in 1978.

“Mark is on a bit of a roll with Ronnie beating Zelfa and James stopping Martin J Ward so it’s down to me to make it a treble,” said Hyland Jnr.

“The winner of this will push on towards a shot at the World title so it’s sort of like a World title eliminator in theory, there’s a lot riding on this. You win this, it puts you in the mix. That’s what we all dream about, to fight for a World title and this firmly puts me in a good place for that.

“I know Ritson is a tough bloke, he’ll come at me. Whatever he brings, I’ll take it. I believe I have a better boxing ability him that will show on the night, it’ll be a complete war.

“Cardle landed with some big blows in the first round when they fought, so it shows he can be hit. Cardle also only had three weeks to train for the fight so it was all or nothing for him in the first few rounds. He knew he couldn’t go the distance. I will be a totally different proposition.”

Hyland Jnr’s clash with Ritson is part of a huge night of action in Newcastle Josh Kelly challenges Kris George for the Commonwealth Welterweight title.