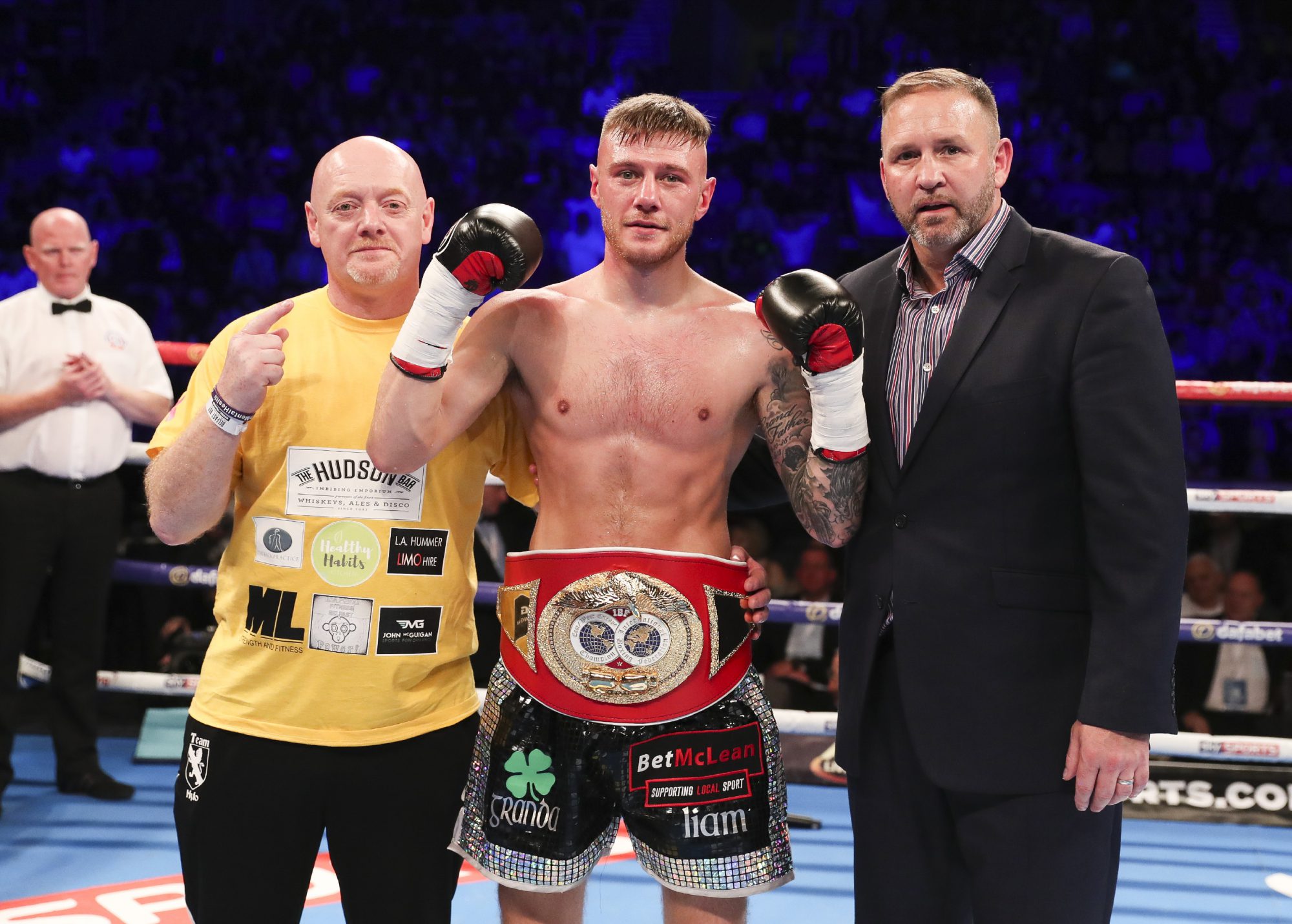 Hyland Jnr landed the title in impressive fashion in his tenth pro outing in June, stopping Adam Dingsdale in the opening round at the Arena and he makes his first defence against Dubliner Ormond, who hopes to mark his tenth title fight in style with a big win in front of the Sky cameras.

‘Hylo’ moved to 16-0 with his blitz of Dingsdale and the 27 year old believes another stand out win over ‘The Rock’ will put him right in the mix for more big title fights this season.

“I’m looking forward to defending my belt, it’s a brilliant match-up,” said Hyland. “I’m the champion, I’m undefeated and confident this belt will be staying in my hands.

“It’s two of the best Lightweights over here going head-to-head, both of us don’t like being pushed back so I think we can expect fireworks and the winner will be on the doorstep of major belts going forward.”

Hyland’s clash with Ormond is part of an historic night of boxing in Belfast as Ryan Burnett puts his IBF World Bantamweight title on the line against WBA king Zhanat Zhakiyanov in the first ever unification bout to be held in Northern Ireland.

Tickets go on general sale at midday Wednesday August 30 priced at £33, £44, £65 and £105 from the SSE Arena Belfast at www.ssearenabelfast.com (ticket price includes inside charge)