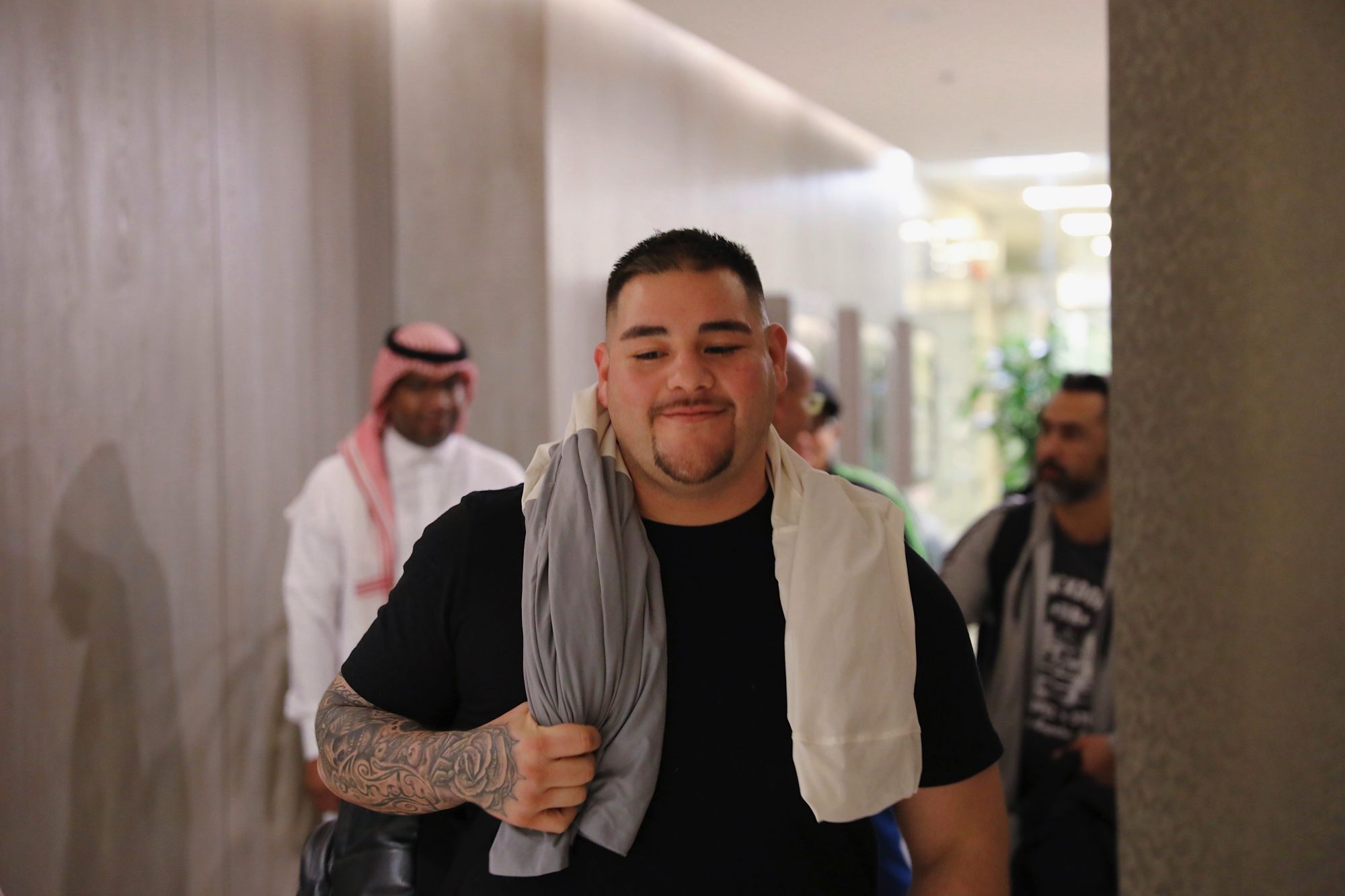 Heavyweight World Champion Andy Ruiz Jr has vowed to “make history again” as he landed in Saudi Arabia for the Clash On The Dunes, bringing his IBF, WBA, WBO and IBO title belts with him.

The Mexican-American fighter followed his challenger Anthony Joshua into the Kingdom, touching down at King Khalid International Airport in Riyadh in the early hours of today to set up his own training camp to prepare for the epic bout on December 7.

The first-ever Heavyweight World Title fight to take place in the Middle East will be staged in the custom-built 15,000 seat Diriyah Arena which is now ready for action in the heart of the UNESCO World Heritage site, known as the home of heroes and kings.

When asked how he felt about boxing in the Kingdom for the first time, Andy Ruiz said: “It feels good. You know I made history in New York and I’ll make history again in Saudi Arabia.”

Joshua will be looking to regain the title belts on the line after losing them to Ruiz – known as ‘The Destroyer’ – at their first meeting in New York earlier this year.

With hundreds of fans from throughout the US travelling for the bout, the collective number of kilometers travelled by Americans is a significantly larger commitment than any other fans from across the world, with tickets sold in 60 different countries. But his fans will have to their work cut out to match the volume of Joshua’s followers with thousands flying in from the UK.

A world-class undercard will support the compelling main draw, but even before they reach the arena fans will be knocked out by what is waiting for them.

Spectators will approach the Diriyah Arena via the Diriyah Oasis, a huge sprawling entertainment hub which includes ice-skating outdoors, sky diving, jetski-ing and ziplining among a host of activities on offer. The Diriyah Oasis is split into the four zones – Nature, Imagination, Reflection, Excitement- giving families a place to come together, and at its heart lies an astonishing grand installation by world-renowned Italian artist, Edoardo Tresoldi.