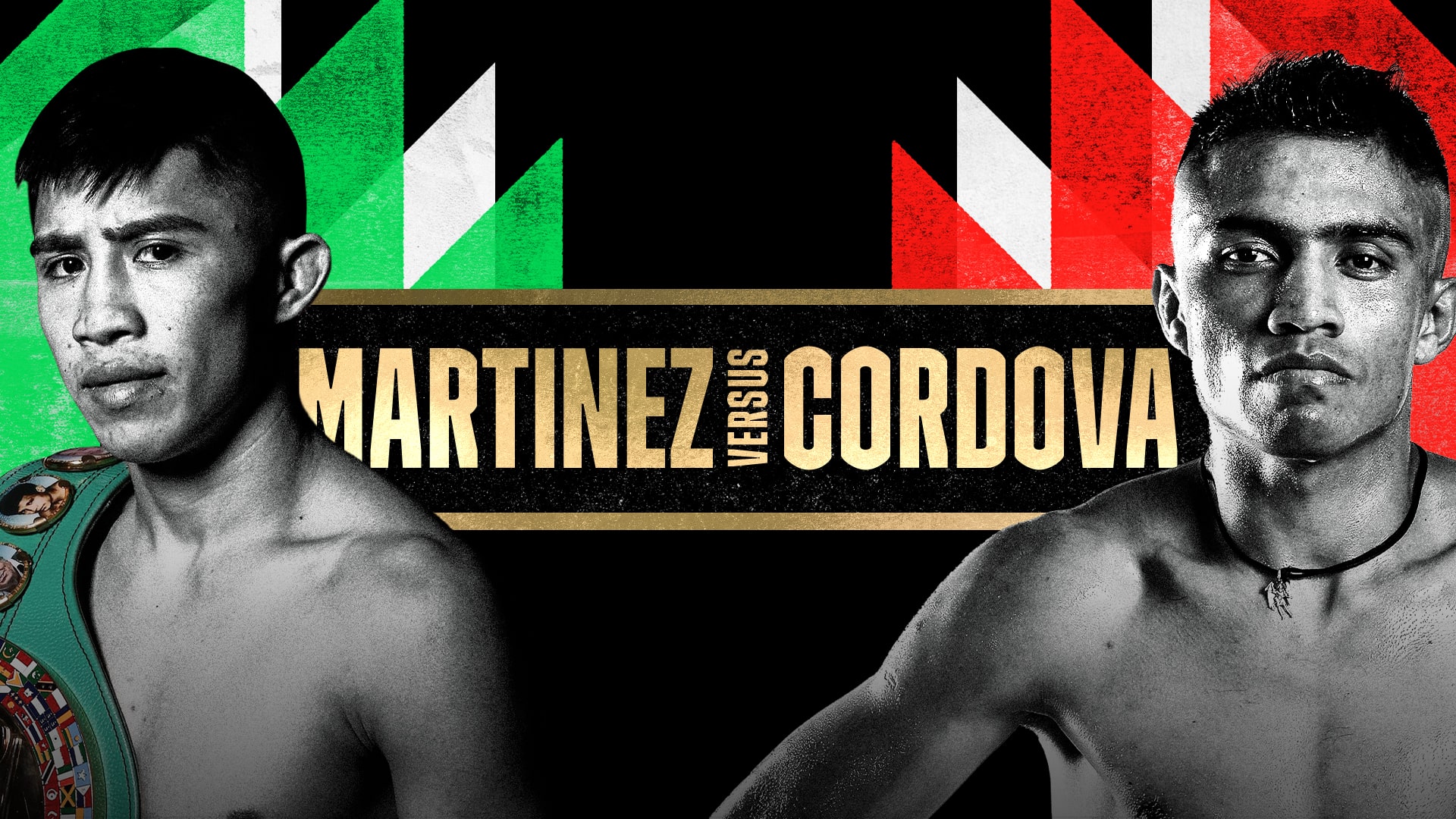 In partnership with Canelo and Reynoso, Matchroom and DAZN kick off Mexico fight series

Matchroom and DAZN are thrilled to announce a series of fight nights live from Mexico in partnership with Canelo Alvarez and Canelo Promotions as well as Eddy Reynoso and Clase y Talento. The first event in the new four-part Mexico series will see Julio Cesar Martinez defend his WBC World Flyweight title against Joel Cordova at the Domo Alcade, Gigantes de Jalisco Arena in Guadalajara, Mexico on Saturday, June 26. This follows on from DAZN and Matchroom’s game-changing five-year global deal announced last week underscoring a renewed, long-term investment by DAZN and Matchroom to take boxing to new global heights in countries around the world.

The June 26 fight night, as well as all three events from Mexico to follow over the next year, are in addition to DAZN’s current global boxing schedule and will all be broadcast live worldwide on DAZN – including Mexico, where fans can sign up for a monthly subscription at just 45 pesos a month. The broadcasts will be available in both English and Spanish, with the latter led by a dedicated on-air talent roster that will soon be unveiled.

Together with partners Canelo Promotions and Clase y Talento, Matchroom and DAZN will collaborate with the pound-for-pound king himself and his illustrious trainer to engage with passionate fans on-the-ground, showcase to the world the best in Mexican championship boxing, and discover and feature new talent from the proud boxing country.

This is a great chance for Mexican fighters to follow their dreams.

“This is a great chance for Mexican fighters to follow their dreams,” said Canelo. “Sometimes our champions have to travel internationally to defend their belts and land opportunities. We plan on providing those opportunities in Mexico and giving young fighters the chance to develop and change their lives.”

“I am very proud to bring this exciting new project to Mexico and these new opportunities for our fighters,” said Reynoso. “There is so much talent in our country and these new shows will allow our champions to defend their belts on home soil and our prospects to get the chance to continue to grow.”

This new project will breathe new life into the sport in Mexico and give young fighters and champions the opportunity to flourish.

“This is such an exciting project and partnership, and I can’t wait to get started on June 26 and add even more action to the DAZN global schedule,” said Hearn. “It’s no secret that Mexico is blessed with boxing talent and passionate fans that truly embrace the sport. This new project will breathe new life into the sport in Mexico and give young fighters and champions the opportunity to flourish.”

“Last week, we announced as part of our game-changing global deal that DAZN and Matchroom will significantly invest in key markets around the world where there is extraordinary boxing fervor with regionally relevant events, partnerships, and content,” said DAZN Co-CEO James Rushton. “This new Mexico series builds on our growing momentum with Matchroom worldwide as well as long-time partners Canelo and Eddy Reynoso and together, we look forward to bringing more of the best Mexican boxing to fans locally as well as worldwide on DAZN.”

Martinez (17-1 13 KOs) puts his green and gold strap on the line for the third time to kick off the return of big-time boxing to his home country.

The Flyweight king was due to defend his strap on the undercard of Alvarez’s World Super-Middleweight title clash with Avni Yildirim in February, but a hand injury sustained in fight week robbed him of the chance to fight McWilliams Arroyo on the show.

Now the electrifying 26-year-old will top the bill in his homeland against Cordova (12-4-2 3 KOs), Martinez’s fellow Mexican fighting in his first World title fight, and ‘El Rey’ is excited to be fighting at home for a second fight in a row as he looks to build to becoming a unified champion at 112lbs.

“I am so happy to be able to fight again and make a much-anticipated comeback,” said Martinez. “I am even more excited to be able to fight in my home country of Mexico and defend my title here. I am very motivated to reignite my career on such a platform.”

“I’ve waited for this opportunity for so long that I won’t waste my chance to fulfill my dreams of becoming world champion,” said Cordova. “I want to thank Matchroom and my company BXSTRS for making my dream come true. Maybe I’m not known by many, but after June 26, many will know my name. I know Martinez is a solid champion, but strength is not the only thing needed to win, it requires motivation, desire and there’s no one who can beat me in those. I have waited my whole life for this moment.”

There’s more World title action on the night with Cuba’s Daniel Matellon (11-0-2 6 KOs) making the first defense of his WBA World Light-Flyweight title against Jose Argumedo (24-4-1 15 KOs) with Matellon being elevated to full champion after landing the interim title in February 2020.

Gabriel Valenzuela (23-2-1 13 KOs) looks to build on his impressive win in London, England over Robbie Davies Jr in February by defending the IBF Intercontinental Super-Lightweight title he won that night, there is a 12th pro-outing for rising Mexican-American starlet Diego Pacheco (11-0 8 KOs) and Christian Alan Gomez Duran (20-2-1 18 KOs) features on the card having recorded stoppage wins on two Canelo cards in December and May.

To become a subscriber, fans can download the DAZN app on any internet-connected device, including living room devices such as smart TVs, streaming sticks and game consoles as well as smartphones, tablets, laptops, and PCs. For more information, visit www.DAZN.com.