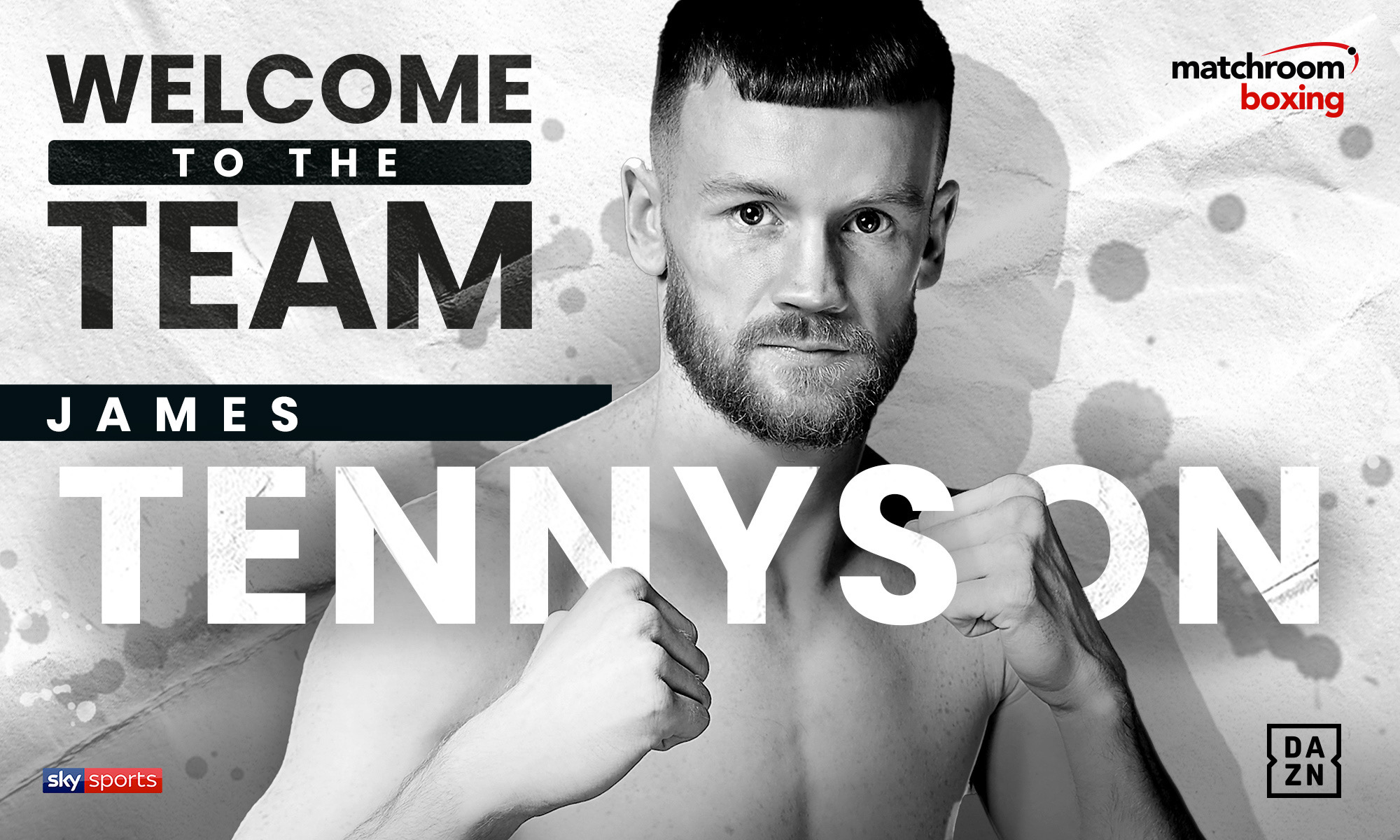 Northern Irish Lightweight contender James Tennyson has signed a multi-fight promotional deal with Eddie Hearn’s Matchroom Boxing as he targets a shot at the British 135lbs title after stopping Craig Evans in their Eliminator bout in November.

Tennyson called time on a blossoming amateur career at 18 to pursue his dream of becoming a World Champion and has since won seven professional titles at three weights including the European and Commonwealth Super-Featherweight Titles and most recently the WBA International Lightweight Title.

An impressive six-fight unbeaten streak at Super-Featherweight saw the hard-hitting Belfast man earn a number one ranking with the WBA before securing his first World Title shot against IBF ruler Tevin Farmer at the TD Garden in Boston in October 2018.

‘The Assassin’ made the decision to move up to Lightweight after falling short in his World Title bid in America and has carried his knockout power into the new division having finished all four of his contests at the weight inside the distance.

“Over the last couple of years, I have had a good relationship with Matchroom and all the big titles I have fought for and won have been on Matchroom shows,” said Tennyson. “Without the opportunities they have given me I wouldn’t be where I am today and I feel this move will bring me back to world level boxing which is where I want to be.

“2020 is going to be a big and busy year for me and I look forward to being involved in some big fights. I have always been a puncher and I feel with my power I can mix it with anyone in this Lightweight division. Matchroom is at the top of the sport and I believe that with this deal I can be up there as well.

“I want to fight for World Titles, and I am confident Matchroom will take me to where I want to be. This is a huge opportunity for me and will bring me some huge nights. In time, I would love to bring some big nights to Belfast so at the moment I am just buzzing for the future.”

“I’m excited to add hard-hitting Belfast Lightweight talent James Tennyson to our ranks,” said promoter Eddie Hearn. “James has been on an electric KO run since making the move up to Lightweight after his brave World Title challenge against Tevin Farmer in 2018 but in truth he is a different animal at 135lbs. The Lightweight division is on fire at the moment and James has what it takes to throw his name back into the World Title mix.”

“Both James and I are delighted to finally put pen to paper for Matchroom Boxing after impressing on all his appearances for them over the last three years,” said Mark Dunlop, Manager of Tennyson. “James has always looked up to Eddie for the wonderful opportunities he has bestowed on him in recent years.

“James is a dedicated and talented young man and will stop at nothing until he achieves his goal of becoming a World Champion. At 26 James has an incredible CV having done everything the hard way – he has built up a tremendous resilience and will to succeed and I’m excited for the next chapter of his career.”