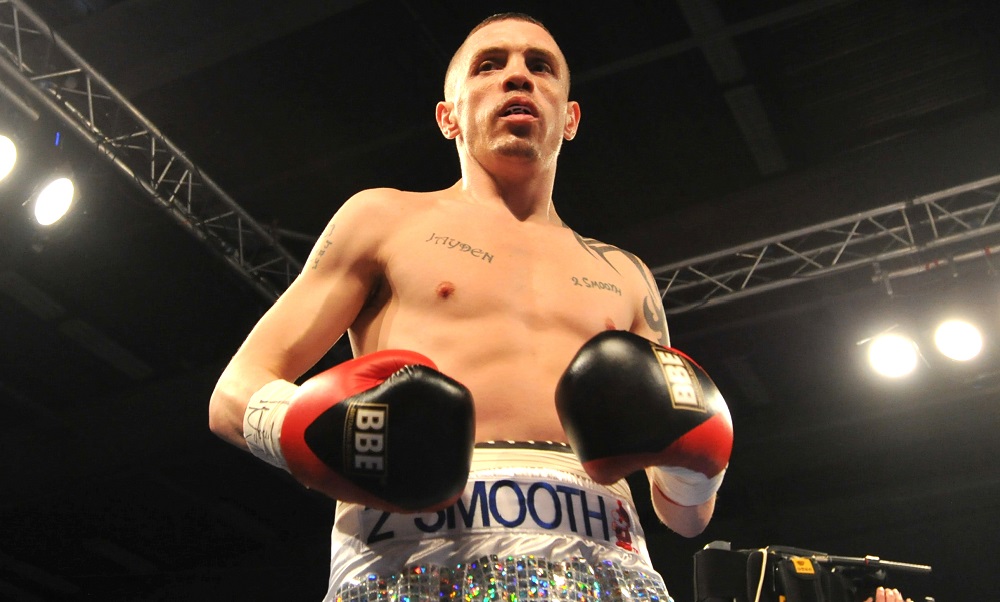 Jason Booth: I Am Desperate To Make British Title History

Jason Booth he’s warned Ryan Burnett that he’s desperate to make history and become a three-weight British champion when they meet for the vacant British Bantamweight title at the Manchester Arena on Saturday night, live on Sky Sports.

Booth has held the Lord Lonsdale belt at Flyweight and Super Bantamweight and challenges for the Bantamweight strap for the second time, having met Lee Haskins for the strap in November 2013.

That was Booth’s 25th title fight in a 19-year career that has seen him challenge the likes of Scott Quigg, Kiko Martinez and Steve Molitor at British, Commonwealth, European and World level, and the 38 year old Nottingham man believes there’s still some magic left in him that will come out against Matchroom Boxing’s latest signing.

“I’ve got ambitions to be a three weight British champion and I feel that this is my time to make history,” said Booth. “There is no one in our generation that has won it in three weight classes, I think you would have to go back to the 1940’s until the last time it was done.

“Ryan is a decent fighter and so far he’s ticking all the boxes. He’s with Adam Booth who is a top trainer so I’m expecting the very best from him. I’ve been trying to get a British title fight all year and it has left me slightly inactive, last time I boxed was November last year – but look at my record, you can see I don’t suffer from ring rust.

“The pressure is all on Ryan as he’s touted as the next big thing and people are expecting a lot from him – let’s see what he’s got and what all the fuss is about.

“I feel in great shape, I’m hitting harder than ever and I’m feeling good. I’ve kept this fight a bit quiet and I’m doing it for my family as it is a huge opportunity for us. I’ve got plenty in the tank and those that think I’m over the hill are very much mistaken.

“It doesn’t bother me being the underdog in this as many will expect Ryan to walk through me – but I won’t give up without a fight and he’s in for a tough evening to grab that British title. I’m determined to make history winning the British title in three weight classes before I retire.

“You name them and I’ve fought them – Scott Quigg, Kiko Martinez, Kid Galahad; if Ryan Burnett is as good as they say he will have to bring his A-game as I’m not going to make it easy for him.”

Booth and Burnett clash on a stacked bill in Manchester topped by the rematch between hometown favourite Anthony Crolla and Darleys Perez for the Colombian’s WBA World Lightweight title.

The vacant British title at Super-Lightweight is on the line in a rematch between Chris Jenkins and Tyrone Nurse and there’s a pair of English title fights with talented former Team GB man defending his Flyweight title against Liverpool’s Phil Smith and Isaac Lowe defends his Featherweight strap against Manchester’s Ryan Doyle.