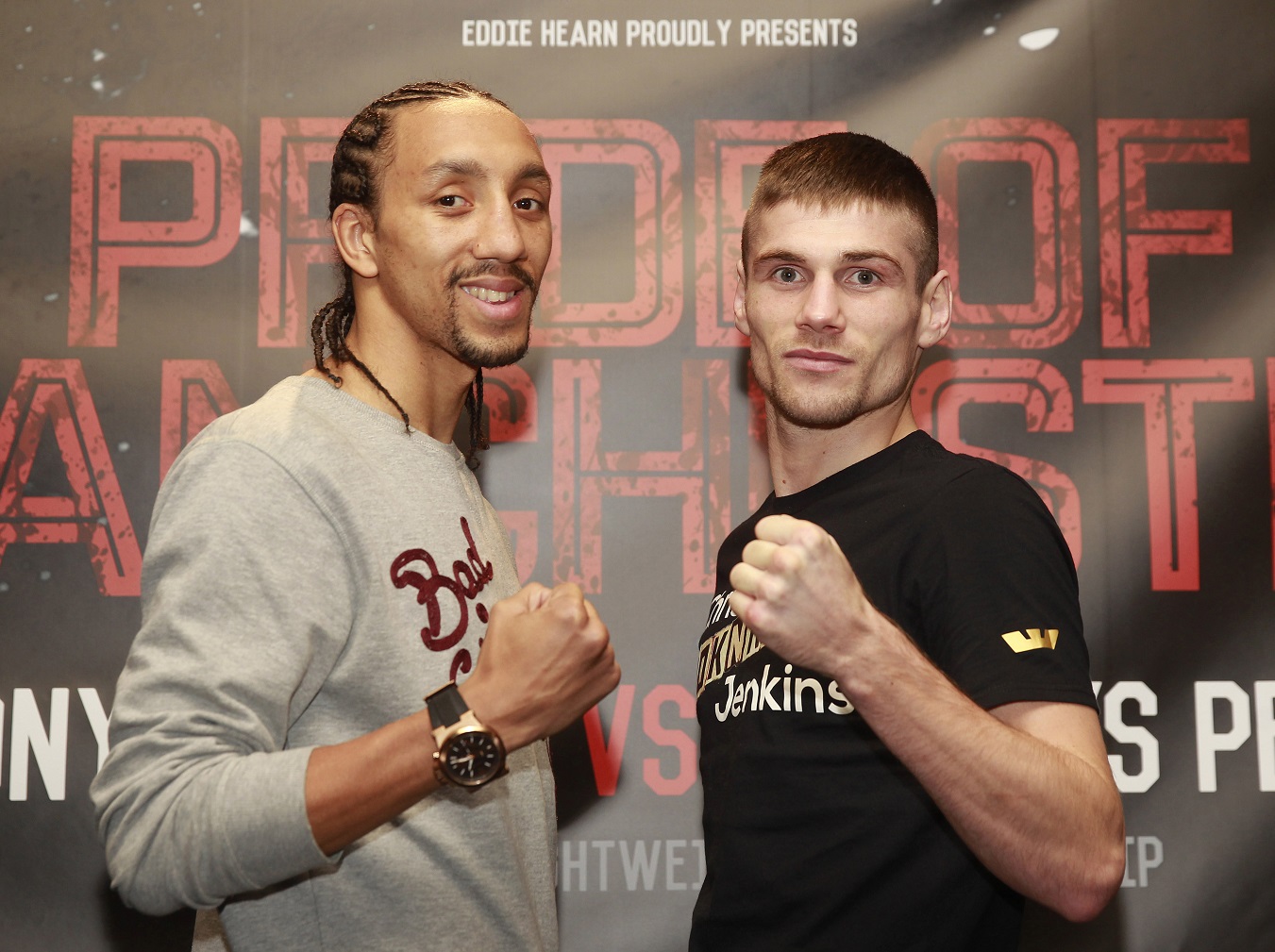 Chris Jenkins believes the top-class sparring he’s had in training camp will be the difference in his rematch with Tyrone Nurse for the vacant British Super-Lightweight title on Saturday night at the Manchester Arena, live on Sky Sports.

The Welshman faced Nurse in July at the same venue, with a tense first fight ending in a majority draw – a result that disappointed the 28 year old, despite it following a spell of bad luck out of the ring that left him undercooked.

Jenkins’ British title tilts have been cursed with bad luck, after he had fights in December 2014 and January cancelled then was set to face Willie Limond for the belt in April before illness ruled him out.

‘Rok n’ Rolla’ has left no stone unturned to prepare for the return with the Huddersfield stylist, having travelled to Essex to spar with Tony Sims’ talented duo Martin J. Ward and Ohara Davies, and believes the fully fit Chris Jenkins that Nurse will meet this time will have too much.

“I have watched the fight back three times,” said Jenkins. “I know what I did wrong and we have worked on it in camp. That was me probably boxing at about 50 per cent and him boxing the best he has ever boxed. I will raise my game and bring what I’ve been doing in the gym into the ring and I won’t have any issue winning but I’m expecting a tough, hard 12-round fight.

“This camp has been second to none, I didn’t have this type of sparring last time round and we wanted it to be harder than what we anticipated the fight to be. I’ve sparred Ohara Davies and Martin J. Ward at the Matchroom Boxing gym in Essex and also Tamuka Mucha. The three of them are very talented kids, I’ve spent six weeks travelling so it has been tough being away from my family – but it will be worth it next Saturday when I lift that British title.

“I had had nine months out of the ring before the first fight, and in 15 months I had only boxed one round in the ring. It was a case of getting in there and push it for round one and I might of gone a bit too fast for the first eight and then after eight I was tiring a little bit and doing stupid things which I shouldn’t have done.

“What was working was working well but I got cut in round four and it was hard to see after that. I honestly thought that I had won the first, possibly six, rounds. I probably lost rounds eight, nine and ten and came back in 11 and 12 and I did think I had done enough to win the fight.

“I felt as though I had done enough to nick it but after the fight everybody was saying I would be happy with a draw, well I was rather peed off if I am honest. I thought I done enough to nick it. I was being professional and not saying stupid things or showing any bitterness, and people were saying I must be happy with the draw but it felt like a loss because I thought I had won.

“Tyrone is a good fighter, I was impressed with his movement and he’s the most awkward fighter in the country. He’s got the shoulder roll off to tee, which is why we picked Ohara, he has the low hand stance and utilities the shoulder roll very well too.

“I think the fight will be the same as the last one from Tyrone, he boxed at his best last time – but I was at my worst. There is another 20 per cent to come from me and I know what to expect from him.”

Jenkins and Nurse clash on a stacked bill in Manchester topped by the rematch between hometown favourite Anthony Crolla and Darleys Perez for the Colombian’s WBA World Lightweight title.