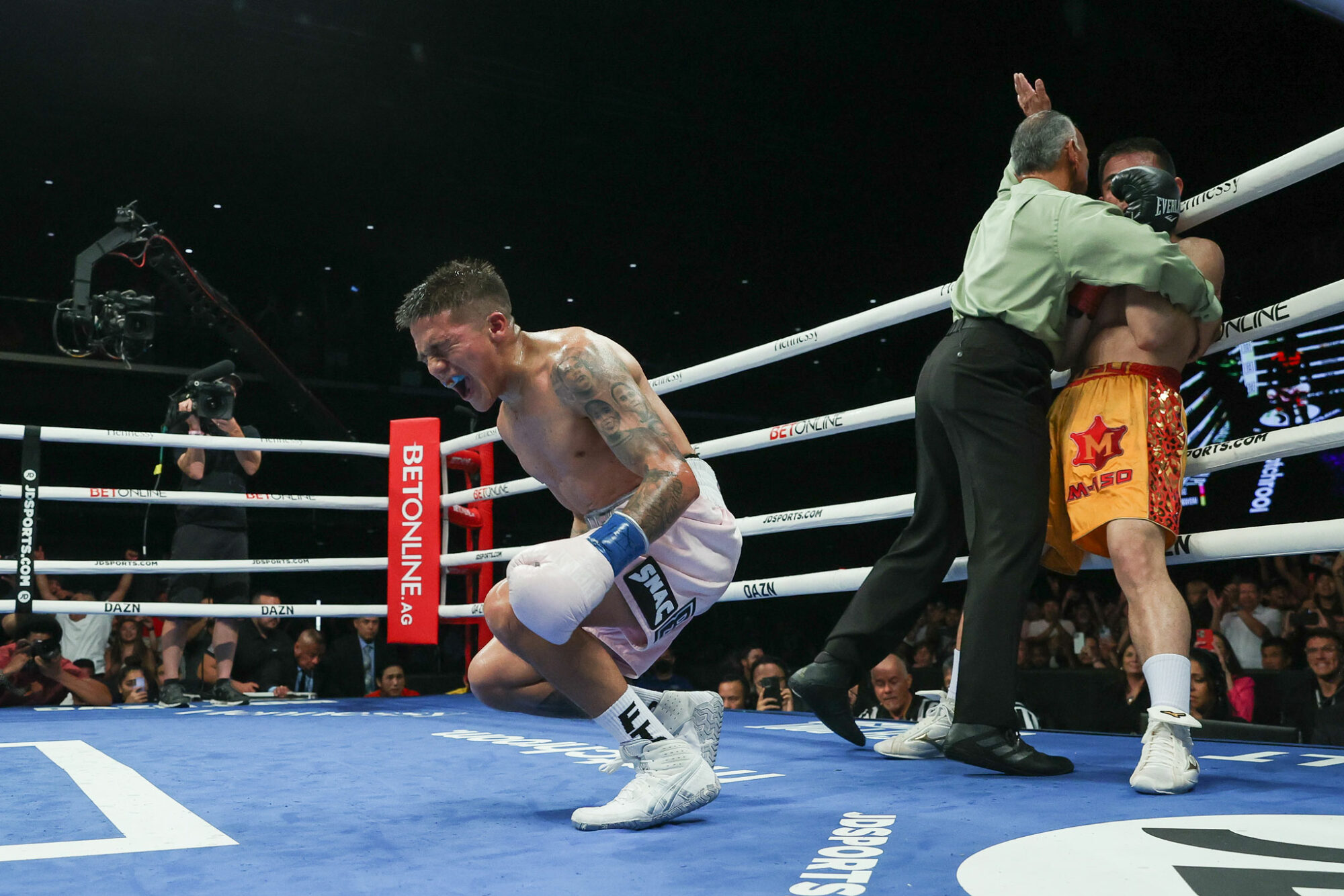 Jesse Rodriguez has signed an extension to his long-term promotional deal with Eddie Hearn and Matchroom.

Rodriguez put pen to paper following his sensational stoppage win over Srisaket Sor Rungvisai at the Tech Port Arena in his San Antonio hometown on Saturday night; thrilling his home crowd with an imperious performance from opening bell to the blistering barrage that ended matters in the eighth round.

The 22 year old phenom was crowned the youngest World champion in the sport in February when he landed the WBC strap as a late replacement in San Diego against Mexican king Carlos Cuadras and fighting at home for the first time in four years, and that victory, coupled with his destruction of Thai legend Rungvisai, puts ‘Bam’ firmly in the early discussion for fighter of the year – and he’s ready to push on and collect more titles in the second half of the year.

“I am delighted to sign with Eddie and Matchroom and so excited for the future,” said Rodriguez. “Last night was the best night of my career so far, beating a great fighter like Rungvisai in my hometown – but it’s only the beginning and there’s so much more that I can achieve.

It’s only the beginning and there’s so much more that I can achieve.

“I was so happy because there was a lot of people doubting me before last night saying that I shouldn’t be at 115lbs and that Rungvisai was going to KO me. So, for me to stop him, that’s a big statement. He has boxed the very best at Super-Flyweight and has not been stopped since his first two fights so that says a lot about me.

“I knew I could stop him, I said so in the build-up so to do it, I’m very happy. He packs a punch, I knew that and I could feel it, so I was glad to get him out of there.

“We will talk as a team, but I want to keep coming home to San Antonio. I hope everyone that came enjoyed the show, it means everything to me for my city to show out.

“The plan has been to go to 112lbs and win a title there but I’m open to fighting anyone, I want to keep improving and fighting the best. Every fighter wants to be on that pound-for-pound list, and you get there by fighting the best and beating them.”

“I am very happy to extend our promotional contract with Eddie and Matchroom,” said trainer and manager Robert Garcia. “Mr Honda’s Teiken Promotions and Matchroom together have done a great job.

“I am delighted to see Jesse commit his future to Matchroom and DAZN,” said promoter Eddie Hearn. “As I said in the ring last night – superstar. That’s all you need to know about this kid – he is a must-watch talent and that’s live in person or live on DAZN, you have to watch him perform.

“The options for Jesse are endless from 108lbs to 115lbs, and with Matchroom and Robert Garcia behind him, we’re going to be able to showcase this sensational fighter on the biggest platforms.

“Last night he had his hometown fans on their feet, and we want him to grow into a massive star on his own doorstep, but make no mistake, this young man will grow into a star attraction that all of America will get behind.”