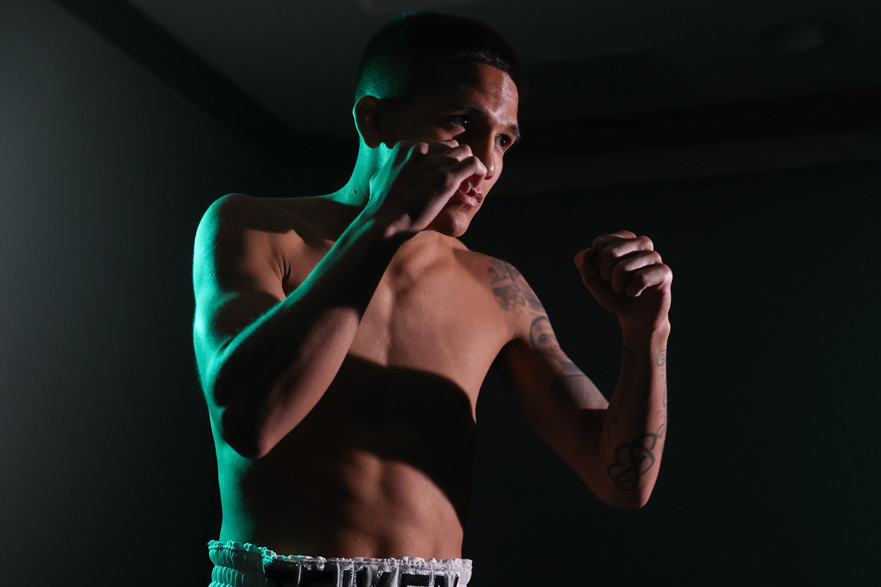 Jesse Rodriguez has signed a multi-fight promotional deal with Eddie Hearn and Matchroom.

Rodriguez (14-0 10 KOs) is closing in on a World title tilt and will fight for a belt for the first time in his career in Phoenix next Saturday when he tackles Fernando Diaz (10-1-1 3 KOs) for the WBC USNBC Flyweight title at the Footprint Center, live worldwide on DAZN.

TICKETS STARTING AT $20 (PLUS FEES) ARE ON SALE NOW AT TICKETMASTER.COM

The Robert Garcia-trained talent, who recently turned 22, featured on multiple 2022 fighters to watch lists, and ‘Bam’ is looking to steal the show next weekend to justify those predictions and underline his credentials for World title honors.

“I’m very excited to be joining the Matchroom team,” said Rodriguez. “This is huge for me and my career. This is my coming out party – in 2022 we secure my World title shot, and then go looking for the biggest fights there are out there.”

“We couldn’t be more excited about Jesse signing with Matchroom,” said Garcia. “They have a great team and have always been great to work with. Jesse is one of the most talented fighters I have ever worked with, and I believe with Matchroom we have a future superstar.

“Matchroom has a great stable of World Champions in the lower weight classes and we are excited to get Jesse in the mix with all of them. Jesse, Teiken Promotions and I are excited to join the Matchroom team.”

“I am delighted to welcome Jesse to the team,” said promoter Eddie Hearn. “Jesse is a World champion in waiting and one of the most talented young fighters in the world. He’s itching to get his hands on a World title and make the biggest fights, and he’s got a fantastic team around him with in Robert Garcia, Teiken Promotions and Matchroom to give him the platform to land those fights and excel in them.”

Rodriguez’s first fight with Matchroom against Diaz is part of a huge night of action in Phoenix as Srisaket Sor Rungvisai (50-5-1 43 KOs) and Carlos Cuadras (39-4-1 27 KOs) will reignite their rivalry with the vacant WBC World Super-Flyweight belt on the line.