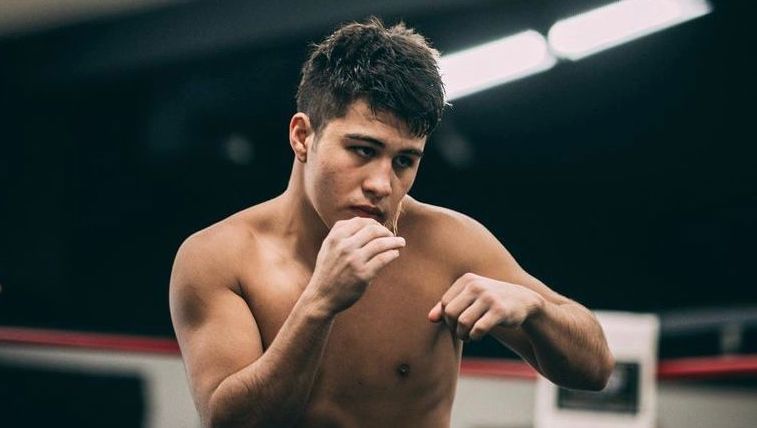 Jesus Martinez will make his professional debut on Friday June 10 at the Domo Alcalde in Guadalajara, live worldwide on DAZN, in the latest installment of Matchroom and DAZN’s fight series in Mexico, in association with Canelo Promotions and Clase Y Talento.

TICKETS ARE ON SALE NOW STARTING AT $150 PESOS FROM STAGEFRONT.COM

Martinez leaves the amateur scene as a 14-time US National champion, former International amateur champion and boasting a record of 137-9. The 17 year old from Del Rio, Texas, will campaign at Bantamweight and takes on Daniel Nunez Gomez (1-1) on his pro bow, and ‘Panterita’ is raring to make his first steps in the paid ranks.

“First and foremost, I’m really excited and pumped up to be on a Matchroom and DAZN show,” said Martinez. “I’m excited to be able to show the world all my skills and what I am about. I can’t wait for June 10 to show real fireworks.”

Earlier in the year, Martinez signed with new management company International Sports Group, founded by Hall of Fame great Joe Calzaghe and London fan favorite Darren Barker. The former World champions made the teen sensation their first signing, and ex-Middleweight king Barker believes that they have a future champion on their hands.

I’m excited to unleash Jesus on the pro ranks.

“I’m excited to unleash Jesus on the pro ranks,” said Barker. “He’s a lovely lad and he can really fight, it’s in his blood. He’s got unbelievable amateur pedigree, I asked him why not wait to try to make the Olympics as you are number one in the country, but he said he didn’t want to be an Olympian, because his aspirations aren’t just to be a World champion, but a multi-weight champion. He’s a tremendous talent and a future star, there’s no doubt about it.”

Jorge Castaneda and Eduardo Hernandez meet for the WBC International Super-Featherweight title in a huge fight for the division, Diego Pacheco (14-0 11 KOs) continues to be a must-watch talent and the 21 year old ticks off another major milestone as he stretches his legs over the ten round distance for the first time against Raul Ortega (10-2 7 KOs), Aaron Aponte fights for the sixth time in the paid ranks against Leo Leon Martinez (2-1 2 KOs) and there will be more additions to the card, including Eddie Hearn’s latest Stateside signing, to be announced today.