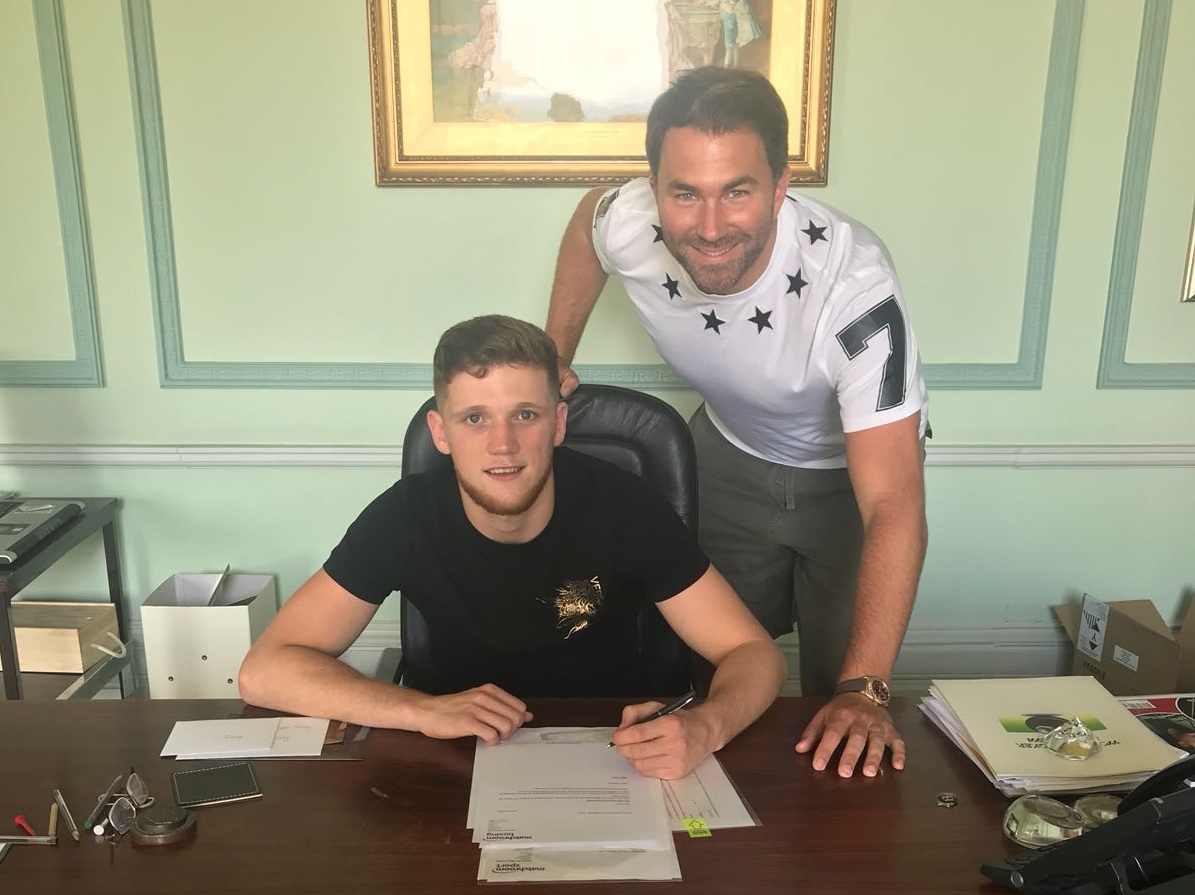 The former Team GB man has chosen to join the paid ranks following his success Down Under and will follow in the footsteps of three-weight World ruler and Scottish legend Ricky Burns by training under Tony Sims in Essex.

Docherty will start life as a Super-Middleweight and will make his debut in the new season, and the 20 year old cannot wait to get his pro journey underway.

“I am so excited to get my pro career started,” said Docherty. “I loved my time with Team GB and representing my country in Australia was a huge honour, but that chapter is closed now and I cannot wait to test myself in the pro’s.

“It’s brilliant to team up with Matchroom Boxing and Sky Sports, and training with Tony in Essex is going to bring me on so much. There’s lots of class fighters in then gym and of course, I’ll be training with Ricky, who is a legend in Scotland and someone I’ve always looked up to, so to be able to learn from him every day is going to be amazing.”

“I am delighted to welcome John to the team,” said promoter Eddie Hearn. “John’s amateur pedigree speaks for itself and he has all the ingredients to be a big success in the paid ranks.

“He’s a fiercely ambitious young man that is eager to learn every day, which is vital to make it in this sport. John’s commitment to move down to Tony’s gym in Essex to be alongside his fellow countryman and Scottish great Ricky Burns shows how dedicated he is to becoming a star, and I can’t wait to see his journey get underway in the new season.”