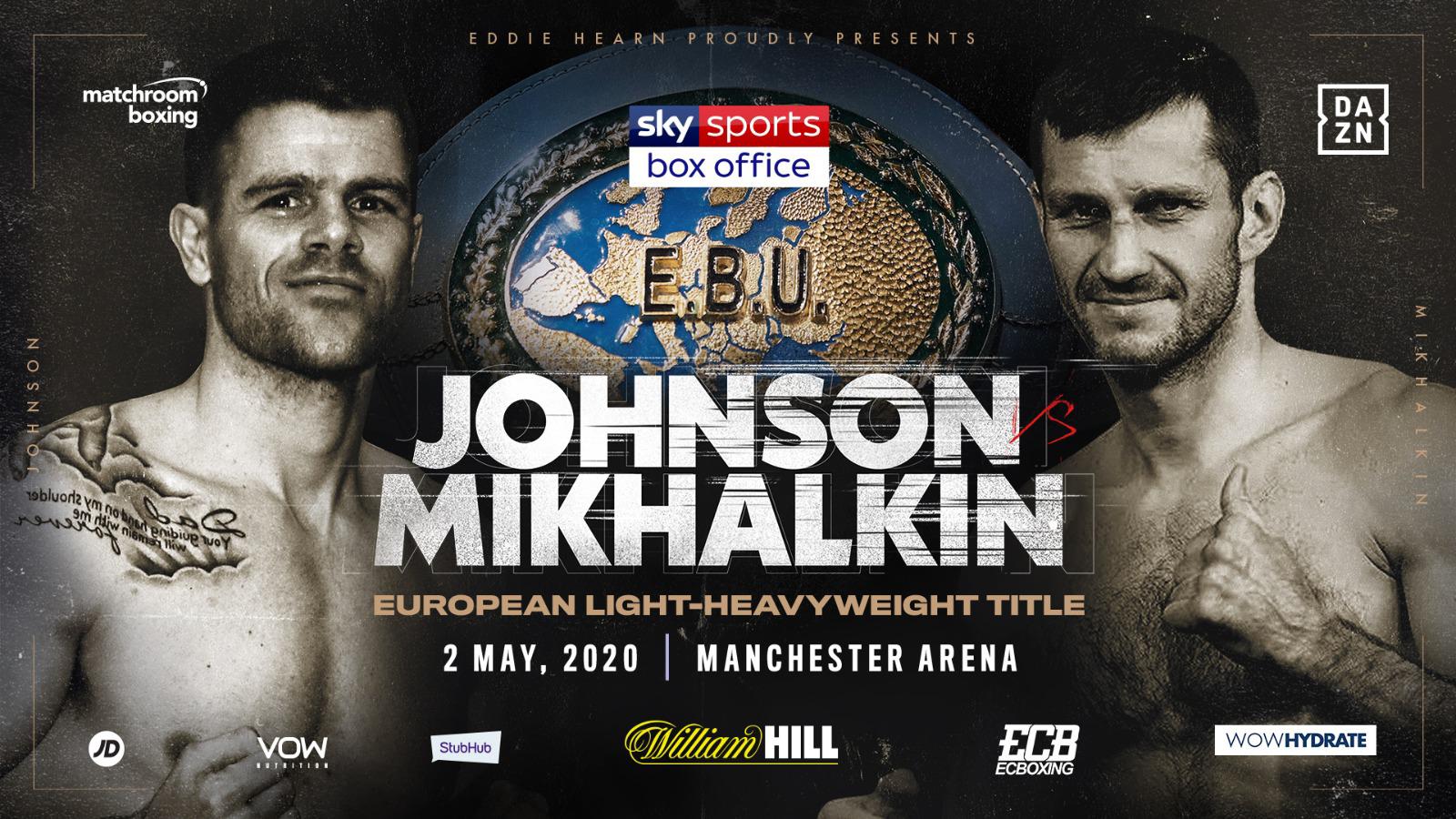 Callum Johnson will take on Igor Mikhalkin for the vacant EBU European Light-Heavyweight Title on the undercard of the blockbuster Heavyweight clash between Dillian Whyte and Alexander Povetkin at Manchester Arena on Saturday May 2, live on Sky Sports Box Office.

Johnson (18-1, 13 KOs) challenged Artur Beterbiev for the IBF World Light-Heavyweight Title in the first ever live show on American soil on DAZN, and the pair put on a hell-raising shootout, with Johnson climbing off the canvas in the opening round to send Beterbiev to the deck in the second session.

After falling short in his first World Title shot, ‘The One’ took out Sean Monaghan in three rounds at the Turning Stone Resort & Casino in March 2019, but that turned out to be the Boston man’s only fight of the year, and he is keen to put a disappointing injury-hit year behind him by winning the European crown.

The Russian southpaw then picked up the vacant IBO Light-Heavyweight Title against Thomas Oosthuizen at the Barclaycard Arena in Hamburg before suffering only his second career defeat against Sergey Kovalev in a challenge for the WBO crown in 2018.

“He’s a good tough fighter,” said Johnson. “It’s a tough fight for me, he’s a solid southpaw, he’s been European Champion before and he lost to Kovalev when Kovalev was still top of his game. I’m expecting a very hard fight but it’s a fight that I’m looking forward to and I’m confident I can win.

“2019 got off to a flying start, I got a good win out in America and I impressed a lot of people with that performance. It’s a shame that I got injured because I think 2019 would have been a brilliant year for me. It didn’t turn out to be my year but we go again.

“To win the British, Commonwealth and European Titles will be a fantastic achievement and I’m confident of getting the win on May 2. It’s a fight that I’ve got to win. If I win then it potentially opens massive doors for me to get another World Title shot and earn some big money. If I lose, it’s a big setback.”

“I’m happy that I can showcase my skills against a tough opponent in the UK,” said Mikhalkin. “I know that Callum will come into our fight in very good shape and he has already shown he can trouble the best fighters in the world. I believe that I have what it takes to beat Callum, I’ve held the European Title before and made a number of successful defences, this is my belt and I’ll be taking it back to Russia after May 2.”

Whyte vs. Povetkin tops a huge night of action in Manchester as Katie Taylor (15-0, 6 KOs) and Amanda Serrano (38-1-1, 28 KOs) collide in a blockbuster super fight with the Irish legend’s Lightweight World Titles on the line against the seven-weight World Champion.