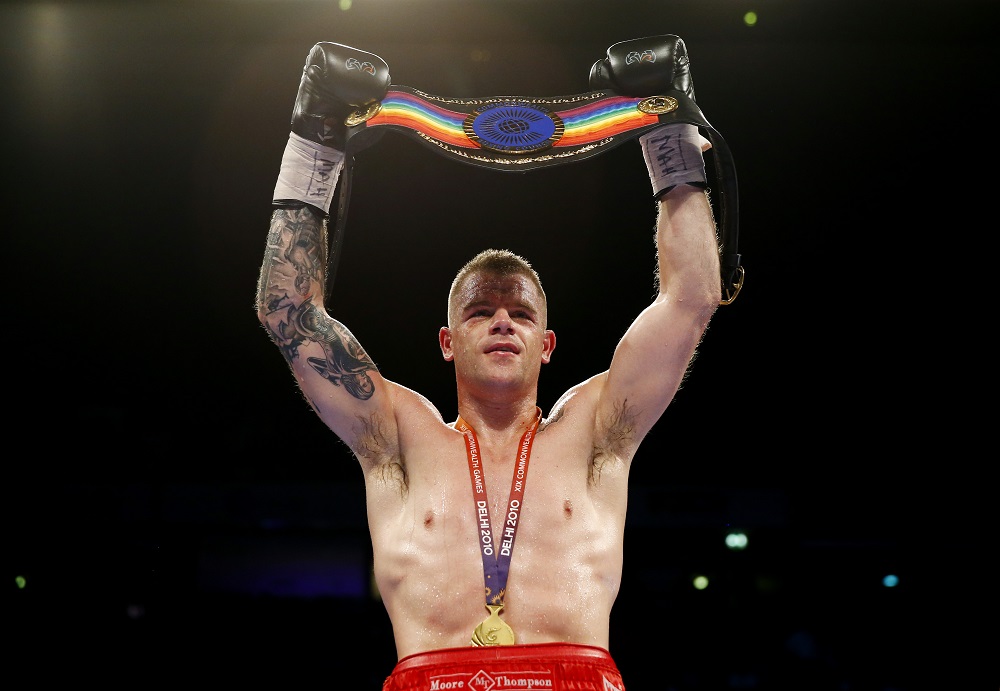 Johnson Eager To Make Up For Lost Time Against Buglioni

Callum Johnson is determined to make up for his frustrating absence from the ring when he takes on Frank Buglioni for the British Light-Heavyweight title at The O2 in London on March 24, live on Sky Sports.

Johnson has not boxed since landing a unique Commonwealth double by adding the pro title to his 2014 gold medal with a destructive ninth round KO of Willbeforce Shihepo in Manchester in September 2016, but injury issues have forced him to wait until March to get back in the ring.

‘The One’ had been set to face Buglioni for both titles in Cardiff in October but injury took away the chance to fight at Principality Stadium and he was replaced by Craig Richards, who pushed Buglioni the full distance. Now the fully fit 32 year old wants to add the Lord Lonsdale belt to his Commonwealth strap before targeting even bigger prizes.

“It’s been a while since I’ve fought and I’m counting down the days,” said Johnson. “I had to pull out of the last one with injury and then we had a few complications which kept me out longer than hoped but if anything, that has spurred me on to put on a performance come March 24.

“I pulled my chest muscle which was the initial problem. I went to the hospital to have an X-ray and they then found something else which needed extra testing to make sure everything was OK and there wasn’t any underlying problem. I’ve had all of the tests and now we’re fully firing back in training.

“I’m feeling fit and strong and the sharpness is coming back. Come fight night we’ll be more than ready. It feels as if I’ve been given a second chance for this fight and I am determined to grab it with both hands.

“I haven’t watched Frank’s fight with Richards who stepped in to replace me back in October. I was feeling very down it wasn’t me in there fighting him, so I couldn’t bring myself round to watching it. But I’ll make sure I give it a once over in the build up to the fight.

“People have said to me they weren’t too impressed and it was the same old Frank. He’s strong and fit and keeps coming but I’ll make my own mind up. I know what he’s about, I’ll have to be at my best to beat him.

“The division is thriving at the minute. I heard Frank say he wants to wipe out the whole of the domestic division, my plans are to derail Frank’s ambitions. It’s not personal but at the end of the day I want what he’s got.

“It’s not just the belt, it’s everything that comes with it. He’s World ranked with a few of the governing bodies. He’s only a few fights away from big, big fights – I win and I’ll take his place, there’s a lot at stake. What’s happened is in the past, were here now and ready to put on a show and do the business.”

Johnson and Buglioni clash on a huge night of action in Greenwich as Dillian Whyte and Lucas Browne meet for Whyte’s WBC Silver Heavyweight title in a crucial clash for the division.