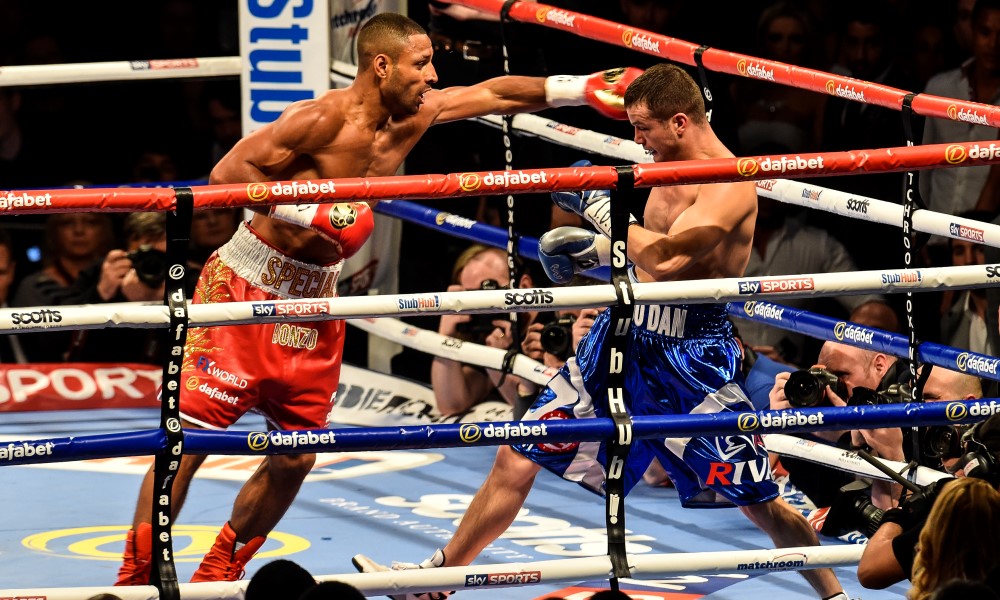 Brook: I Am Ready To Fight Again Now

Kell Brook wants to box as soon as possible after his brutal four-round demolition of Jo Jo Dan in his first defence of his IBF World Welterweight title in Sheffield on Saturday.

Brook dismantled his mandatory challenger with a stunning display of his trademark power and accuracy, flooring the Romanian-Canadian twice in both the second and fourth rounds before the challenger retired on his stool ahead of the fifth.

‘The Special One’ is enjoying a very short break with his family before getting straight back into the gym and the 28 year old has told promoter Eddie Hearn he wants to fight twice more before the end of the summer.

“Saturday night was fantastic and I want to capitalise on that win,” said Brook. “I came out injury-free and the leg felt great, so I want to box as soon as possible.

“I said before the fight that I have kept the fans waiting too long – I don’t want that to happen again. The buzz from the fans when I was walking out was amazing, and the roar each time I knocked him down made me feel like a giant.

“I have told Eddie Hearn to get me out as soon as possible and I want to fight twice before the end of the summer, starting at the end of May.”

Brook’s promoter Hearn is ready to deliver the dates the Sheffield star is craving.

“The plan now is to build on the momentum of Saturday,” said Hearn. “It was a wonderful night – a packed out arena and our broadcast partners loved it. Originally we were planning Kell’s next fight for July but he is itching to fight again and we could bring him back as early as May. It’s been a frustrating period for him but there is no stopping Kell now and we want to get him back in action as soon as possible.”