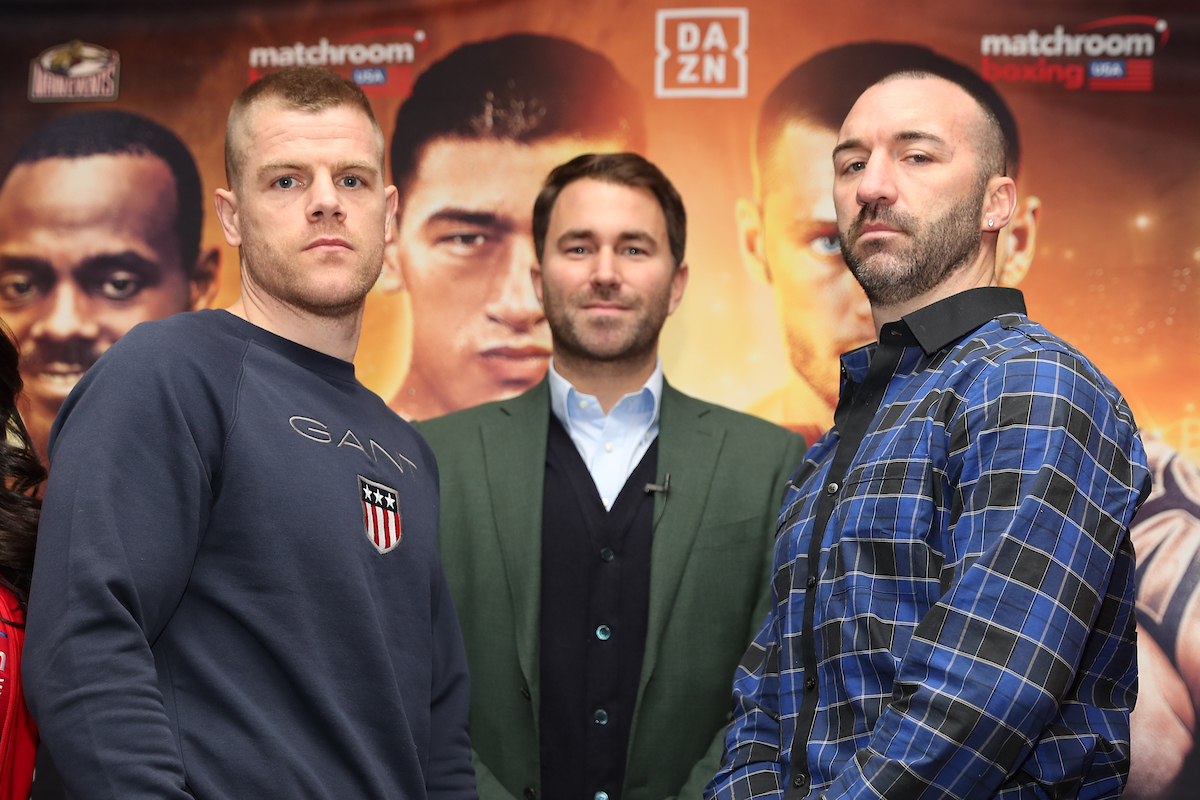 Johnson: This Is Make-or-break Against Monaghan

Callum Johnson says his clash with Sean Monaghan on Saturday at the Turning Stone Resort Casino in Verona, New York on Saturday March 9, live on DAZN in the US and on Sky Sports in the UK, is a bigger fight than his World title challenge – as victory can lead to another World title shot, but defeat sends him to the wilderness.

Johnson (17-1-0 12KOs) challenged Artur Beterbiev for the IBF World Light-Heavyweight title in the first ever live show on American soil on DAZN, and the pair put on a hell-raising shootout, with Johnson climbing off the canvas in the opening round to send Beterbiev to the deck in the second session.

The Russian champion rose from the floor to stop the Brit challenger in the fourth round to hold onto his belt and unbeaten status – but Johnson certainly made fight fans stand up and take notice of his ferocious power.

Johnson is back in the US for a crunch showdown with Monaghan (29-2-0 17KOs), with both men having one eye on the headliner Dmitry Bivol, who defends his WBA World Light-Heavyweight title against Joe Smith Jr.

A fight with the winner of that bout could be on the cards for the victor in the Johnson-Monaghan clash, but the Commonwealth Games gold medal man knows that defeat could be the end of the road at the top level for the loser.

“It’s a great opportunity to be straight back out in America and I think that there’s a good chance that if I win this fight, I’ll get another World title shot,” said Johnson. “There’s a lot on the line, probably more so than the Beterbiev fight because if I lose, where do I go? Victory leads to massive things – so it’s all on the line and I can’t wait.

“I did myself some favors in a way against Beterbiev but knowing myself and what I can do, I maybe underperformed in the end, I let occasion get to me and maybe his reputation got to me. I did myself proud and I think that the fans and DAZN saw what I can do which is why I am back here again.

“I showed glimpses of what I am about so now I want to be active and keep fighting regularly, because I went into the Beterbiev fight on the back of just 90 seconds of action in two years. No excuses, those are the cards I’ve been dealt, but getting this fight, get through it and I’ll be more active and show people what I can really do.

“I’m still disappointed to be honest. Everyone was telling me how well I did and what a great fight it was, we both went down and threw a lot of leather. No one gave me a chance against him so I shocked a lot of people but I still kick myself as I think I could have done better and when I put him down in the second, I felt I froze a bit. I learnt a lot from that mentally though.

“Winning puts me back out there and in the mix. People are talking about me at World title level now, not at British, European or Commonwealth level. I’m in that World title mix so only good things can come for me now.

“I have a young family at home so I want to buy a house and secure my kids future – that’s my number one goal. I want the biggest fights possible for the most money – it’s pretty simple.

“That British scene is great, but it’s not for me to say what the likes of Joshua Buatsi and Anthony Yarde are doing. Buatsi is only heading one way, and that’s to World level so that’s a fight that could come around – but it needs to be worth it both money-wise and for what would be on the line.

“There are big names at Super-Middleweight too that excite me if those fights could get made, I feel I could make 168lbs if the fight made sense. I keep my options open for the biggest fights with the most money, I’ve spoken to Joe Gallagher a few times about Super-Middle over the last couple of years, it hasn’t gone further than a chat, but I think it’s an option if the right fight is there.”