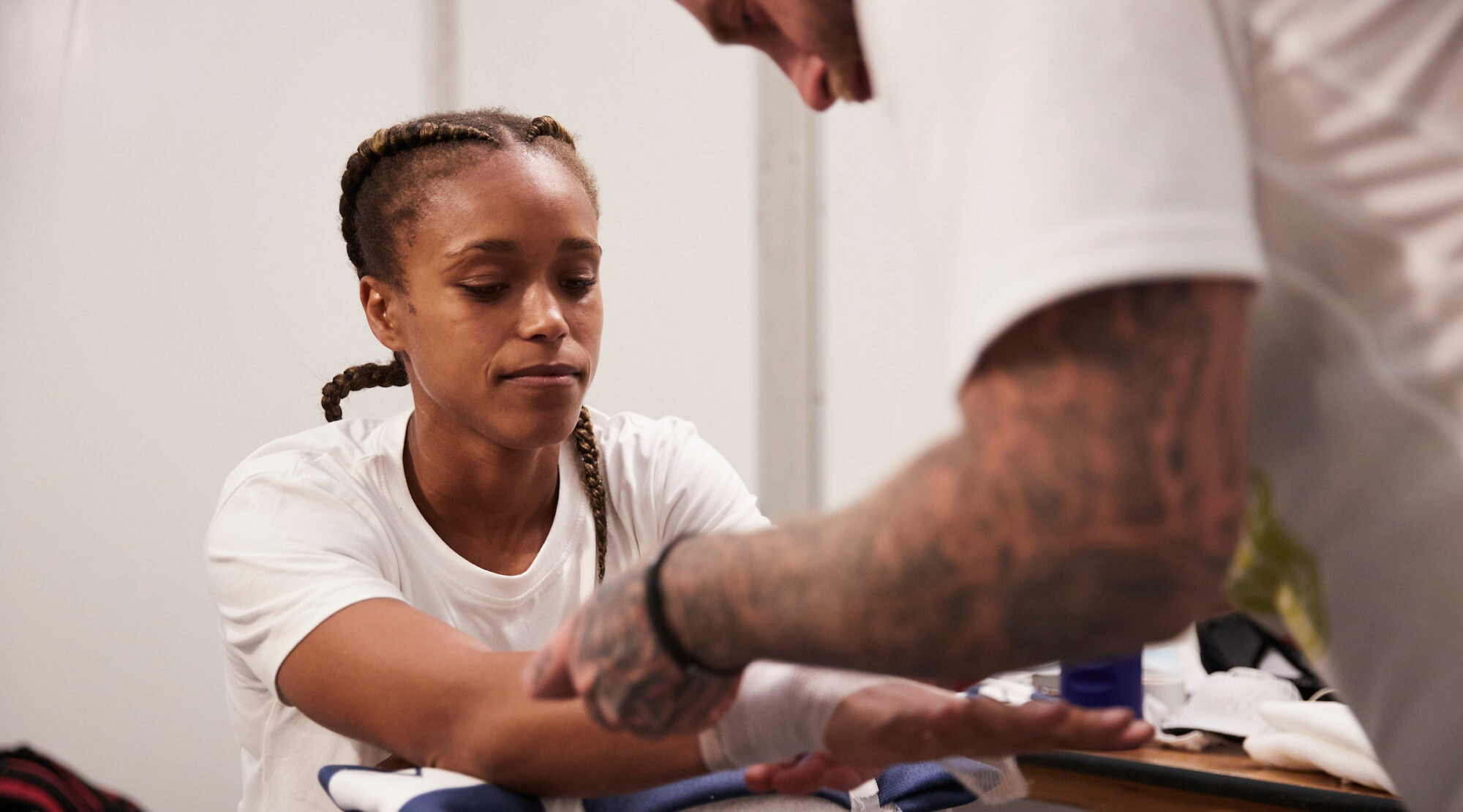 Jonas: Taylor has been unfinished business since 2012

Tasha Jonas says she has “unfinished business” with former amateur foe Katie Taylor and has promised to settle the score when she faces the Irish star for the Undisputed Lightweight World Titles at the AO Arena, Manchester on Saturday May 1, live on Sky Sports Box Office in the UK and on DAZN in all markets excluding the UK, Ireland, China, New Zealand and Samoa.

‘Miss GB’ came agonisingly close to winning her first World Title at the age of 36 last summer when she battled to a thrilling draw with WBC and IBO Super-Featherweight Champion Terri Harper at Matchroom Fight Camp. It was the first time that two British women had competed against each other for a Word Title, and the all-action fight more than lived up to the occasion.

The Liverpudlian met Taylor in the quarter-final stages of the London 2012 Olympic Games, losing out on points to the eventual winner of the tournament. The pair meet again nearly ten years down the line this weekend, and Jonas is confident of avenging her loss and handing a first defeat to the icon of women’s boxing.

“I’ve finally established myself at world level which is where I always wanted to be,” said Jonas. “I think I was a bit unlucky that night. I’ve always said I’m not going to keep banging on the door of Terri Harper. I’ve put myself in mandatory positions and I’ll make the fight have to happen again, but I’m not going to wait around and I haven’t done that. Other opportunities have come forward and they’re the ones that I have taken.

"The best version of me is a tough fight for anyone, Katie included"

“Ever since I turned pro that’s always been the fight that everybody has wanted to see. There was 12,000 people in the arena at the time and we got the loudest crowd participation – that was the Irish and the Scousers going at it! It was brilliant. My amateur coach had been all around watching boxing, some of the biggest fights, and he said he’d never heard an atmosphere like it. It’s a little bit sad that fans won’t be there this time, but it was a spectacle and that’s what we hope to do again.

“All eyes will be on us again and I think both of us will step up to the plate. I know I have to be better than I was last time. Without disrespecting anyone, she’s in a different league to any other opponents before. I’ve fought her before, and I’ll be ready. I’ve always wanted to be a World Champion, one fight could give me that, and everything else. It’s a huge moment for me and my career. I have to be better than I was before, which I’m prepared to do.

“People say you have these turning points in life. As successful as my amateur career was, I didn’t achieve things that I wanted to. That was the whole point of me coming back and being a pro. There was unfinished business. Katie Taylor has been the unfinished business since 2012. To come back and not only beat her and win her Titles, to become Undisputed – what more could you ask for as a professional boxer? That’s everything. You’ve done it all within one fight.

“Even throughout her amateur career she’s always set the bar really high and we’ve always had to catch her up. She presents herself well. She’s very positive. She’s been a great role model. That’s carried on into the professionals. When we step into the ring on fight night, she’s going to have to earn that respect. I’ve got all of the admiration and respect for her outside of the ring, but in the ring, you have to earn it. That’s what I’ll do.

“I don’t visualise anything if I’m honest. I prepare myself for every eventuality. That’s what I did with Terri and that’s probably the only time we’ve done that. That’s probably what I’ll do this time. Whatever Terri came with, I had an answer for. I think I’ll do the same with Katie. I’ll prepare for every best version of Katie. Any way that she can come at me, I’ll have an answer for it. The best version of me is a tough fight for anyone, Katie included.”