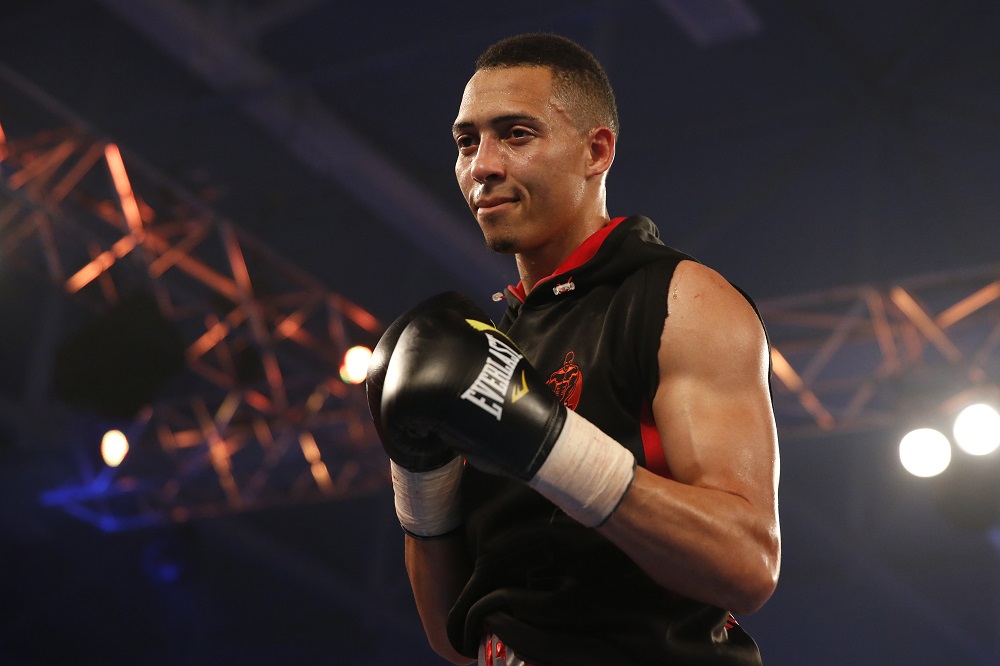 Morgan Jones has landed a dream chance to shine on the big stage as he meets Mose Auimatagi Jnr at Principality Stadium in Cardiff on March 31, live on Sky Sports Box Office.

Unbeaten Welshman Jones moved to 12-0 in July with a fifth KO in the paid ranks at The O2, and now the 27 year old wants to make a name for himself with a win on the biggest stage possible.

Auimatagi Jnr is unbeaten in his last eight outings and the 22 year old Auckland man will be hoping to kick-off a famous night for New Zealand boxing with fellow Kiwi Joseph Parker meeting Anthony Joshua MBE in a Heavyweight unification blockbuster – but Jones says he’ll stay unbeaten and send the fans home with a new star on their minds.

“As a Welshman it’s a dream come true to box at Principality Stadium,” said Jones. “I’ve done my apprenticeship on the small hall shows with twelve straight wins and now I’m ready for the biggest stage.

“I hear Team Parker have high hopes for Mose Auimatagi Jnr but he’s coming to the lion’s den in Cardiff and it’s my time to shine. I want to be boxing for major titles later in 2018 and this is the next big step towards that goal. Sure, the fans are there for AJ but I hope they go home remembering my name too!”

“It hasn’t quite sunk in yet, but I really appreciate the opportunity to fight on such a big stage this early in my career!” said Auimatagi Jr. “If fighting on such an iconic promotion isn’t exciting enough, the challenge of becoming the first opponent of 13 to date, to beat formidable top local prospect Morgan Jones, in his own backyard, in front of up to 90,000 fans supporting him, sure helps me find the motivation in training.”

Jones’ clash with Auimatagi Jnr is part of a colossal night of action in Cardiff as Anthony Joshua MBE faces Joseph Parker in a World Heavyweight unification battle.

Coach packages are on sale via www.seetickets.com with various pick up/drop off locations available throughout the UK.