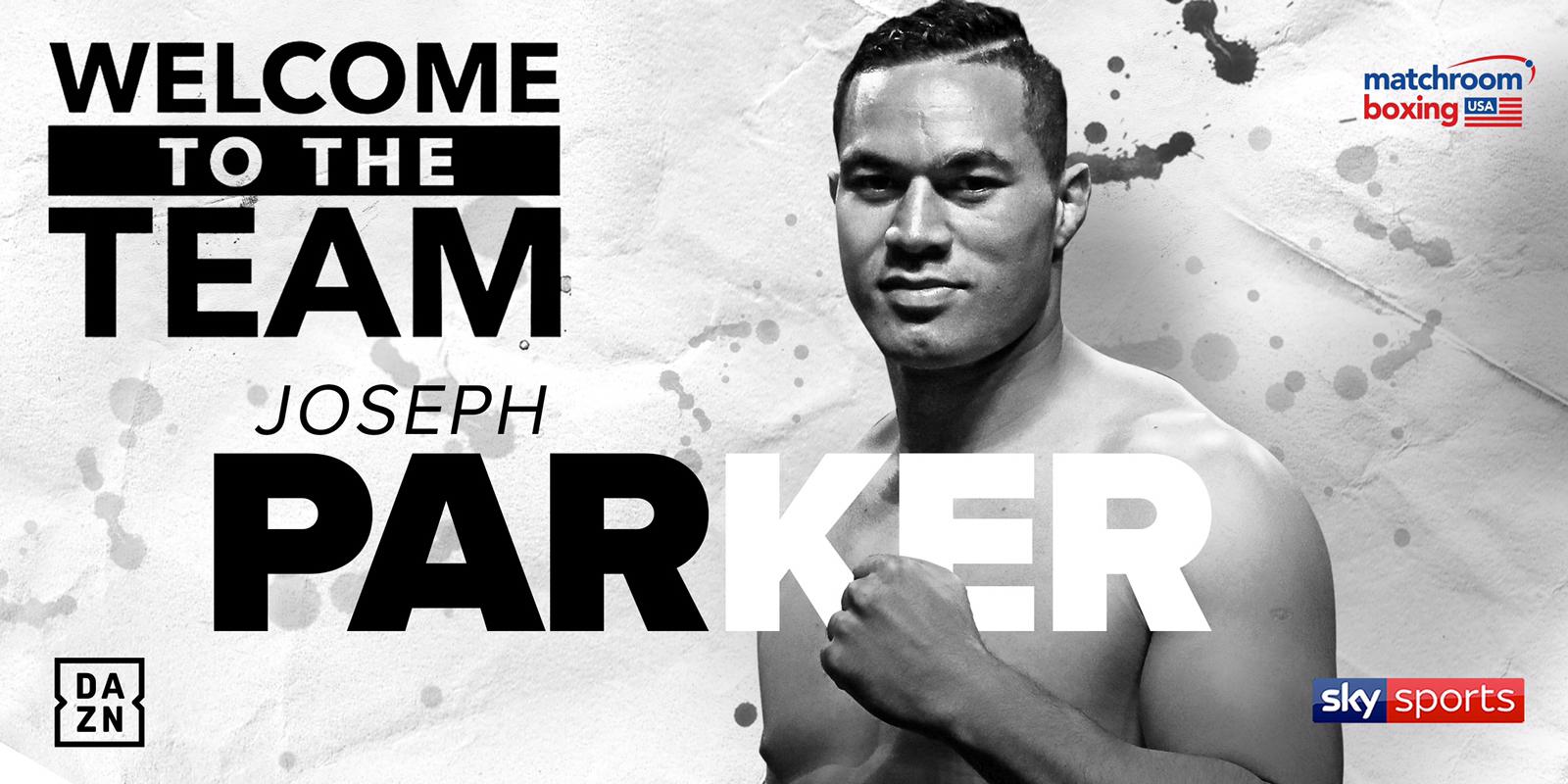 Parker will fight for the first time with Matchroom Boxing USA on June 29 in Providence, Rhode Island on the undercard of the Demetrius Andrade’s WBO Middleweight world title defense against Poland’s Maciej Sulecki, live on DAZN in the US and on Sky Sports in the UK.

The bout marks the beginning of the second phase of Parker’s career – and the start of the road to becoming the undisputed Heavyweight Champion of the world.

“My six-year promotional contract with Duco Events ended on March 26,” said Parker. “It was a wonderfully successful partnership – so much so that David Higgins will always be part of my team, advocating in my best interests in a management capacity.

“Since my contract with Duco ended I have been a free agent, with my team and I spending several months assessing how to best achieve my goal of not only becoming a World Champion again, but unifying all of the belts to become the undisputed Heavyweight Champion of the world.”

Parker said he and his management team conducted a robust process that included seeking offers from boxing’s most prominent promoters.

“Ultimately we decided that the best option was to partner with Eddie Hearn and Matchroom Boxing. We believe the three-fight deal that we are announcing today will be the start of a long and successful partnership.”

Matchroom Boxing’s Eddie Hearn said he had no doubt Parker could once again become Heavyweight Champion of the world.

“If Joseph Parker performs the way we all know he can over these next three fights then he will have a strong case for some huge fights,” Hearn said. “Parker is a young man with a great mix of experience and ambition, and this is a really exciting signing for Matchroom.

“And, I must say, I am also looking forward to sparring again with my old mate David Higgins as we haggle over the terms of each deal for Joseph. David unquestionably has Joseph’s best interests at heart and he is a tough negotiator, so there are going to be some interesting discussions ahead.”

Higgins said: “This is absolutely the right decision for Joseph and Team Parker, which I have supported every step of the way. I’m pleased that I can now work with Joseph’s existing management team to help carefully guide the remainder of his career.”

The company will manage and advise a stable of talented athletes, he said.

The fight will be streamed on DAZN in the US and available on Sky Sports UK. Negotiations are underway for live broadcast rights in New Zealand.