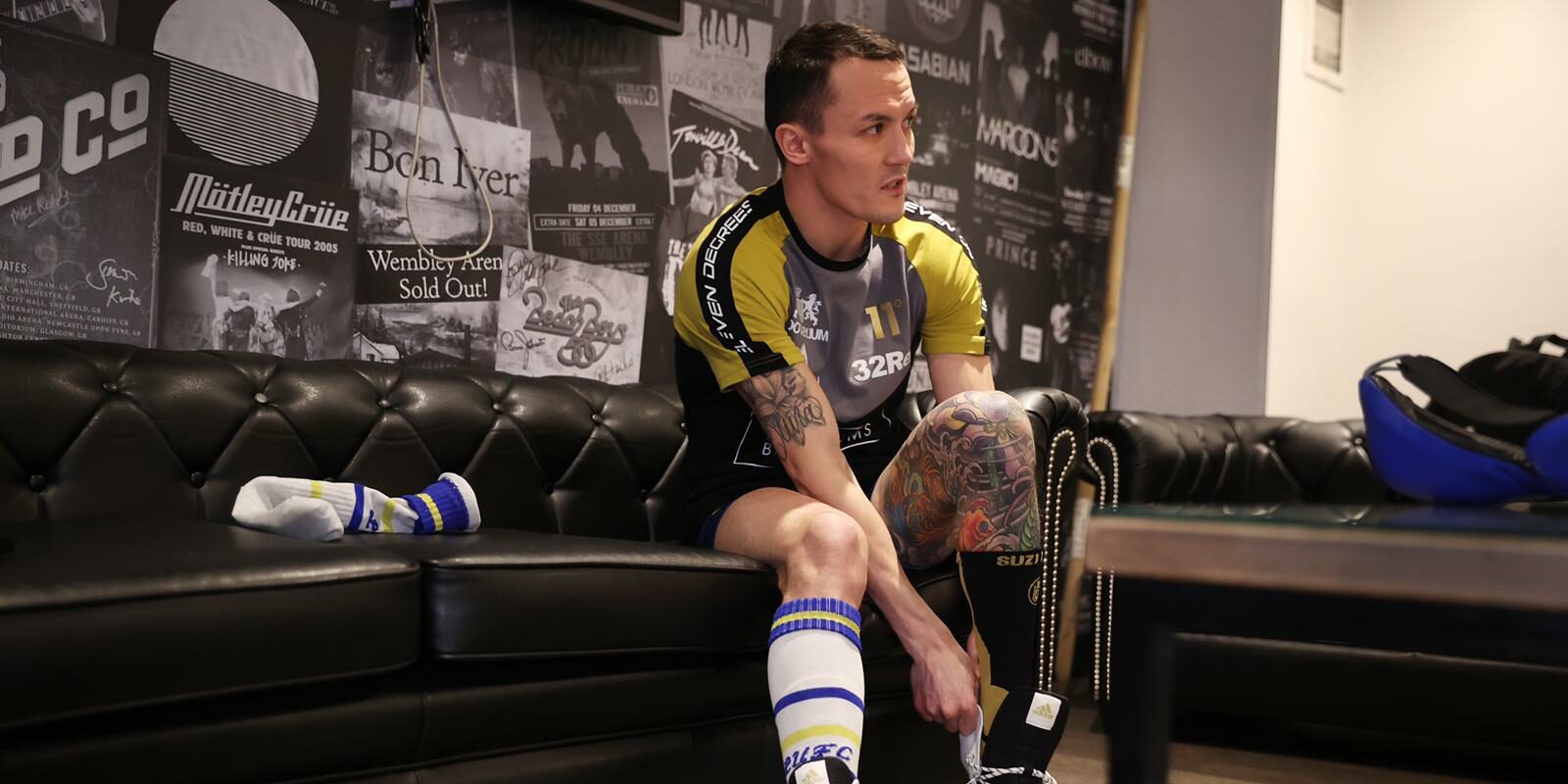 Josh Warrington has been given a massive boost by his huge army of fans who bombarded him with messages over the weekend.

‘The Leeds Warrior’ has received thousands since his first ever professional defeat against Mexican Mauricio Lara at The SSE Arena, Wembley on Saturday night.

Former IBF World Featherweight Champion Warrington said: “I am so thankful for the incredible support I have received since Saturday night.

“The support from the public in Leeds has been overwhelming. Also, boxing fans from all over Britain have shown concern and sent lovely messages.

“It’s not been the best weekend, even Leeds United were beaten at Arsenal but I just wanted to take time to say how much these positive messages and social media posts are appreciated.”

Warrington travelled back home to Leeds with his wife, Natasha in the early hours of Sunday Morning to celebrate the third birthday of their twin daughters, Eliza and Olivia.

He added: “Being around my wife and my girls on their third birthday was special. They will always make me smile.

“Their birthday and hearing from so many well-wishers has been a great boost.

“Obviously, I’m hurting inside. I’ve lost my unbeaten record. That’s something I have treasured and it is a dent. Anyone who knows me can tell you I stand proud.”

Warrington, 30, will see a shoulder specialist this week, but doesn’t expect any long-term issues from that or other injuries he sustained in the fight. When the all-clear is given Josh, father and trainer Sean O’Hagan, manager Steve Wood and promoter Eddie Hearn will map out plans for a ring return.

“I have a small, close-knit team around me and it will not be long before I am ready to start the climb back to the top of the Featherweight division,” says Warrington.

“I may not have to prove myself to my fans, but I want to show them and my rivals that I still belong at the very highest level.

“Good luck to Mauricio Lara who is a serious opponent for anybody. He is heavy-handed and holds power that will trouble any Featherweight.

“Will we meet again in a boxing ring? Who knows. We only fought a couple of days ago. But, if the chance comes I will jump at it.

“It’s now about having a break after 15 months in the gym, recharging my batteries, letting the injuries heal and becoming a two-time World Champion.

“I thank everyone again from the bottom of my heart and I can’t wait until we’re lifting the roof off Leeds Arena once more, singing ‘Marching On Together.’”

"I am so thankful for the incredible support I have received since Saturday night."