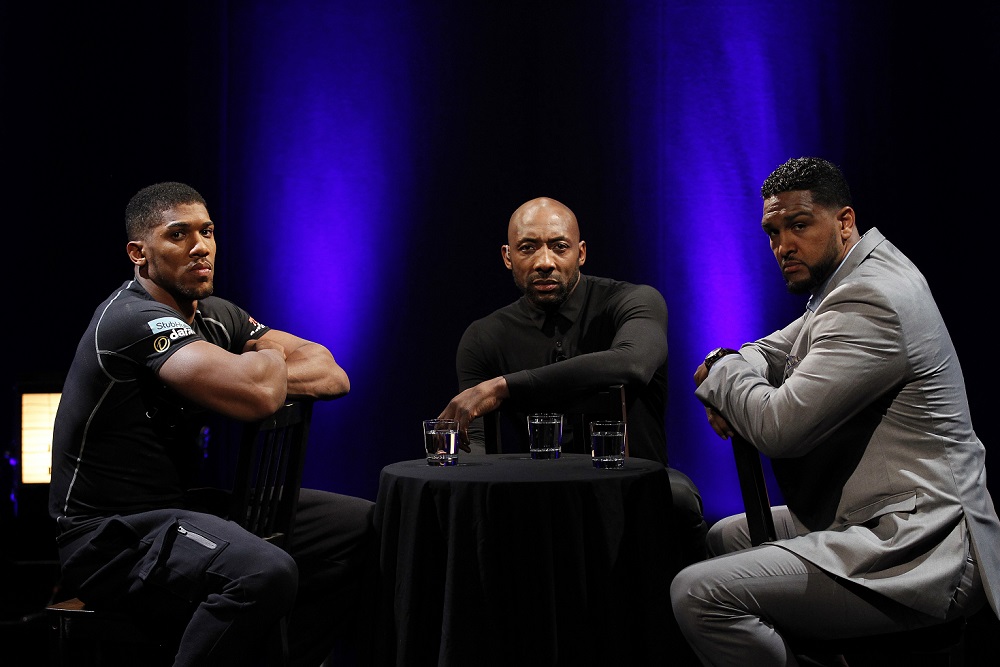 Joshua And Breazeale Predict Ko Wins In ‘the Gloves Are Off’

Anthony Joshua MBE and Dominic Breazeale both predict KO wins in their battle for Joshua’s IBF World Heavyweight title when they go head-to-head in ‘The Gloves Are Off’ this Sunday at 7pm on Sky Sports 2 and at 10.30pm on Sky Sports 1.

Joshua and Breazeale clash at The O2 on June 25 live on Sky Sports Box Office with Joshua making the first defence of the belt that he ripped from Charles Martin with a clinical second round KO in April.

With 31 KOs from 33 wins between the pair, fireworks are guaranteed in Greenwich in a fortnight’s time – with Joshua vowing to make it 17 KO wins from 17 pro fights, while the unbeaten visitor says he’ll shock the world and KO the champ.

“People pay to see blood, they pay to see war and that’s why people are supporting my journey because I deliver every time I step in the ring,” said Joshua.

“If he backs up his talk he’ll go past the first round, but the second round – that’s the danger round, just protect yourself. I’ll handle my business and he’ll go the same way as everyone else.

“Don’t build yourself up. You are already in a deep hole, don’t make it deeper. If you know me, you know I make every day count, I’m serious about my life. We’re competitors, regardless of all the things outside the fight, the fans, the O2, him thinking he’s going to come here and smack me all around that ring, your mind-set is wrong, it’s not that simple. You need to change your mind-set and think about how you are dealing with because you are not dealing with an idiot. I am serious about this boxing and I want to be a success.”

“I’m going to shock the world – ‘Trouble’ is coming,” said Breazeale. “I have no back up plan because I am going to KO AJ and become World champion. The more I talk, the more I want to get in there and do this, bite down on the gumshield and fight. He’s chosen the wrong man. He’s going to be thinking ‘why is he hitting me so hard? Are there two or three of him in there?”

“He can land those shots on me ten times and I am not going down. And if I did, I am not going to look up at the referee with a smile on my face. You are in the ring with a beast, it might be your Lion’s den but there’s a new lion in town.

“Dillian Whyte hurt him, he had him out on his feet but he couldn’t close the door on him. I saw a ton of mistakes and I’ll take advantage of them. When I have him out on his feet, I’ll put him down on the canvas, and when I do that, I want him to get and let me do it again.”

Joshua and Breazeale clash on a huge night of action in London where George Groves and Martin Murray meet in an eliminator for the WBA World Super-Middleweight title.