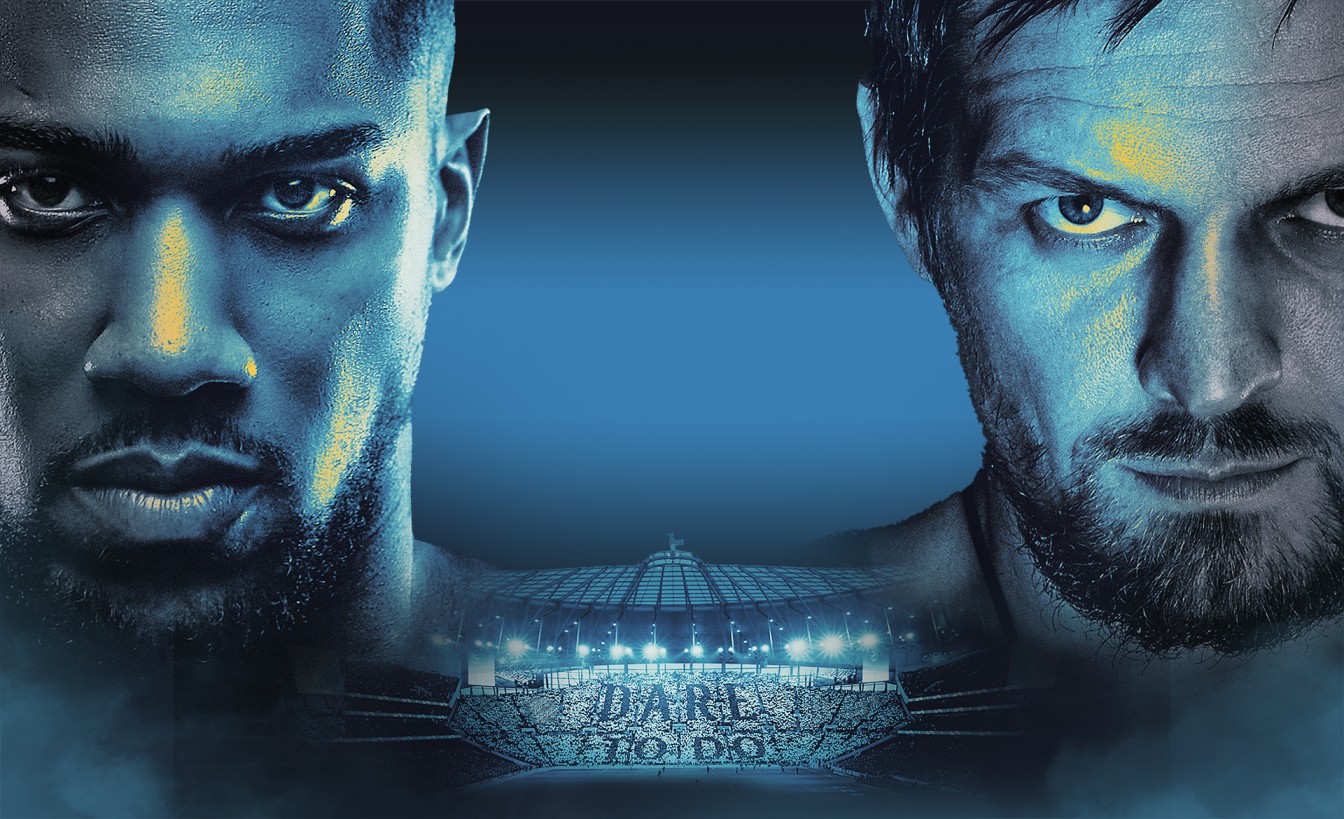 Unified Heavyweight Champion of the World Anthony Joshua OBE will put his IBF, WBA, WBO and IBO World Titles on the line against Oleksandr Usyk at Tottenham Hotspur Stadium in London on Saturday September 25, live on Sky Sports Box Office in the UK.

Joshua (24-1, 22 KOs) dominated and then floored IBF Mandatory Challenger Kubrat Pulev to score a brutal ninth-round knockout at The SSE Arena, Wembley last time out in December in what was his first fight on UK soil since he stopped Alexander Povetkin in seven explosive rounds at Wembley Stadium back in September 2018.

The Heavyweight division’s biggest attraction has sold-out stadiums and arenas around the world and now ‘AJ’ returns to the Capital for his fifth stadium fight looking to create more history as he faces his latest WBO Mandatory Challenger at the new state of the art home of Spurs, following in the footsteps of Frank Bruno MBE who defeated Joe Bugner in Matchroom Boxing’s first Heavyweight promotion at the old White Hart Lane in October 1987.

Ukrainian pound-for-pound star Usyk (18-0, 13 KOs) made the move to the Heavyweight division after dominating at Cruiserweight, ending his extraordinary spell at 200lbs as the Undisputed king with a phenomenal run of victories in his opponent’s backyard against Marco Huck, Mairis Briedis, Murat Gassiev and Tony Bellew.

The 2012 Olympic Gold medallist began his assault on the Heavyweight division by retiring Chazz Witherspoon in seven rounds at the Wintrust Arena in Chicago in October 2019 and continued his bid to become a two-weight World Champion when he outpointed Derek Chisora over 12 rounds at The SSE Arena, Wembley last October.

“The date is set and we are fully locked in,” said Joshua. “September 25, Tottenham Hotspur Stadium, I put it all on the line again and it’s time to defend my crown. We are two Olympic Gold medalists who have fought our way to the top and never avoided challenges.

“The venue is exceptional, the atmosphere will be electric, I’m honoured to be the first person to fight in such an awe inspiring venue. The stage is set and I am ready to handle business.”

Usyk said: “The path will be mastered by the walking one.”

Eddie Hearn, Matchroom Sport Chairman, said: “Olympic Gold vs. Olympic Gold, Unified World Heavyweight Champion vs. Undisputed Cruiserweight World Champion this one has it all and I can’t wait to stage this huge event in front of over 60,000 at the stunning Tottenham Hotspur Stadium on September 25.”

Freddie Cunningham, Managing Director, 258MGT, said: “AJ once again shows why he is the number one in the division by defending his belts against the toughest opposition in the rankings. Another UK boxing stadium event and another world’s first by staging the fight at the new Tottenham Hotspur Stadium make this one of the biggest UK sporting events of the year.”

Alexander Krassyuk, General Director of K2 Promotions, said: “This is a huge fight between two gentlemen of the sport. Wow! The two London 2012 Olympic Champions are set to collide for the Heavyweight crowns. Let the best man win, and we will see you again for the rematch!”

Daniel Levy, Chairman, Tottenham Hotspur, said: “This is a huge occasion for Tottenham Hotspur Stadium – Anthony Joshua is an icon in the world of sport and to have him fight here in London N17, against a top opponent in Oleksandr Usyk, will be amazing for the area of Tottenham. This event will once again showcase the stadium’s ability to take the hosting of world-class sporting occasions to the next level – we cannot wait for September 25.”

“The unbeaten Usyk is returning to the city where he struck gold at the same Olympic Games as ‘AJ’ and we know him well from that dramatic win over Tony Bellew and a breathless battle with Derek Chisora. I couldn’t be more delighted after working for two years to secure a spectacular Heavyweight showdown at Tottenham Hotspur Stadium, a stunning backdrop for fight fans as Joshua vs. Usyk lights up London.”

An announcement on tickets will be made in due course.

"The stage is set and I am ready to handle business.”

"The path will be mastered by the walking one."