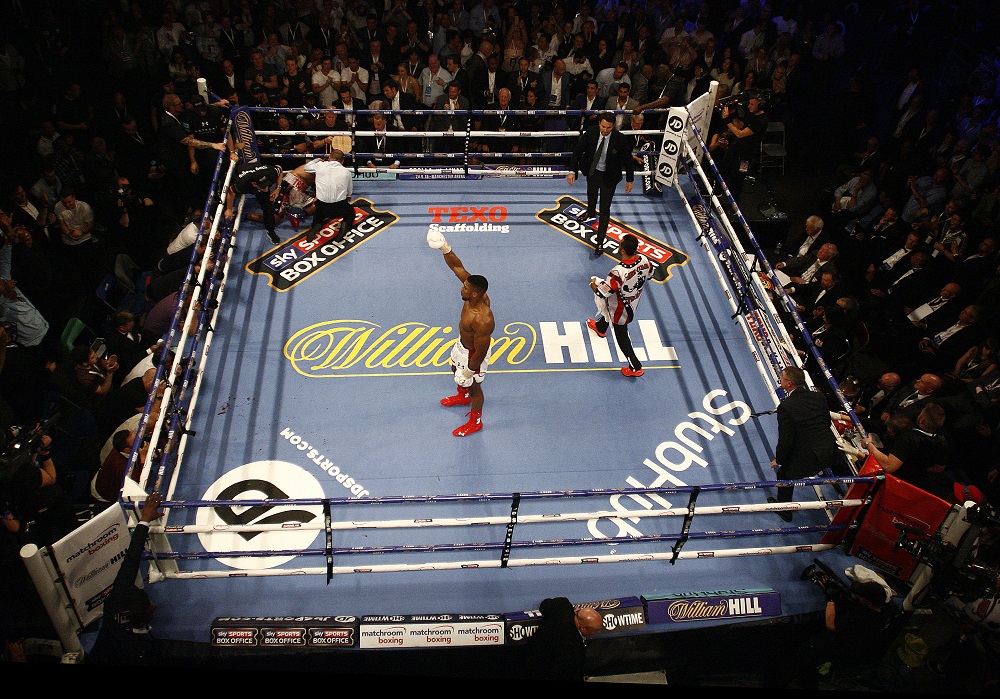 Anthony Joshua MBE defended his IBF World Heavyweight title in style in seven rounds against the tough Dominic Breazeale at The O2 on June 25, live on Sky Sports Box Office.

Joshua was the boss from the opening round of his first defence the unbeaten American challenger was rocked hard and often by the champion but stayed resolute despite a badly swollen right eye.

Breazeale took Joshua past halfway for only the second time in 17 fights, but Joshua shifted through the gears in the seventh round, pounding the visitor to the floor for the first time in the contest halfway through the round. The Californian gamely rose to his feet but Joshua jumped on him and put him down again to end the contest after 1.01 of the seventh.

Joshua will now take some time off before coming back at the end of the year, and the Olympic gold medal hero was happy to have got the job done after revealing his training camp had been hampered by a virus.

“I’ll take a little break now,” said Joshua. “I only had two weeks off after the last one and was straight back in there. Now I’ll take a bit more time off and come back really fresh later in the year.

“It’s hard because you can see you hurt them with the shots, but you have to keep disciplined and keep your focus, because you don’t want to have hayemakers coming back to you. So I took my time and broke him down gradually, but I felt good and we worked on a few things in there, so it’s good for the future.

“I hope Tyson Fury gets better soon with the ankle. I would have liked that fight in winter, but there’s lots of guys out there like my mandatory Joseph Parker – I think my winter fight will be a big one.”