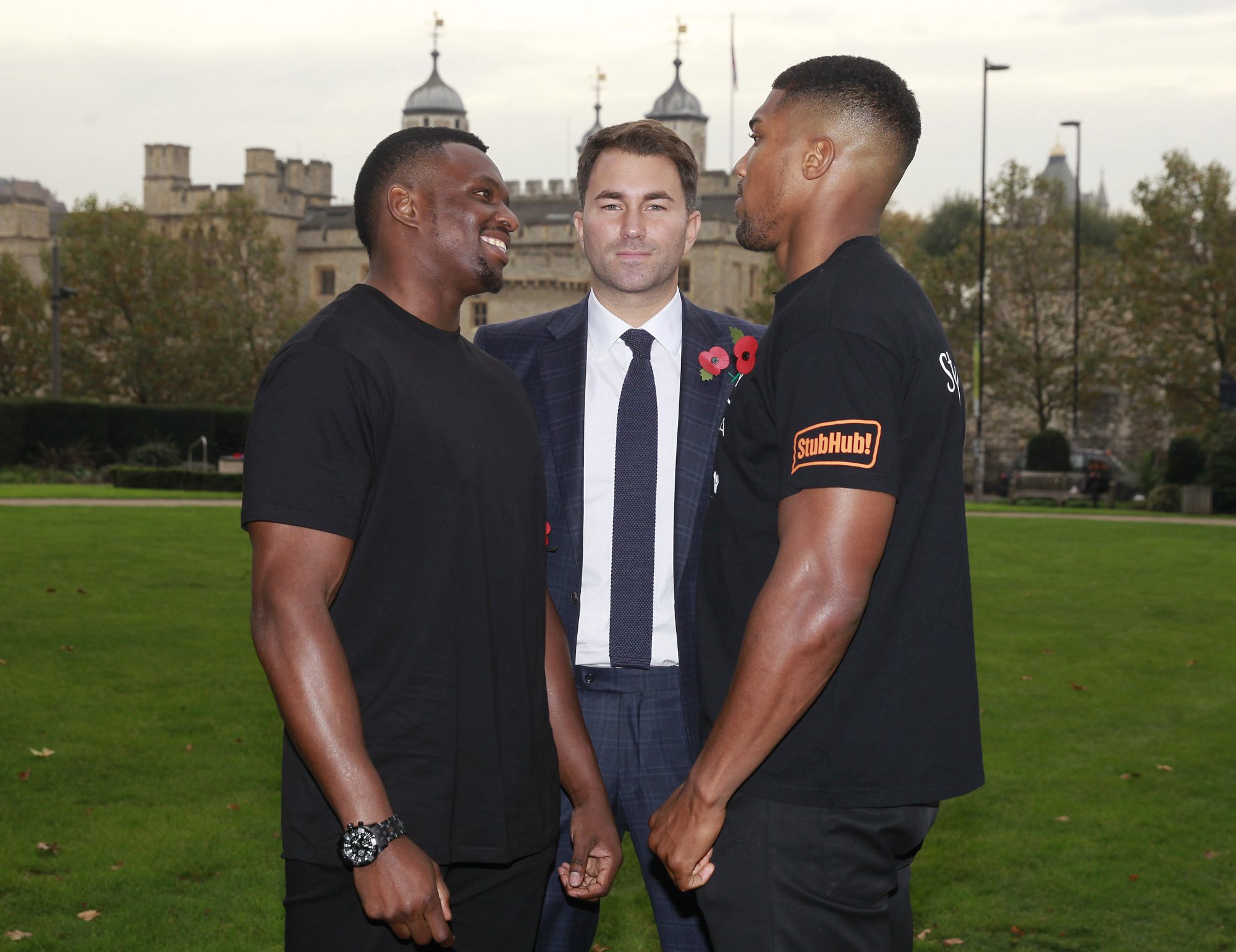 Joshua and Whyte come together at The O2 on December 12 for the British and Commonwealth titles, six years after their first meeting in the amateur ranks – and there is no love lost between them.

The fight headlines a fabulous bill that will include Chris Eubank Jr taking on Ireland’s Gary “Spike” O’Sullivan in a final eliminator for the WBA World Middleweight title, with sparks set to fly between the two rivals. Tony Bellew is up against Mateusz Masternak, while Kevin Mitchell, Luke Campbell MBE and Josh Warrington will also feature.

Sky Sports executive producer of boxing Adam Smith said: “It’s a fantastic way to wrap up the year with some huge names coming together on a massive night of boxing. Sky Sports Box Office brings the biggest names and the best fights and this one promises to be a special night. “

Anthony Joshua said: “This is a huge end to a great year for me. Headlining The O2 and being selected to fight on Sky Sports Box Office is another massive step in my professional career. I have been working hard in the gym so I am looking forward to delivering an early Christmas present to all my fans who will be watching at home or live in the arena.”

Dillian Whyte said: “There’s been a lot of hype around Joshua but in so far as I’m concerned he’s nothing special and I’ve beaten him before. I’m going to beat him again in December – this time I’ll knock him spark out. It’s my time to shine.”

Preview and analysis from the O2 will be provided by Adam Smith, and former world champions Johnny Nelson, Carl Froch and Jim Watt, as well as a range of boxing experts.  Sky Sports viewers can look forward to an extensive schedule of support programming providing the best possible analysis of the fight across our channels and digital outlet including Ringside.

It has been another huge year of boxing on Sky Sports Box Office, from Mayweather Pacquiao in May to Klitschko Fury later this month there has been a succession of major moments from the boxing world for Sky Sports viewers to enjoy in 2015.

Also in May, Sky Sports extended its partnership with Matchroom Sport until 2021, offering up to 120 nights of live boxing over the next six years.

The new agreement will bring even more exclusively live access to one of the strongest stables ever seen in world boxing. Only on Sky Sports will viewers be able to follow the next generation of British boxers including James DeGale MBE, Kell Brook, Lee Selby, Kevin Mitchell, Scott Quigg, and Anthony Crolla.  Viewers will also be able to watch gold medallists Luke Campbell MBE, and Anthony Joshua MBE, two of Britain’s most exciting sporting prospects.