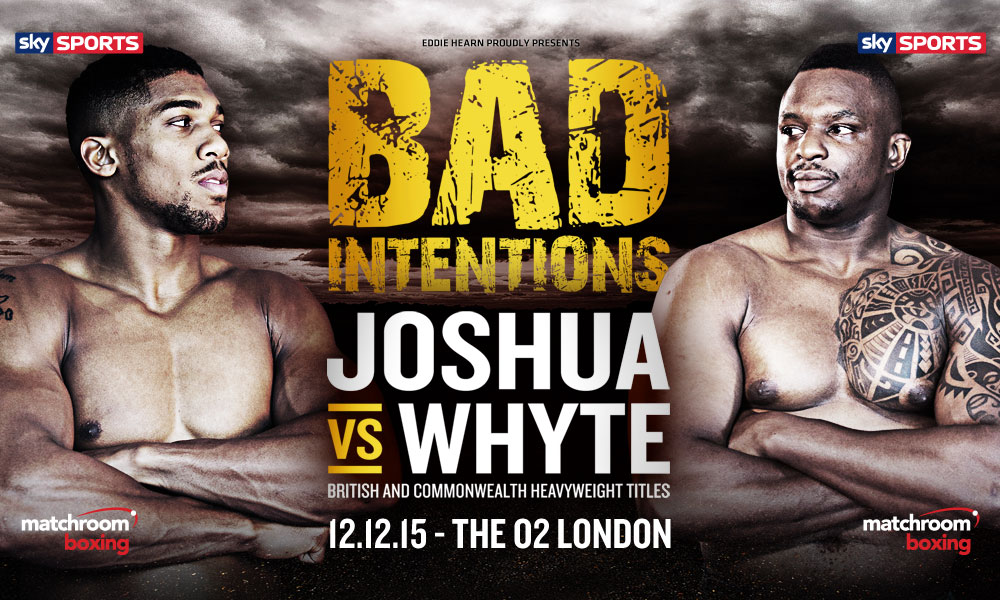 Joshua Vs. Whyte Sells Out In Six Hours

Tickets for the Heavyweight showdown between Anthony Joshua MBE and Dillian Whyte at The O2 on December 12 sold-out inside six hours today (September 16).

The bitter rivals clash for the vacant British title and the Commonwealth crown Joshua claimed at the Greenwich venue on Saturday night with his 13th straight KO in the paid ranks.

Whyte KO’d Brian Minto in three rounds to land his 13th win inside the distance in his 16th pro outing, and will now look to derail Joshua’s rapid rise since turning pro after landing gold at the London 2012 Olympics.

Along with the titles, there’s pride on the line between the pair with Joshua looking to level the score against the Brixton man that defeated him early in their amateur days.

“This is a huge fight and the atmosphere in The O2 on December 12 is going to be something else,” said promoter Eddie Hearn. “British boxing is in a wonderful place right now and we are going to close the year out with a very special night.”

Tickets for December 12 are available from http://www.stubhub.co.uk/matchroom-boxing-tickets/ – StubHub is the official ticket partner and marketplace of Matchroom Boxing and Anthony Joshua.