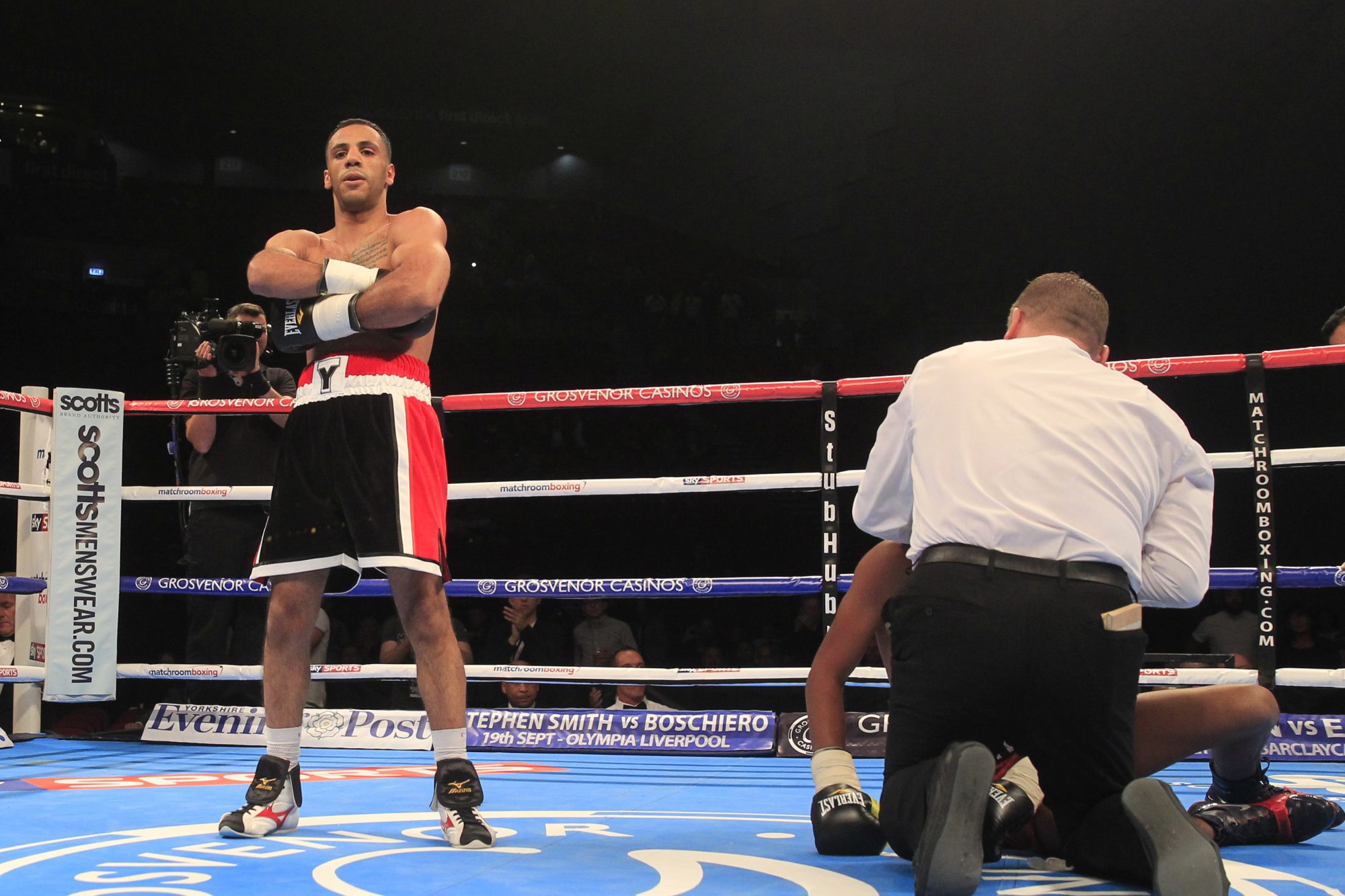 Kal Yafai: British Title Will Be First Of Many

Kal Yafai believes winning the British Super Flyweight strap will kick-start an avalanche of titles – and wants that to start with a big KO win over Jason Cunningham at the Barclaycard Arena in Birmingham on Saturday night, live on Sky Sports.

Yafai picked up the vacant Commonwealth and IBF Inter-Continental titles in 2014 and has been building up to launching an assault on the major titles, starting on Saturday with the coveted Lord Lonsdale belt.

The 26 year old has amassed 16 wins with 11 KOs in the paid ranks so far, a record that has the boxing world eager to see him pitched in with the World’s best sooner rather than later, and Yafai has no doubt that he will make it a dozen KOs on a pivotal night in his career.

“It is a proud moment for me to be fighting for the British title,” said Yafai. “I have won the Commonwealth title last year and I want to win the British as well before moving on to try and achieve World honours. It will be a very big moment when I win that title.

“I have seen quite a bit of Jason Cunningham in the last eight weeks or so. My trainers have studied him and I leave it mostly down to them and they tell me what to do. I stayed behind to watch him in Leeds when we both fought on the same bill in September, so I know quite a bit.

“I expect him to be on the move and to try and use his height. I don’t expect him to come and try and have a fight with me because that would just make it an early night. I expect him to try and hit and move but I know what I have to do. With him, I know I have the ability to outbox him even though he is quite a lot taller than me. I know I can push him onto the back foot and outfight him as well. It is a matter of getting in there, seeing what he has to offer in the first rounds and I will take it from there.

Yafai’s clash with Cunningham is part of a huge night of action in Birmingham as Sam Eggington defends his British and Commonwealth Welterweight titles against old foe Dale Evans, one of two men to beat Eggington in Prizefighter.

Matthew Macklin returns to Super Welterweight and takes on Jason Welborn for the vacant WBC International title and Kal’s unbeaten younger brother Gamal faces the most important fight of his blossoming career in a final eliminator for the Commonwealth Super Bantamweight title against Nasibu Ramadhani.