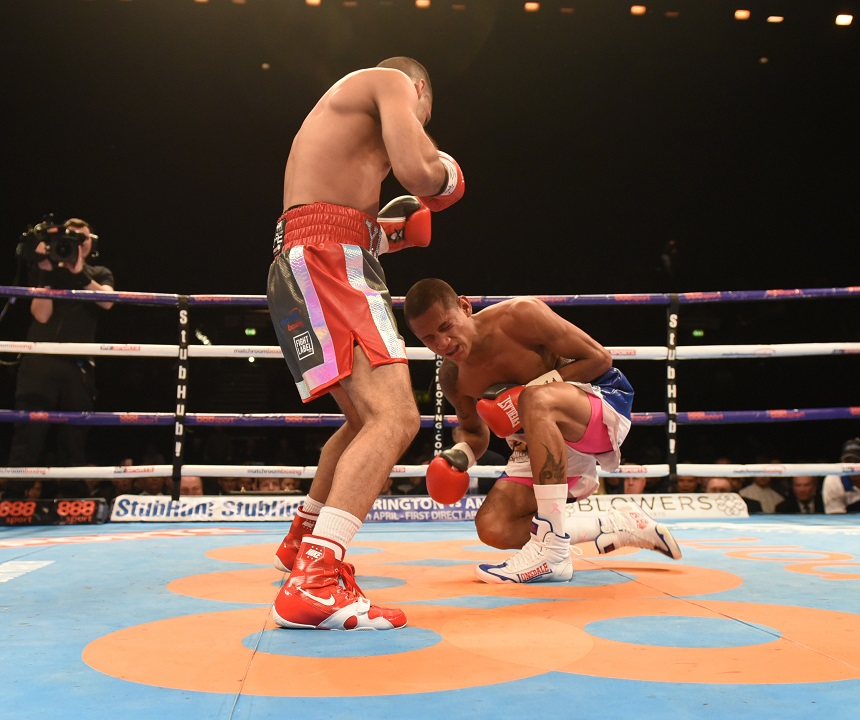 Kal Yafai blitzed Dixon Flores inside the opening round of their clash for the vacant WBA Inter-Continental Super-Flyweight title at the Genting Arena in Birmingham tonight (March 5) live on Sky Sports – and now wants to face WBA king Kohei Kono.

Yafai raced out of the traps and floored Flores inside the opening 30 seconds with a pair of hooks to the head, and although the Nicaraguan got up and fought back, Yafai whipped in a devilish left hook to the body that folded Flores in stunning style.

Yafai followed younger brother Gamal in landing a key win on the night and said that he wants to bring the Japanese champion to England this summer.

“I saw the opening and I took it,” said Yafai. “Once I landed clean, I knew he’d be in trouble. Trust me, I hit any of these Super-Flyweights clean, its goodnight.

“I said I’d take my time and box him early on. I saw him box the WBC champion and he gave him trouble, wobbling him in the first round but I was on a mission to make a real statement.

“No British Super-Flyweight will fight me so it’s onto the World title next. Get Kono over here. All respect to Flores for coming here but when I land clean, I put them away. I dedicate it to my Mum as an early Mother’s Day present.”