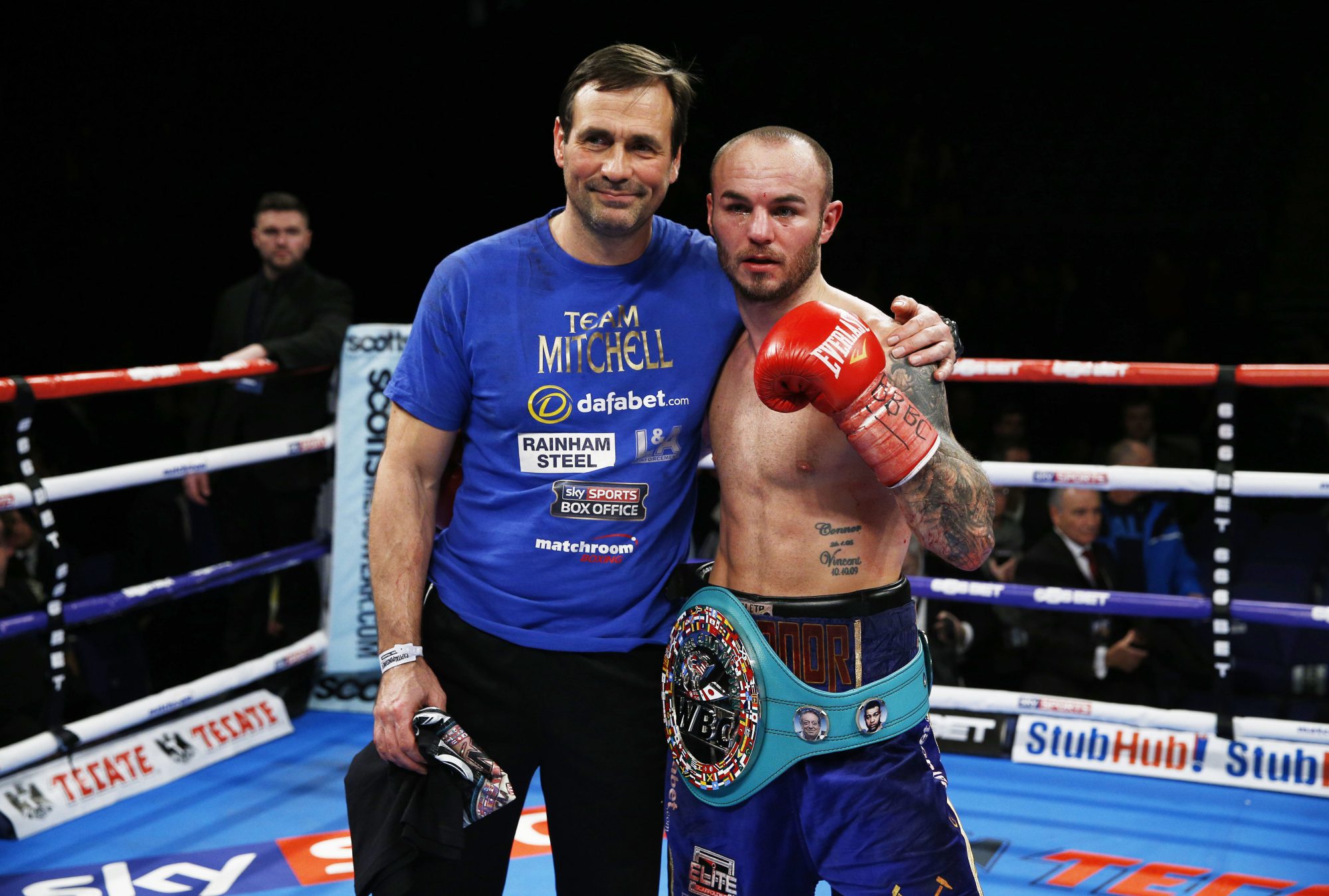 Kevin Mitchell has announced his retirement from boxing.

The Dagenham fans’ favourite brings down the curtain on an entertaining 43-fight career, landing multiple titles from his 39 wins having turned over in 2003 after winning a senior-level ABA title at 18 years of age.

The 31 year old held the British and Commonwealth titles at Super-Featherweight before moving to Lightweight where he landed a trio of World title shots. Mitchell hosted Michael Katsidis in May 2010 for the WBO Interim title at the home of his beloved West Ham United, headed to Glasgow to challenge Ricky Burns in a ferocious four-round shoot-out for the Scotsman’s WBO crown in September 2012 and severely tested WBC king Jorge Linares for his title in a classic encounter at The O2 in November 2015.

Agonisingly for Mitchell, he was unable to get his hands on those belts, but fans will remember his classic battles with Breidis Prescott, John Murray and Daniel Estrada amongst many highlights from his 22-years with the gloves on.

“I was in the gym training for the Edis Tatli fight and I just didn’t really feel that I have enough to go through the training once again,” said Mitchell. “I’ve been fighting for 22 years, it is a long time to be putting your body through all you have to do to get right for a fight and my body has said ‘enough is enough.’

“I’ve had so many highlights but walking out at The O2 for the Linares fight and hearing the fans cheering for me and seeing ‘Forever Blowing Bubbles’ was just an unbelievable feeling. I’ve always been close to the fight fans both in Britain and around the world, and I want to thank them for all their love and support.

“I like to think I was an exciting fighter that gave the fans value for money. I don’t think they make fighters like me anymore; fighters that put it all on the line every time they fight.”

Mitchell says he wants to give something back to the sport he loves, and that has started straight away as he has begun working with his trainer Tony Sims in his Essex gym as he trains a talented group of young fighters.

“I can’t wait to get my hands dirty working with Tony,” said Mitchell. “Tony is an amazing man to be around and a bit like me, he’s been through his ups and downs and made a great life. The gym is buzzing with some top talent and I am going to be helping him out and looking to pass on my experience.”

“It’s been an absolute pleasure working with Kevin Mitchell over the past few years,” said Hearn. “The fight against Linares was the stand out for me and without injury I believe Kevin would have become World Champion that night. Kevin has been entirely dedicated to the sport under Tony Sims, my only regret is that we didn’t all team up earlier in his career.

“Kevin is one the biggest and brightest characters in the gym and has already played a huge part in the education and motivation of some of our younger fighters. He has a wonderful boxing brain and I truly believe he can go on to be a great coach if that’s the path he wishes to take. He has been a wonderful servant to British boxing and I’m sure all fight fans will join me in wishing him the best and happiness in his retirement.”