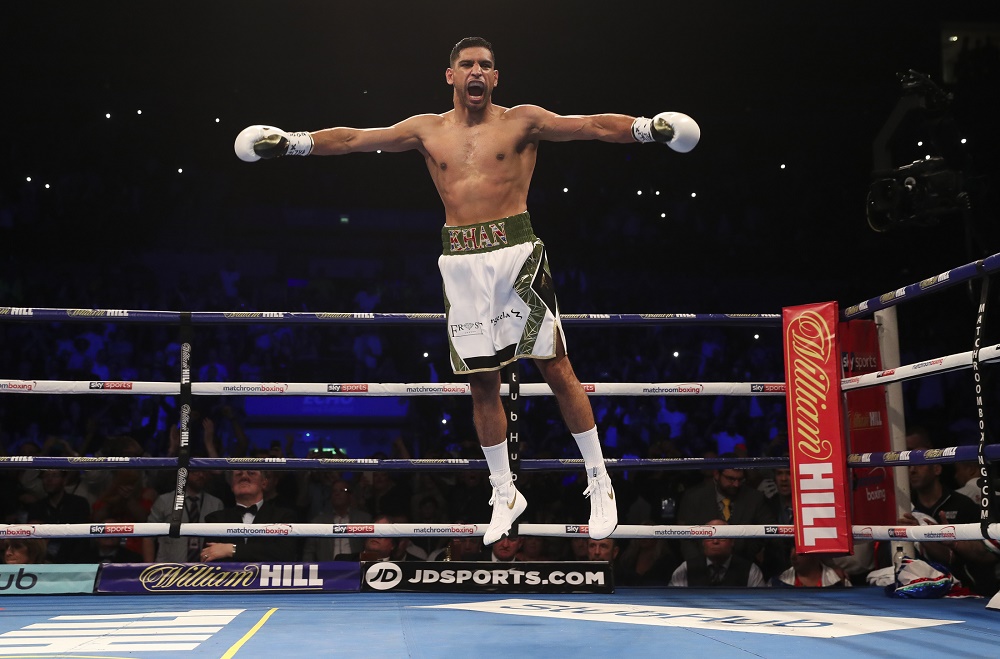 Khan is back in action following his blistering return to the ring in April in Liverpool, destroying Phil Lo Greco in just 39 seconds after nearly two years out of action.

The former unified Super-Lightweight ruler is setting his sights on Welterweight World honours this year and steps up that pursuit in Birmingham when he meets Canadian based Colombian Vargas, the 29 year old ranked number 10 in the WBA and having shared the ring with current IBF king Errol Spence and Khan’s old foe Danny Garcia.

“One of my aims this year was to be as active as possible so I’m very happy to be back in the ring again so soon against Samuel Vargas,” said Khan.

“Vargas is a tough and well-schooled fighter who has shared the ring with some top welterweights including Danny Garcia and Errol Spence Jr.

“I have to get past Vargas before looking at the biggest challenges going forward. I’m not going to be taking Vargas lightly because I know he will be coming with everything on September 8.

“I hope to give the fans in Birmingham the same excitement and fireworks as my last fight. It will be one not to miss!”

“I am excited to step in the ring with Amir Khan on September 8,” said Vargas. “I am very pleased that my promoter Lee Baxter and Eddie Hearn from Matchroom Boxing could come to an arrangement fairly easily and make this fight happen.

“I have been granted more than enough time to properly prepare for Amir and you will see the best Samuel Vargas to date. Mark my words, we might both be from the same city and county but I am nothing like Phil Lo Greco that’s a guarantee – I’m going to give Amir hell.”

Khan’s clash with Vargas will top a packed card in the second city, as Jason Welborn defends his British Middleweight title in a rematch with Tommy Langford, whom he snatched the title from in May via split decision in Walsall.

Ryan Kelly defends the Midlands Area Super-Welterweight title he won in May via stoppage at Villa park against unbeaten Dordon man Kelcie Ball, Stourbridge banger Sam Eggington and Super-Bantamweight star Gamal Yafai appear on the bill after boxing this coming Saturday, with more title fights and stars to be added.

Tickets go on general sale at 1pm on Friday June 29 from www.arenabham.co.uk