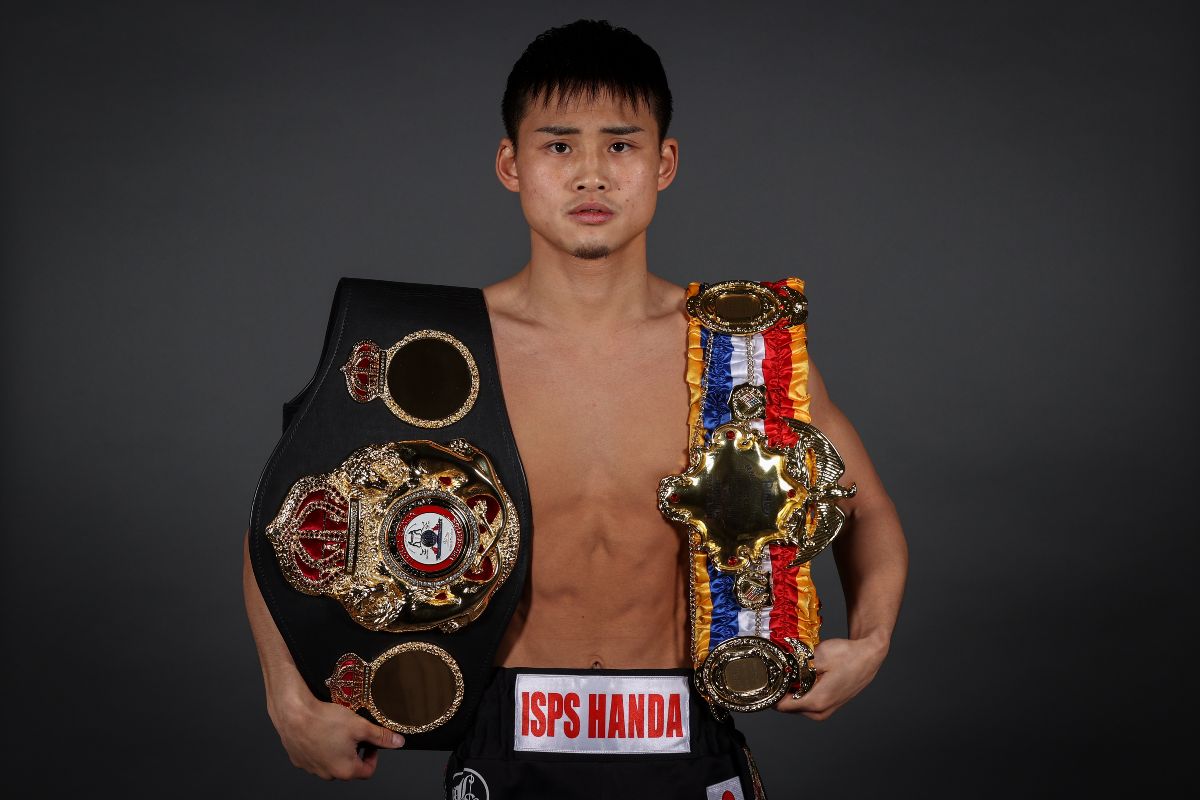 Kyoguchi: I want to dominate at 108lbs

Hiroto Kyoguchi says he wants to dominate the Light-Flyweight division as he defends his WBA and Ring Magazine World titles against Axel Vega on Saturday night at the American Airlines Center in Dallas, Texas, live worldwide on DAZN (except Latin America).

TICKETS FOR ESTRADA VS. CHOCOLATITO ARE ON SALE NOW FROM TICKETMASTER – TICKETS START AT $35 (PLUS FEES)

Kyoguchi (14-0 9 KOs) makes his American debut in the Lone Star state in his first fight with Matchroom, and the Japanese tangles with Vega (14-3-1 8 KOs) with the desire to explode onto the worldwide scene.

The 27 year old plans to make a statement and then hunt down unification bouts with fellow champions Ken Shiro, Felix Alvarado and Elwin Soto, and is happy to be back in the ring after the COVID pandemic robbed him of the chance of fighting in 2020.

I always wanted to come to the US to fight. This is a very big moment for my career, and I want to make a big statement.

“As long as I can stay at 108 pounds, I want to show that I am the best in this division and to dominate it,” said Kyoguchi. “But eventually my goal is to move up the weights and win more belts.

“I became a World champion in Japan and after that, I always wanted to come to the US to fight. This is a very big moment for my career, and I want to make a big statement. The fans can expect a really entertaining fight with Vega.

“It’s an honor for me to fight for Matchroom as their first Japanese fighter. I am going to represent my country to show how great Japanese boxing is.

“The whole situation last year makes training very hard for me, it was hard to handle. This time, I have this big opportunity and I want to show a big performance for my fans. The Coronavirus has created a special situation for everyone, it’s hard to adjust to that but Matchroom have made it easy in the bubble, so thanks to them I can make weight well.

“I have seen some tape of Axel, he’s a very good fighter. I’m already a World champion so from now on I want to show everyone that I am one of the best fighters in the world, and that starts on Saturday against Vega.”

Kyoguchi’s clash with Vega is part of aa huge night of action in Dallas, with a mouth-watering triple-header of World title action at the top of the bill.

Juan Francisco Estrada (41-3 28 KOs) and Roman ‘Chocolatito’ Gonzalez (50-2 41 KOs) meet in a mouthwatering rematch that’s over eight years in the making, with the WBC, WBA and Ring Magazine World Super-Flyweight titles on the line and there’s another case of repeat or revenge as Jessica McCaskill (9-2 3 KOs) defends the undisputed World Welterweight title against Cecilia Brækhus (36-1 9 KOs).

Austin ‘Ammo’ Williams (7-0 6 KOs) is looking to build on his own stellar 2020 performances where he won all three of his fights via stoppage in Miami, Mexico City and Dallas, and ‘Ammo’ will look to continue that streak in his first eight round bout against the experienced ‘Momma’s Boy’ Denis Douglin (22-7 14 KOs) who has shared the ring World champions George Groves, Anthony Dirrel, David Benavidez and Jermell Charlo.

Raymond Ford (8-0 4 KOs) has been in hot form, closing 2020 out with impressive stoppage wins in Florida and Texas and the 21 year old takes on unbeaten New Mexico talent Aaron ‘Angel Baby’ Perez (10-0 6 KOs) over eight rounds.