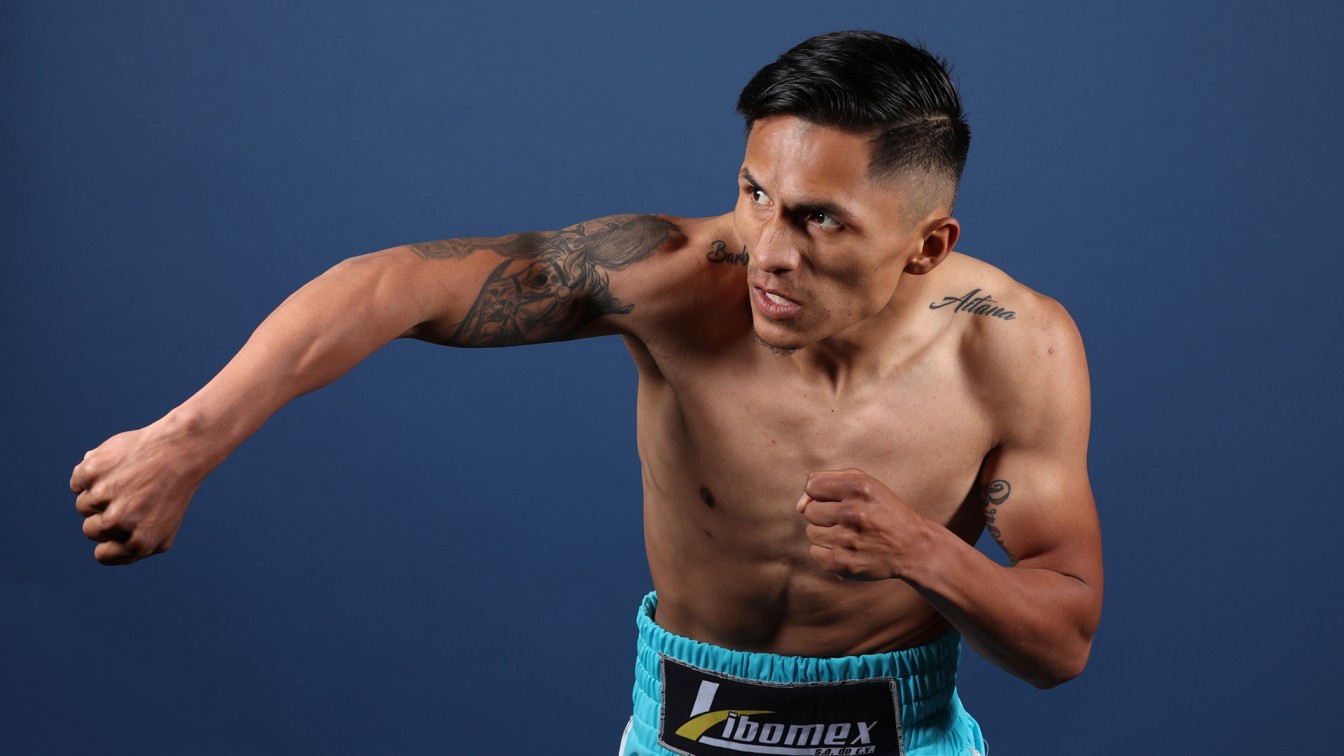 ‘Bronco’ back in hometown

Lara (24-2-1 17 KOs) is back in the ring following a trademark show of heavy artillery in March when he landed the 17th KO of his career against Emilio Sanchez in San Diego, and ‘Bronco’ is circling the World champions at Featherweight following his stunning upset win over Josh Warrington in February 2021. The 24 year old is itching to pursue a third clash with the IBF king from Leeds after their rematch ended in a disappointing technical draw in September 2021, and Lara knows another big KO win would put his name on everyone’s lips as a ‘must-see’ challenger to Warrington and his fellow belt-holders at 126lbs.

Those fights are what Sanmartin (33-5-1 21 KOs) is looking to gain for himself, and the Colombian believes he’s already tested himself against the best in the division when he met Emanuel Navarrete back in June 2018. That was the last time the 25 year old tasted defeat and his seven fight winning streak includes victory in Mexico City where he outpointed David Carmona to pick up the WBA Fedecentro Super-Bantamweight title in August 2021.

“I still wish to become world champion, none of what has happened has stopped me from it,” said Lara. “It’s been two years since I last fought in Mexico City, and I am so excited to be back with my people. I want to give them an overwhelming win and to hope I get the promised World title opportunity.

“I am more than excited for this opportunity to face a great fighter like Mauricio Lara,” said Sanmartin. “I believe that I have fought the best fighter already at 126lbs which is Navarrete, so I have the experience to beat Lara come October 22. I want to thank my promoter Shane Shapiro and Sean Gibbons for this life changing opportunity. Viva Colombia!”

Angel Fierro leads the co-main event as he faces Jeremy Cuevas for the WBO NABO Lightweight title. Fierro (19-1-2 15 KOs) is sitting pretty at #4 in the WBO rankings and is looking to cement his place on the cusp of World title action against the Philly fighter. Fierro was held to a split draw in his last outing against Juan Carlos Burgos in San Diego, and the 24 year old will want to get back onto the three-fight KO streak where he picked up and defended the title he puts on the line for the second time.

For Cuevas (14-1 10 KOs), this is the chance he’s been waiting for in his career, and the 26 year old returned from a two year absence from the ring with a six round shutout victory in Philly in July, and the southpaw is ready to capitalize on his ‘dream’ shot.

“I feel very good, I am happy to return, very motivated, I have done a very good preparation,” said Fierro. “I have not stopped training since my last fight and I want to leave people with a good taste in their mouths after my last fight against Burgos, I was not very happy with the decision and I want to make it clear that I am a great fighter, that I am ready for the big leagues, for a championship, to be World champion and I am very happy to return.

“I feel a great commitment to myself to show after the Matchroom fight that I am ready for other things. I am very grateful to life for giving me another opportunity here and to return to the ring this year and I think I feel very confident because of the preparation that I have with Fernando Fernández, with David, with Erik ‘Terrible’ Morales, I am very happy about that, and I am just waiting the day to get back in the ring and put on a great show for the people”.

“I’m very excited for this opportunity,” said Cuevas. “I have a great team behind me, and I’ve been working extremely hard, waiting for this kind of moment. This is a dream come true for me and I can’t wait to show the world who I am.”

Reshat Mati is gunning for his first title as a pro and must see off Mexican opposition in Diego Sanchez Santiago to claim the WBC Silver Youth Super-Lightweight belt.

Mati (12-0 7 KOs) has impressed in his dozen dances in the paid ranks, ending seven of them inside the distance, and takes a big step up in Mexico as his first title fight also marks his first over the ten-round distance. ‘The Albanian Bear’ adds a fourth country to his list having boxed in the States, England, and Italy, and he’ll have to fight both the passionate Mexican fans and their man Santiago (19-2 16 KOs) will want the home support to roar him on to make it second time lucky in title fights, having fallen short for the WBC Youth strap in April 2019.

“I’m very excited about this opportunity to fight for my first title as a professional, and I’m going into hostile territory to do it,” said Mati. “Fighting a Mexican fighter in Mexico, I know the crowd will be against me and I know he’s going to be extra motivated fighting on his home turf, but these types of moments motivate me.

“I’ve been doing this since I was a little kid, it’s nothing I haven’t been through before. I’m ready for a tough fight, to represent my country and bring this title home. It’s Albanian Bear time.”

An announcement on the venue and ticket sales will be made soon.