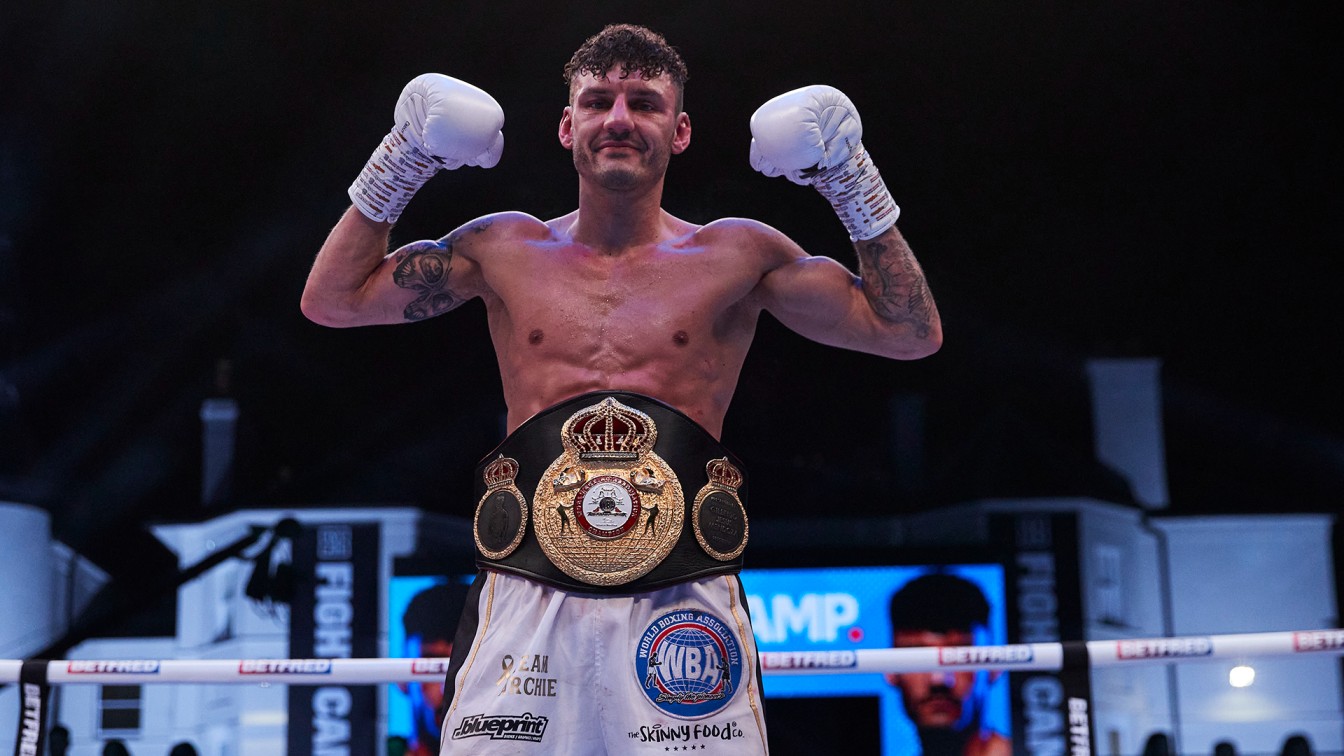 Wood (25-2, 15 KOs) stopped Xu Can in the 12th and final round to claim the WBA World Title in a big upset at the top of the bill on the first week of Matchroom Fight Camp in Brentwood, Essex last month.

‘Leigh-thal’ created history by becoming only the second ever boxer from Nottingham to become a World Champion – following in the footsteps of former IBF Super-Middleweight World Champion Carl Froch who was watching on from ringside.

After only competing at British level throughout his career, Wood was thought to be up against it against Can, but it was clear from the opening bell that the powerful Ben Davison-trained puncher belonged on the big stage.

“I’m really excited to be working with Matchroom who in my opinion are leading the way in professional boxing,” said Wood. “I’m confident that they can deliver and help me achieve my dream on the biggest stage in boxing. Winning the WBA Title at Fight Camp was just the beginning for me. I want all of the big fights out there. I said I wanted the Emanuel Navarrete fight because he’s explosive like me, that’ll be absolute fireworks. Let’s unify the division. My best years are definitely ahead of me.”

“I’m delighted to welcome Leigh to the Matchroom Boxing team after his stunning victory at Fight Camp,”  said Matchroom Sport Chairman Eddie Hearn. “The Featherweight division is on fire right now in the U.K. and there are some huge unification fights out there also. We have the platform to box Leigh anywhere in the world but I’d love to land him a big fight at the City Ground next year.”

“Leigh is one of the most improved fighters in the UK and has a brilliant team behind him in Ben Davison, Lee Wylie and Barry Smith. To go in at six weeks’ notice and turn in a performance like that shows that he belongs on the biggest stage. This is only the beginning for Leigh as he targets unification fights in the Featherweight division.”