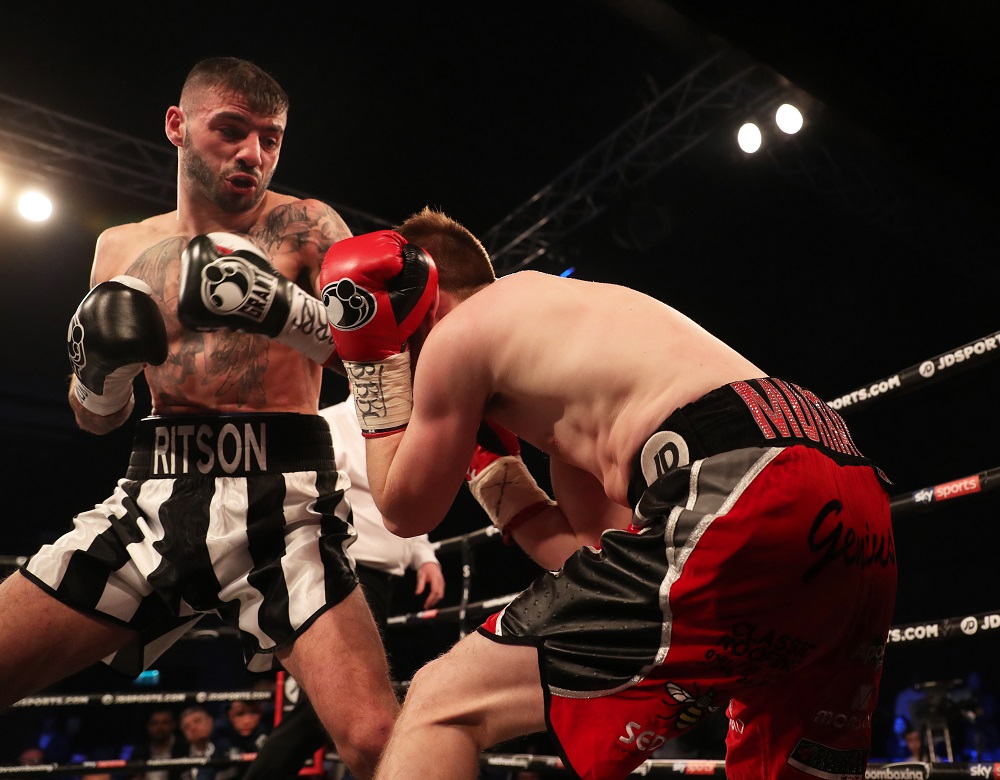 Lewis Ritson is right on schedule to land the British Lightweight title for keeps before moving onto European honours – but knows Paul Hyland Jnr is the biggest test of his career as they clash at the Metro Radio Arena in Newcastle on Saturday night, live on Sky Sports.

Ritson has enjoyed a whirlwind eight months after stopping Robbie Barrett in seven rounds in Manchester to land the British title. Eddie Hearn quickly sealed the signature of the Newcastle ace to a five-fight deal and Ritson paid that faith back with two blistering wins earlier in the year, drilling Joe Murray in the opening round of their February showdown in Manchester and then getting rid of Scotty Cardle in the second round of their London shootout a month later.

The 24 year old can claim the title for keeps with a win over Hyland Jnr, but the unbeaten Belfast man is confident of taking the title home, so Ritson’s optimism over his win and future European exploits has an edge of cautiousness to it.

“It’s been a rollercoaster from the Barrett fight to here,” said Ritson. “I’ve put in three good performances and hopefully we can keep that going in front of my home fans.

“It’s been a mad eight months and to be here now looking to hold the Lord Lonsdale belt outright inside that time is crazy. If I can do that, I’ll have a bit of a holiday and then look to get back in the gym and aim for another belt. It’s been a fast year but I am in the gym six days a week whatever happens so there’s no reason why I can’t win this and get two more in before the end of the year.

“I haven’t seen much of Paul, I leave all that to the team, they have come up with the gameplan and it’s down to me to put it into action. He’s very confident that he’s going to win and so am I, we’ve got similar styles so it should be a really exciting fight with fireworks.

“I’ve always wanted the British title for keeps – it’s the dream of every British fighter. Eddie has mentioned the European title and that’s something I would love to win too. We signed a five-fight deal with Matchroom and the plan was to win it outright and then move to that Euro belt and defend that, so he’s sticking to his word and I need to back that up and keep winning.”

Ritson’s clash with Hyland Jnr is part of a huge night of action in Newcastle as Josh Kelly challenges Kris George for the Commonwealth Welterweight title.

Gavin McDonnell defends his WBC International Super-Bantamweight title against Stuart Hall in a must-win clash for both men, Charlie Edwards and Anthony Nelson meet for the vacant WBA Continental Super-Flyweight title, Arfan Iqbal defends his English Cruiserweight belt against Simon Vallily and Ricky Burns fights for the 50th time in the paid ranks.