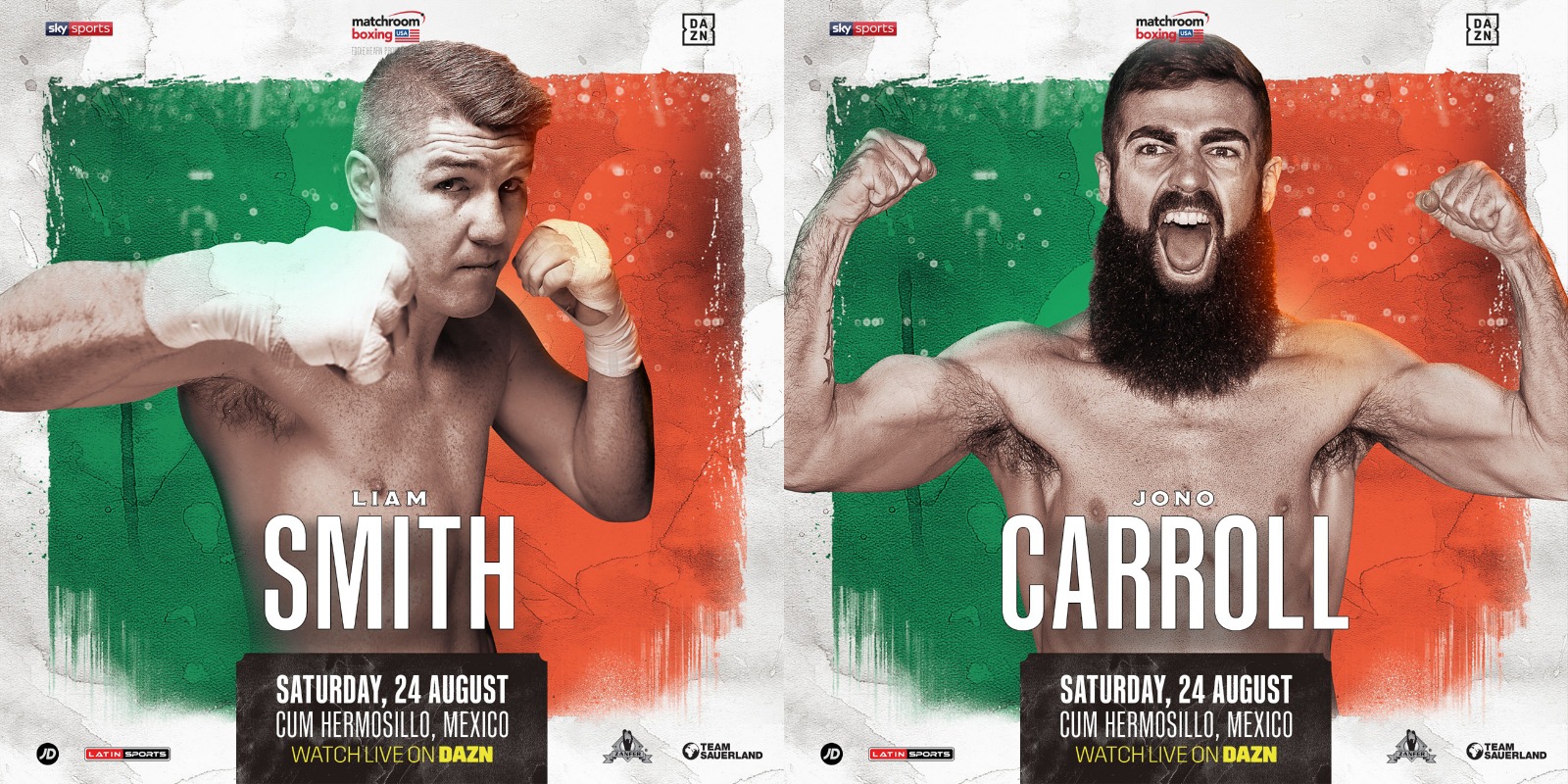 Liam Smith and Jono Carroll will aim to move into position to get World title shots in the winter when they travel to at the Centro de Usos Múltiples in Hermosillo, Mexico, on Saturday August 24, live on DAZN in the US and on Sky Sports in the UK.

TICKETS ARE ON SALE NOW!

On a night headlined by pound-for-pound star Juan Francisco Estrade (39-3 6 KOs) defending his WBC and Ring Magazine Super-Flyweight titles against Dewayne Beamon, Smith (27-2-1 15 KOs) is fresh from his dominant five round KO win over Sam Eggington in March at home in Liverpool, a first fight under the Matchroom Boxing banner and a return to the ring since challenging Mexican Jaime Munguia for his old WBO World Super-Welterweight title in a great fight in Las Vegas last July

‘Beefy’ famously faced modern Mexican great Canelo Alvarez at AT&T Stadium in Dallas in September 2016, and now meets his third Mexican fighter in quick succession this time in Mexico in the shape of Mario Alberto Lozano (33-9 24 KOs) over ten rounds as the 31 year old Liverpudlian targets a return to the elite level.

“This is a fantastic card and it’s honor to promote in Mexico – a country full of boxing tradition,” said promoter Eddie Hearn. “We are expecting more than 10,000 for Gallo Estrada’s homecoming at the atmosphere is going to be very special and I’m pleased to add Liam and Jono to the card.

“Liam would love another crack at Jamie Munguia after their great battle last year and I’m looking for him to win well in Mexico before a big fight before the end of the year. Jono is back raring to go after his brilliant fight with Tevin Farmer in Philly and is gunning for another World title shot in 2020. The card is full of top talent and action – don’t miss it all live on DAZN and Sky Sports.”