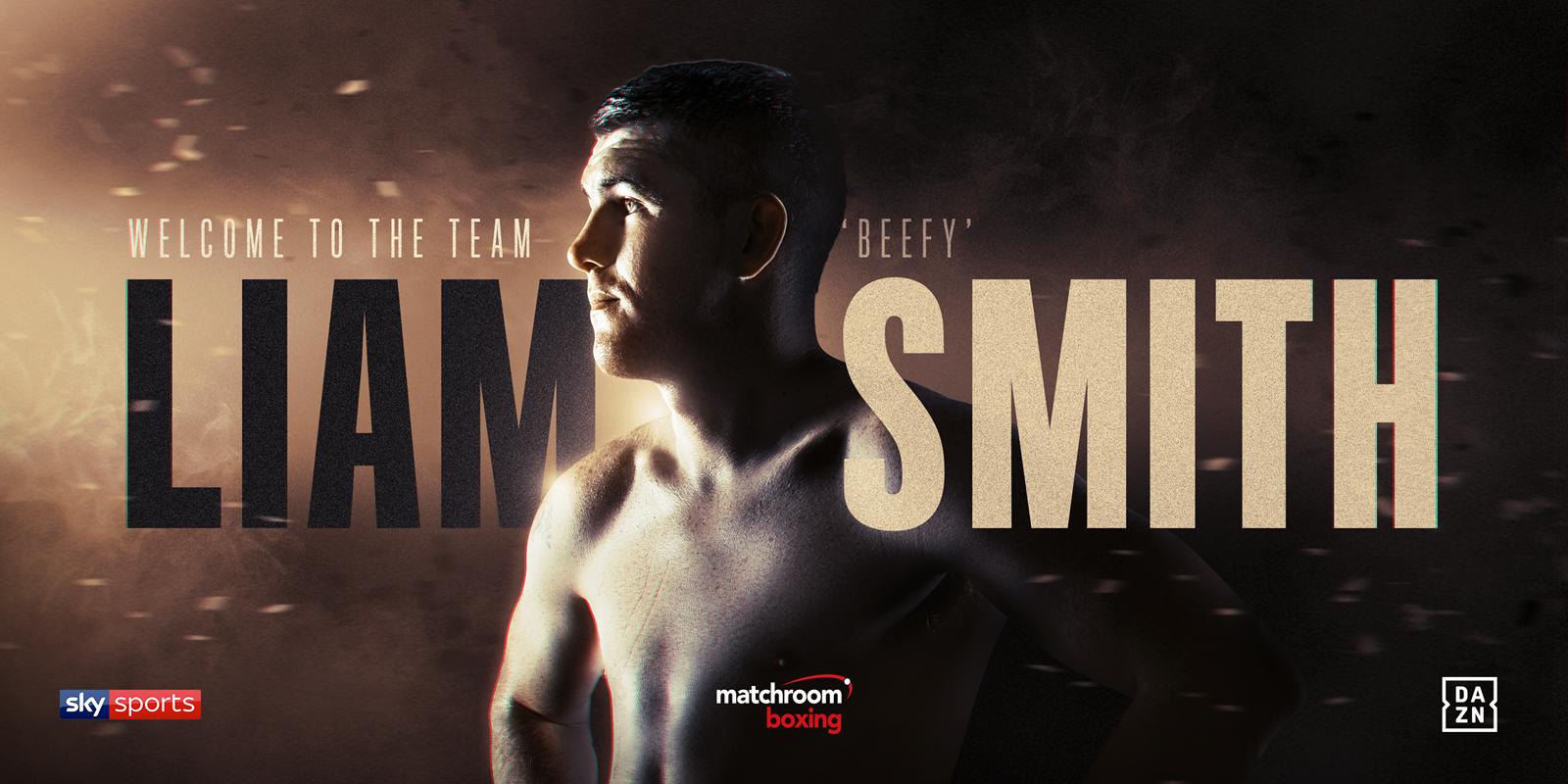 The former WBO Super-Welterweight World Champion will make his debut under the Matchroom banner at the M&S Bank Arena Liverpool on March 30, live on Sky Sports and DAZN, and will be aiming to become a World Champion once again in 2019.

“I’m delighted to be signing with Eddie Hearn and Matchroom Boxing,” said Smith. “I feel like I’m turning pro all over again. This is a new lease of life for me and exactly what I needed. I felt like I was going a little bit stale and under the radar.

“Without being big-headed, I still feel that I’m the best Light-Middleweight in Britain. I had a bad year in 2018 and with the move to Eddie I’m hoping for an active and exciting 2019.

“I can’t wait to get out in front of my home crowd in Liverpool on March 30 – nothing beats it. With Eddie’s deal with DAZN, there’s a lot of opportunities to take on the big names in America – it was the best move for me at this stage of my career and I’m very excited.

“I’ve always had a good relationship with Eddie and I’m happy to be working with him. The Kell Brook fight is a big fight and it’s one that could come into play but I haven’t signed with Matchroom just to fight Brook. I’ve signed with Matchroom to try and become a World Champion again and I believe that Eddie’s the man to take me there.”

“I’m delighted to welcome Liam to the team,” said Eddie Hearn. “Liam is the only Smith brother we haven’t worked with and I feel he has plenty of big fights left in the tank. He has only ever lost at elite level against Canelo and Munguia and has boxed on a huge stage and platform in the US. He will return to Liverpool on March 30 as he sets out to try and regain his World Light-Middleweight title later this year.”