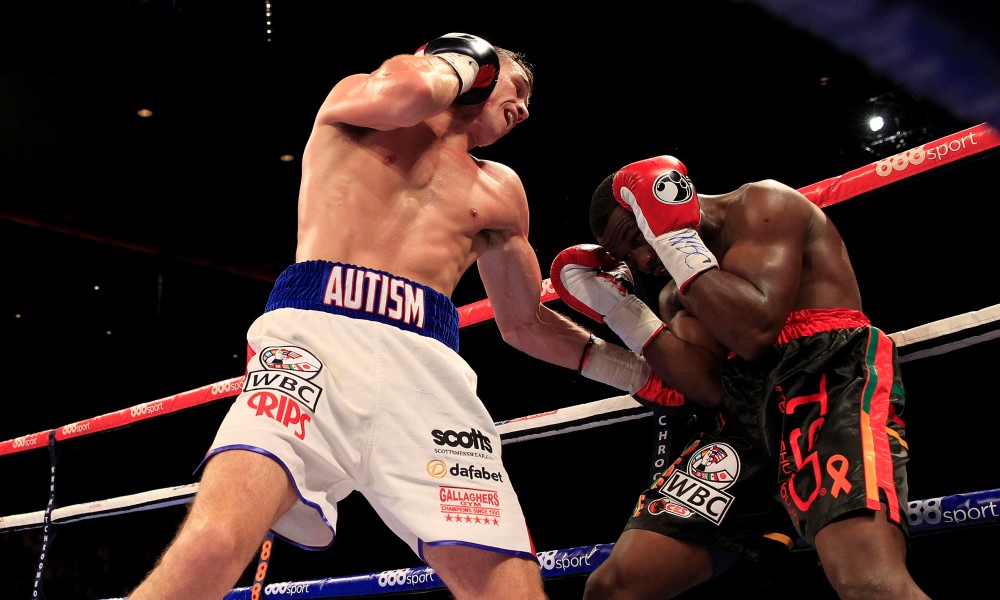 Hughes: I Will Exploit Ward’s Weaknesses

Maxi Hughes says he can rip up the script against Martin J. Ward and land a shot at the British Super Featherweight title when the pair meet in an eliminator clash on Saturday night at York Hall, Bethnal Green, live on Sky Sports.

The Rossington man faces the Essex talent as the underdog in east London, but with just one loss on his record – a ten-round points tussle with Scotty Cardle in April 2013 – and over 30 rounds more than Ward in the paid ranks, the 24 year old is convinced he has the tools to defeat the former Team GB man.

“I have seen pretty much every one of his fights just from watching Sky Sports,” said Hughes. “Since I knew I was fighting him I have had a little look, I know how he boxes.  He is a good fighter but he hasn’t had a proper step up as of yet. He hasn’t done ten rounds until now and he has had everything his own way.

“He has looked good, done good things and answered the questions asked of him. But I have seen some weaknesses and I plan on exploiting them.

“I have had the one loss to Scotty. That was a good step up in class, I did the ten rounds there and I did ten rounds in my last fight in September. That could be an advantage because he hasn’t done ten rounds yet.

“We had the same opponent for our last fights. The fights were a week apart and he came in for me short notice and came back a week later with black eyes for the Ward fight. He got stopped three seconds from the end. I think he could have carried on, so I am not taking a lot from that. He did hit Ward more than I expected he would. It is a good gauge that our last fights were both against the same person.

“He is probably the favourite. He has a bigger knockout percentage, he is undefeated and he is at home. I hope it is him who is favourite because it takes a bit of pressure off me and everybody loves an underdog.

“The carrot is dangled with it being a British title eliminator. I think we are both at a stage where and eight or ten round fight for nothing needs something like this. It is a dream of mine to win the Lonsdale Belt so it is a big carrot to be dangled. It is exciting. When I first started boxing I would never have dreamt of being top of the bill in a British title eliminator at York Hall. It is a big deal for me.

“I watched the Liam Walsh fight last week with Gary Sykes. I got offered to fight him when he was Commonwealth champion on the Tyson Fury vs. Dereck Chisora bill in the summer which was called off but the fight fell through.

“I was impressed with Liam. I spar with Gary so I know how good he is and Liam looked really good, but I will be happy to fight him.”

Hughes and Ward clash in between the semi-finals and final of the Prizefighter Lightweights III, with today’s draw throwing up a rematch in the top-half while the two favourites are separated in the bottom section.

Danny Connor and Michael Devine met in the same venue in September only for their ten-rounder to be halted prematurely when a clash of heads left Connor with a cut that he couldn’t continue to box with.

Both men expressed their desire to meet in Matchroom Sport’s eight-man, one night tournament this weekend and their wish was granted as their names were pulled out of the hat live on Sky Sports News by Johnny Nelson and Adam Smith.

They clash in the second quarter-final with the winner then facing either Craig Whyatt or Lee Martin, who kick off the action.

The night begins with outings for former British and Commonwealth Light Welterweight champion Ajose Olusegun fighting back in the UK for the first time since 2011, and talented young Lightweight Ohara Davies in his fourth pro fight.

A limited number of £40 tickets for Saturday night’s action are still available from www.matchroomboxing.com.