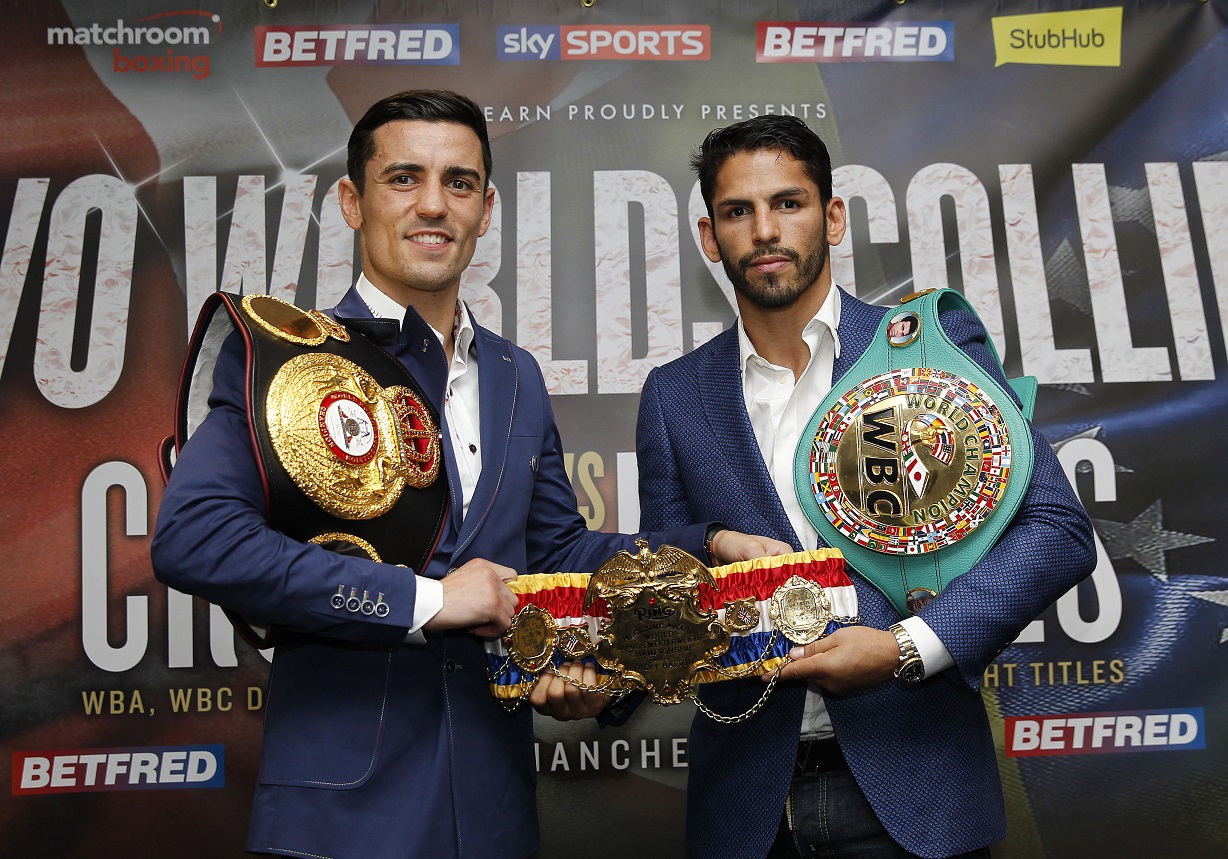 Linares: Manchester Fans Cannot Get In The Ring With Crolla

Jorge Linares has told Anthony Crolla that his fans cannot help him in their unification blockbuster for the WBA, WBC Diamond and vacant Ring magazine Lightweight titles at the Manchester Arena on Saturday September 24, live on Sky Sports.

Three-weight World king Linares brings his all-action style to Manchester for the mouth-watering contest, as he looks to halt Crolla’s remarkable rise to the top of the 135lbs division.

‘Million Dollar’ has thrilled the Manchester Arena with stunning wins over Darleys Perez and Ismael Barroso in the last year, and is aiming to cement his place as the number one fighter in the division in his latest outing at the famous fighting fortress.

Linares has other ideas though, and the Venezuelan star plans to wreck Crolla’s run and use all of his experience of winning huge fights all around the world on his latest visit to England, having beaten Kevin Mitchell in an epic battle at The O2 in London in May 2015.

“I love fighting in my opponent’s back yard with all the noise that comes with it from their fans,” said Linares. “The supporters cannot get in the ring with their fighter, it’s just me and him.

“When I first started to fight all over the world it took some time to adjust but now, it’s easy and I am confident doing it.

“The fans are excited for this one. We’re both World class fighters and World champions that are willing to fight each other, as we’re proving in this one. There’s no need to trash talk or build the fight up, it’s a great fight and there’s lots of respect between us.

“The best fighter on the night is going to win, and I think that’s going to be me.”