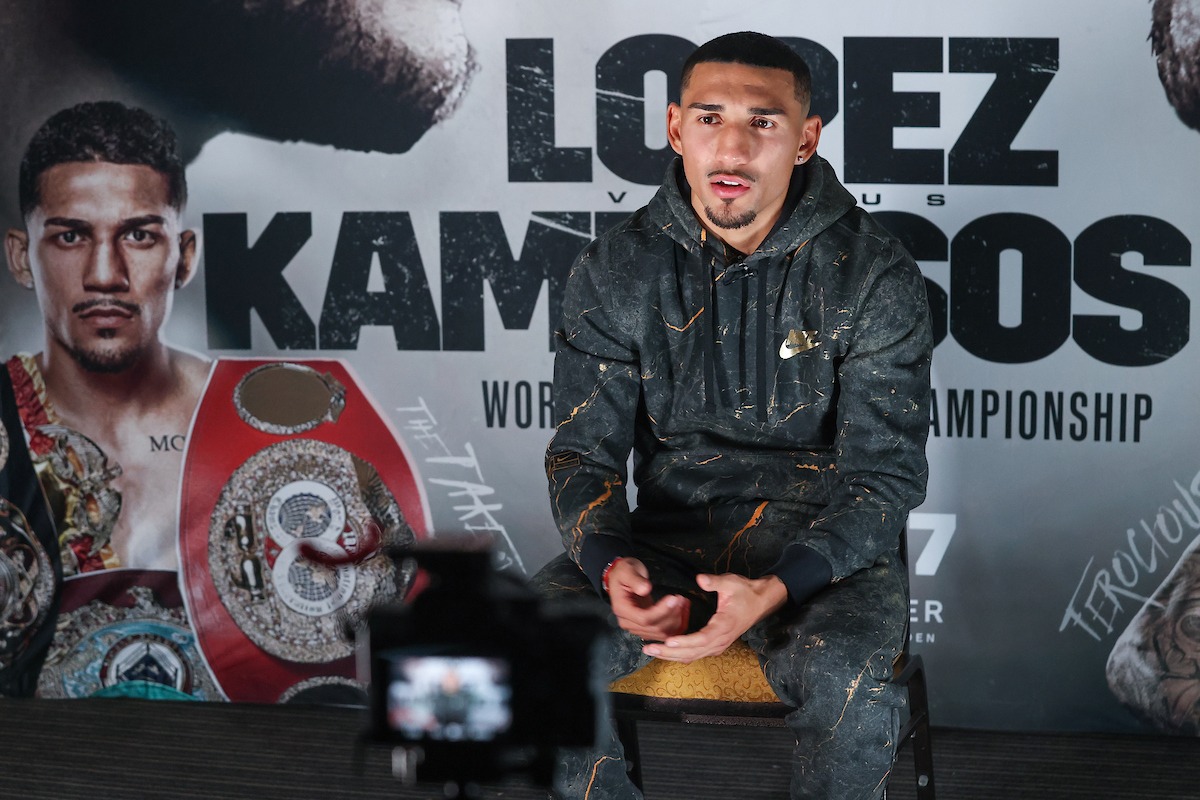 Lopez: God will humble Kambosos Jr. through me

It’s time to start putting people in their place, and time that they sit down and be humble.

“You have to know your place and on Saturday, God is going to humble this man, through me,” said Lopez. “A lot of these people are so ambitious and that’s OK, you have to be. But the thing is, sometimes you don’t get it because you probably won’t carry it the right way. You’re not going to be a people’s champ. You’re going to spend your money on yourself rather than giving back like a lot of fighters do.

“It’s all about being the people’s champ. Ali was the greatest of all time for those things. He made a strong, strong impact on the sport, so for George, I have no respect for him at all – at all.

“The amount of disrespect from him, you disrespect my Mother? I told them, I warned him, his manager ‘don’t talk about my family’. I said they can say anything else, talk sh*t about me, say I am a cockroach, an ant. But once you cross that line, that barrier; f*ck his manager Peter Kahn and f*ck George Kambosos Jr.

“I’m thankful that DAZN has picked up this fight, I’m thankful for Eddie Hearn and everyone that has played a role in this one. I’m in the zone and on DAZN. It’s a blessing to be here but it’s time to start putting people in their place, and time that they sit down and be humble. I’ve been humbled and I am humble. There comes a point that you just have to smack these guys.”

Lopez and Kambosos clash on a huge night of action in New York, with chief support provided by the battle for the vacant IBF World Super-Featherweight title between Azinga Fuzile (15-1 9 KOs) and Kenichi Ogawa (25-1-1 28 KOs).