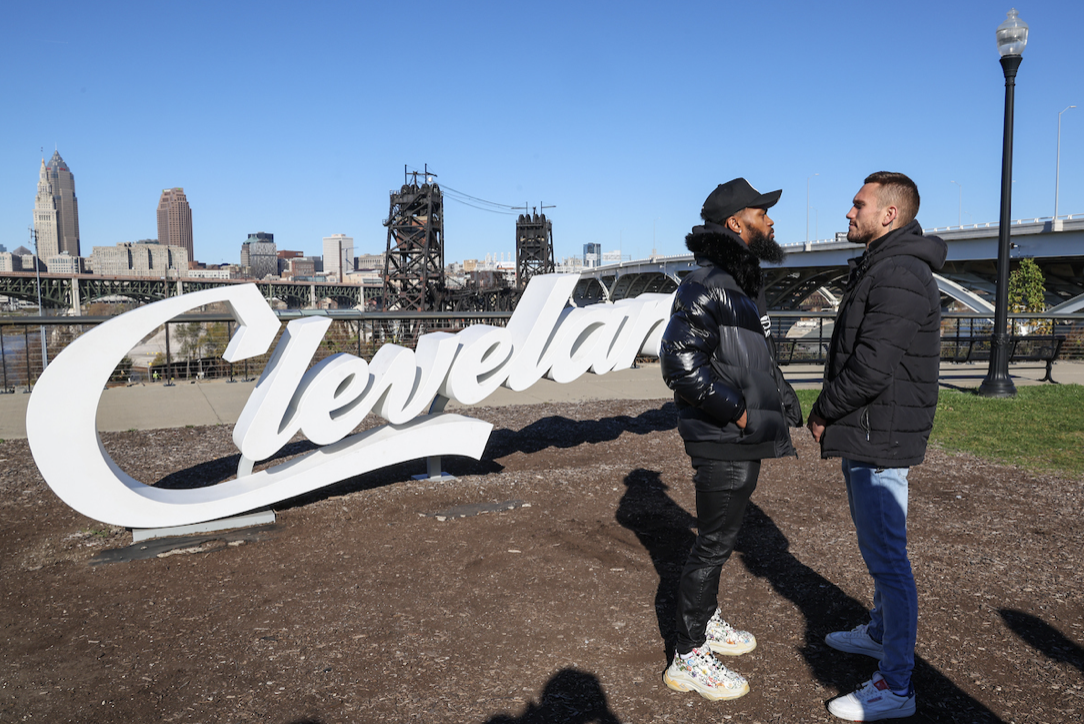 LOVE: HEADLINING IN CLEVELAND IS A DREAM COME TRUE

Montana Love fulfils a dream on Saturday night – headlining for the first time in his hometown of Cleveland as he faces Steve Spark for the WBA Intercontinental Super-Lightweight title at the Rocket Mortgage FieldHouse on Saturday night (November 12) live worldwide on DAZN.
TICKETS ARE ON SALE NOW FROM THE ROCKET MORTGAGE FIELDHOUSE WEBSITE

Love (18-0-1 9 KOs) tops the bill in the sports mad Ohio city and on his second appearance at the home of NBA giants, the Cleveland Cavaliers, Love meets Australian Spark (15-2 14 KOs) in a pivotal clash in the 140lb division, with ranking positions and World title shots at the front of the hometown man’s mind.

“The city is showing me love and getting behind me,” said Love. “It’s a proud city and we look after each other and back. It’s a dream come true, being able to headline in the biggest arena in my home. Cleveland means everything to me. We don’t have much, but we stick together and get the job done.

“The Rocket Mortgage FieldHouse is an electric place, we’ve had a lot of great athletes come through the city in that building, and now I am one of them. I am living my dream, I went through the trials and tribulations to get here, and what I had to deal with is a big part of what makes me hungry now.

“I promised my mother that I would take this 100 per cent seriously. The last thing she remembers of me is going to prison and being in and out of jail, so now I am trying to right my wrongs.

“I feel like I am made for this moment. I am coming off being co-main on a Canelo card; fighting in front of a packed house in Las Vegas and I’ve fought at home in front of a big crowd before, so there’s no pressure, I’m going to embrace it.

“Steve is a tough guy; he’ll bring the fight and it’ll make for a real spectacle. I want to win this in spectacular fashion, go for the KO – but we just want to look beautiful and put on a great show.”

Love and Spark clash on a stacked card in Cleveland, with the co-main bout featuring a Matchroom debut for Richardson Hitchins also at Super-Lightweight, where the Brooklyn talent faces Yomar Alamo for the IBF North American title.