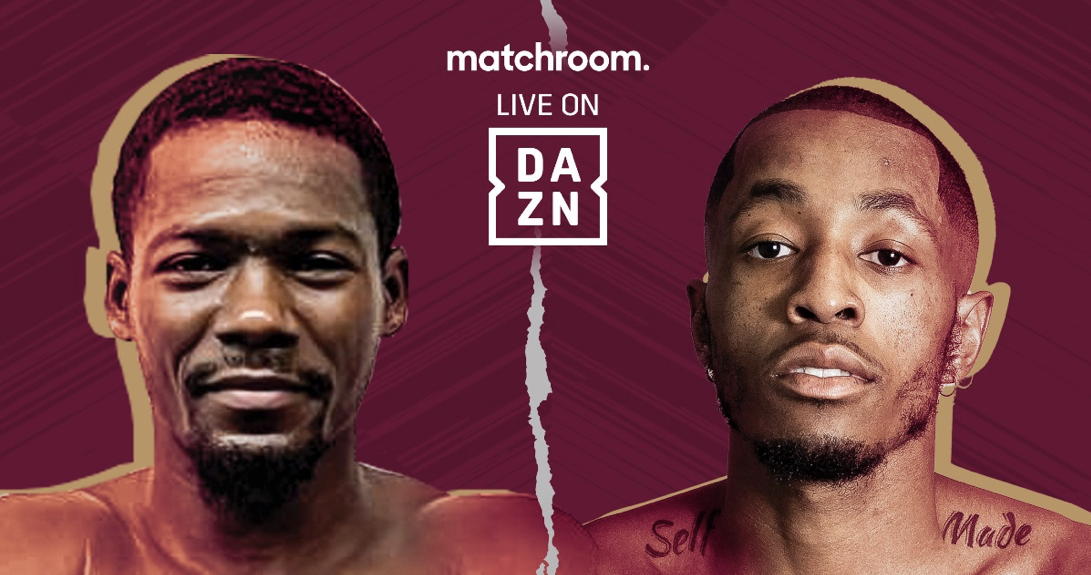 Montana Love’s first headline hometown show will be a family affair as his older brother and Olympian Raynell Williams continues his return to boxing at the Rocket Mortgage FieldHouse in Cleveland on Saturday November 12 – with Khalil Coe and Nikoloz Sekhniashvili also added to the Ohio bill.
TICKETS ARE ON SALE NOW FROM THE ROCKET MORTGAGE FIELDHOUSE WEBSITE

Williams (13-1 7 KOs) returned from a near five-year absence from the ring in September with a stoppage win in Cleveland in the final round of six, and the Team USA 2008 games man will face fellow Ohioan Ryizeemmion Ford (8-2 6 KOs) over the same distance.

“This is a dream come true for me,” said Williams. “Fighting at home, in Cleveland, on a card headlined by my brother – it doesn’t get much better than that.

“It felt great to finally step back into the ring last month, and I’m excited about getting right back in there, and working my way back into contention. I know Ford well; he’s an Ohio boy just like me. I respect him as a fighter, but he’s simply not on my level and on November 12 I plan to put on a show.”

Khalil Coe fights for the third time in 2022 and will do so over six rounds against the unbeaten Bradley Olmeda. Coe (3-0-1 2 KOs) is looking for win number three of the year having stopped Dylan O’Sullivan in Phoenix in February and followed that with a points win in his first six rounder against William Langston in New York in April.

The New Jersey talent now meets Puerto Rican Olmeda (5-0 3 KOs) who himself has two wins to his name in 2022 and fights for the third time in the States with plenty on the line in a battle of the undefeated Cruiserweights.

“I’m very excited for this fight,” said Coe. “These are the type of challenges I want at this stage of my career. I’ve had a great training camp and I’m ready to show that on November 12 against a very tough, determined, and undefeated opponent.”

“I want to thank Eddie Hearn and Matchroom for this great opportunity to fight on this show,” said Olmeda. “I am ready, prepared, and confident I will win this fight and show the world what Bradley ‘The Underdog’ Olmeda is made of.”

There is a fascinating Super-Welterweight clash on the card, as Nikoloz Sekhniashvili faces David Rodriguez. Sekhniashvili (7-1 5 KOs) returns to action in Cleveland after over a year out of the ring and will do so against the undefeated Rodriguez (6-0 2 KOs) over six rounds. Sekhniashvili turned pro in April 2018 after seven years on the Georgian national team and recorded seven wins with five inside the distance before tasting defeat in New York in August 2021.

It’s a huge opportunity for Rodriguez to make a name for himself in the biggest fight of a career that the 27 year old juggles with being a Health teacher at LeBron James’ I Promise School in Akron, Ohio.

“I am excited to be a part of such a great event in Cleveland,” said Sekhniashvili. “I am fighting an undefeated fighter and will show everyone that I am a World-class Super-Welterweight prospect. Thank you to Matchroom and my team for providing the opportunity.

“I’ve fought in nationals, in Cuba, and been in the ring with World champions; it’s my time,” said Rodriguez. “I’ve fought punchers my whole boxing career, I know exactly what to do, this moment is everything – I won’t lose.”

Love headlines his first hometown show against Australian Steve Spark on November 12, and the fights above join an already stacked undercard that sees Matchroom’s newest Stateside signing, Richardson Hitchins, fight for his first pro title when he takes on Yomar Alamo for the IBF North American Super-Lightweight title, Raymond Ford continues to catch the eye in his rise in the Featherweight division and defends his WBA Continental Americas title in Cleveland against Sakaria Lukas and Christian Tapia takes on Cleveland’s Thomas Mattice for the WBA Continental Americas Super-Featherweight title.