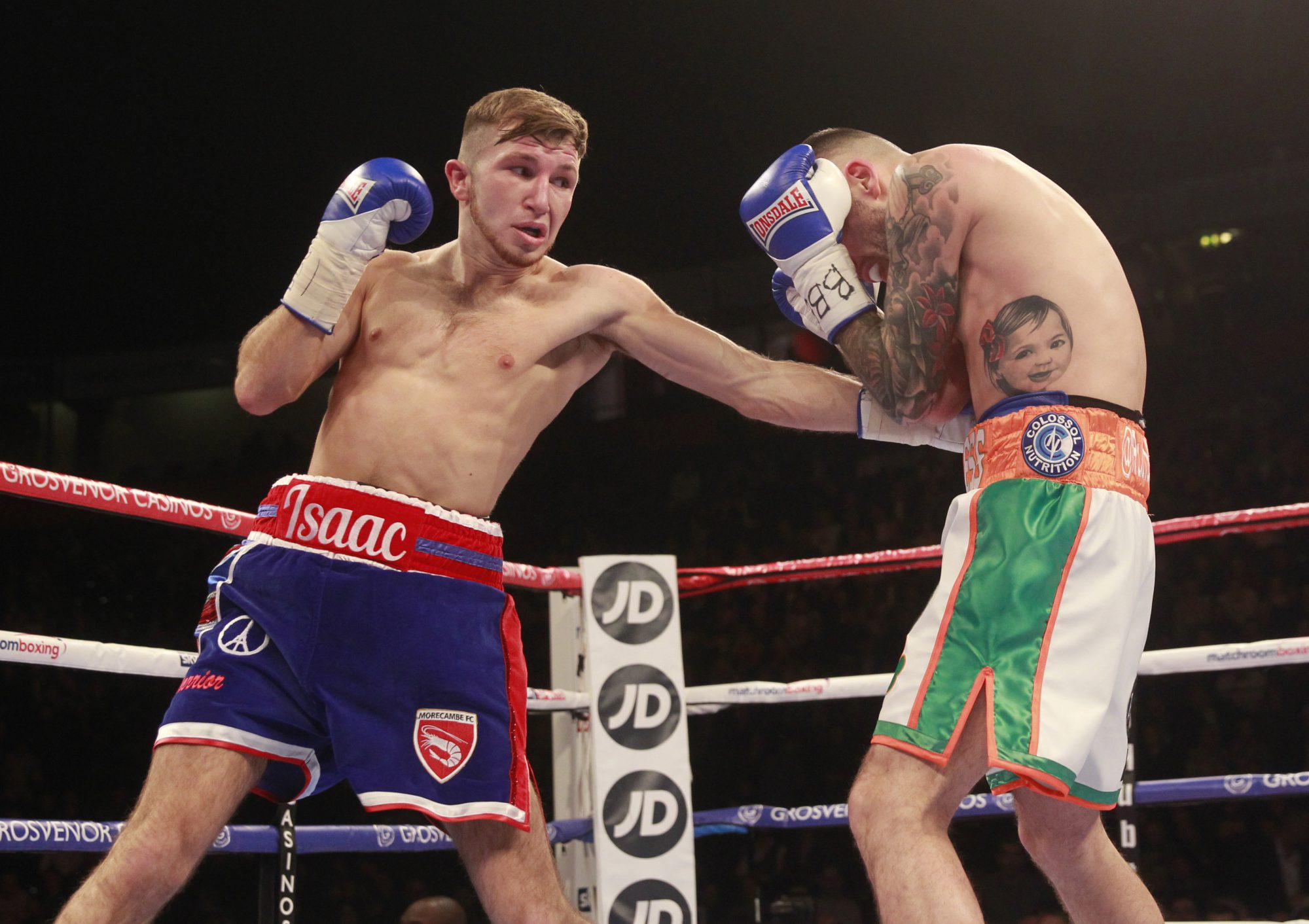 Lowe: North West Fans Will Roar Me To Victory Against Belfast’s Mccullough

Isaac Lowe wants fan power to roar him to victory as he challenges Marco McCullough for the vacant Commonwealth Featherweight title at the Manchester Arena on Saturday night (February 27) liv on Sky Sports Box Office.

Frampton brings a legion of fans over from Belfast who will be backing McCullough to land his first major title, but Lowe has warned him that the local fans are just as passionate and they will push him on to add the Commonwealth strap to his English title.

“They keep saying about all the Irish fans that will be here tonight but there will be a lot of English in too,” said Lowe. “I’m a North West boxer and I hope the North West fans will get behind me. I might get a few boos when I get in to the ring from the Belfast fans but I’ve been brought up getting called bad names and getting booed so it’s just going to inspire me even more to go in there and prove them all wrong. When the fight has finished they will be clapping for me at the end of the night, so I’m looking forward to it and looking forward to proving so many people wrong.”

Lowe landed the English belt in September in Leeds with a ninth round stoppage win over Jamie Speight and held onto it in this arena in November via a split draw against Ryan Doyle.

Lowe turned 22 in January and can now hold two major belts with the prospect of more to come for the winner in 2016 – and the Morecambe youngster still cannot believe how far he’s come in the last year.

“To win the Commonwealth title would be a dream come true,” said Lowe. “I never thought that at the age of 22 I would be fighting for the Commonwealth title on such a big bill on Sky Sports Box Office. To win this I would have conquered so much in my career so early. I am probably 15 months ahead of myself but you have to take the chances when they come.

“After winning this there will be so many big fights ahead of me and so many good boxers wanting to fight me. I can develop into the weight division and I’ll be even better in a couple of years’ time when I start peaking at my weight. At 24 or 25 years old I could be contesting World titles, which is what my aim is. But first I have to get through tonight and develop into my weight division properly.

“It has been a rollercoaster journey last 12 months for me. From fighting in front of 600 people on a small hall show I got my English title shot on the big show in Leeds. It’s thanks to Steve Wood and Eddie Hearn for getting me on these massive shows.

“I never thought in my wildest dreams that at the age of 22 I would be fighting on such big shows as Anthony Crolla’s World title and Josh Warrington’s European title fight. Now I am on one of the biggest shows we have seen in Britain with Carl Frampton and Scott Quigg fighting and I am looking forward to it so much.”

Lowe’s battle with McCullough is part of a huge night of action in Manchester as Frampton and Quigg put their IBF and WBA Super-Bantamweight titles on the line in a blockbuster bout.